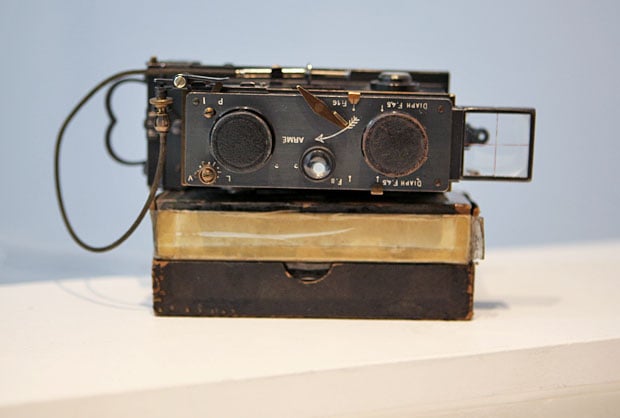 Two years ago, photographer Chris A. Hughes purchased a 1914 French Richard Verascope camera (shown above) from an elderly man who was clearing out his camera collection in preparation for retirement. When he got into his car after the purchase, Hughes was surprised to find two packages of slides in the camera’s leather case.

Upon closer examination, he discovered that the photographs on the slides were captured by a French soldier during World War I.

All of the slides had “metadata” scribbled onto them, from the dates and locations they were snapped to random notes handwritten by the photographer. Some showed the daily life of the soldier, while others showed graphic images of death and destruction:

You can find a larger collection of the scanned slides here.

After this interesting find, Hughes developed what he calls a “strange obsession” for found film. He was already an avid vintage camera collector with over 300 unique cameras dating back to 1847, but now he has shifted his focus to searching for vintage cameras in which the film is still loaded in the body.

His first catch with this new project was a Kodak Boxed Camera from an antique mall. The camera still had a roll of film inside containing photos that were over 60 years old. The whole package cost Hughes just $10.

After returning to his darkroom, Hughes managed to salvage 16 photos from the roll.

Since that Kodak camera, Hughes has taken his search for found film across North America. He has purchased a large number of cameras and over 50 rolls of antique film. Due to the high development costs, he has been developing them at a rate of one roll per week.

The results are being published through a webpage in which each gallery starts off with a photo of the camera the film was found in: 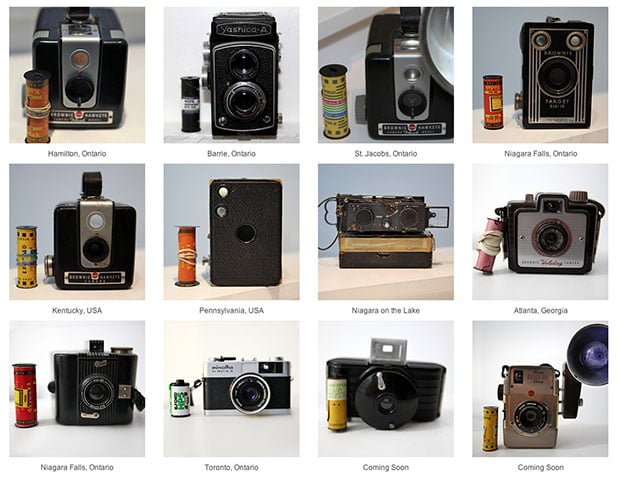 Here’s a sampling of some of the cameras Hughes has found, along with a sample photograph found within each one:

A Kodak Hawkeye Brownie purchased for $8 in Hamilton, Ontario: 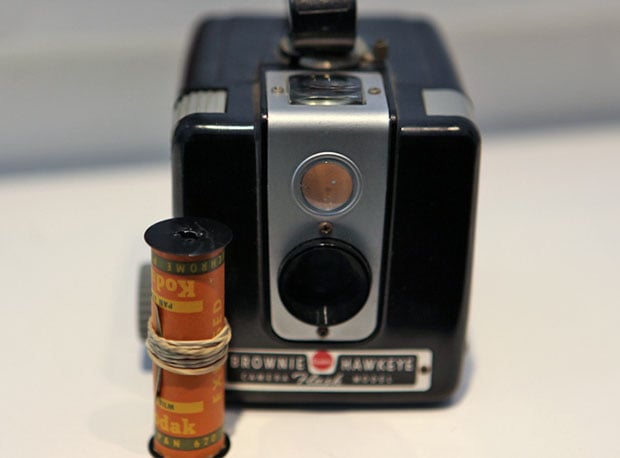 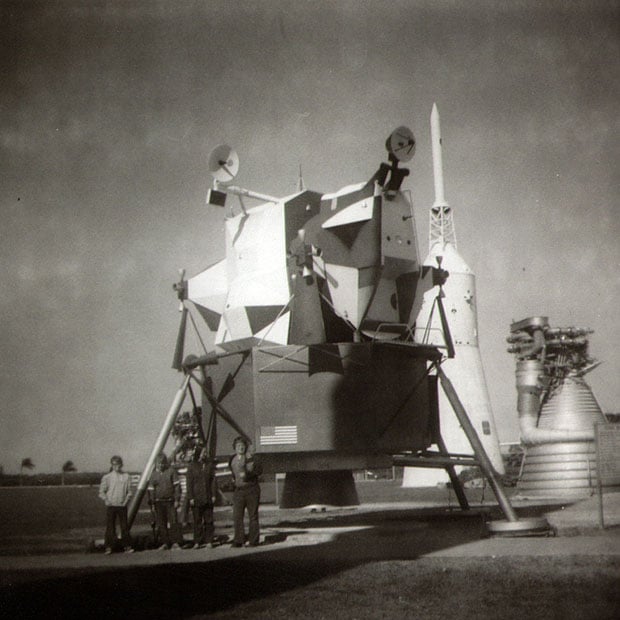 A 1960 Yashica found at an antique flea market near Barrie, Ontario: 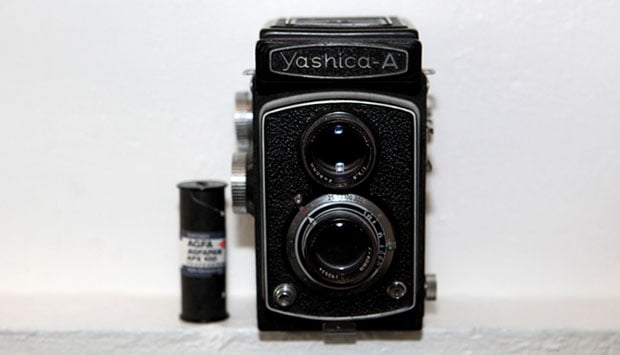 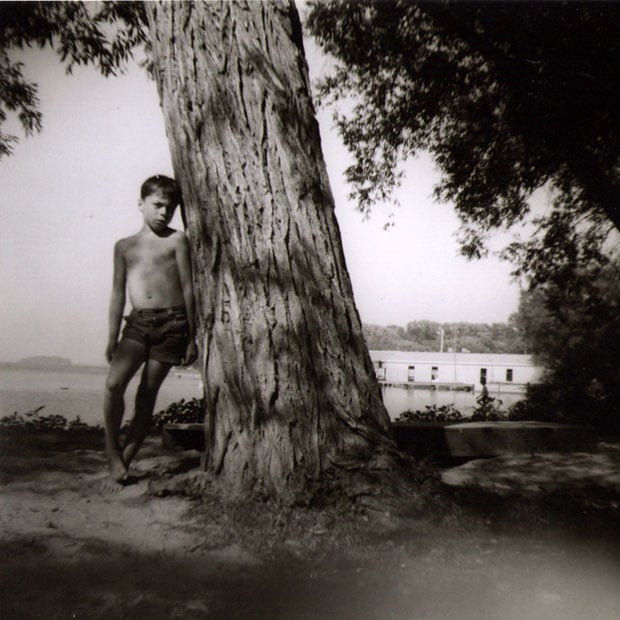 A Kodak Hawkeye Brownie purchased for $10 at an antique mall in St. Jacobs, Ontario: 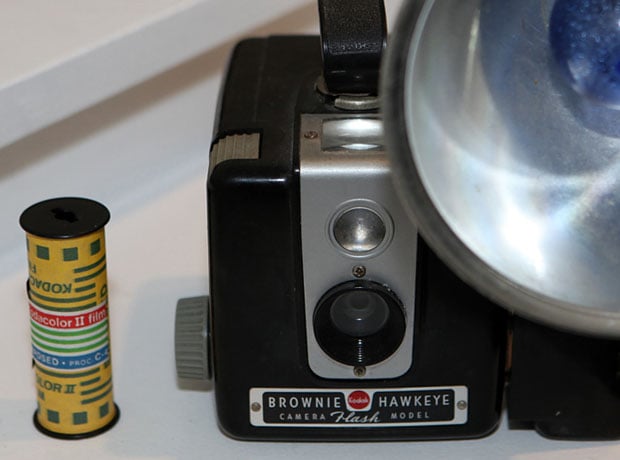 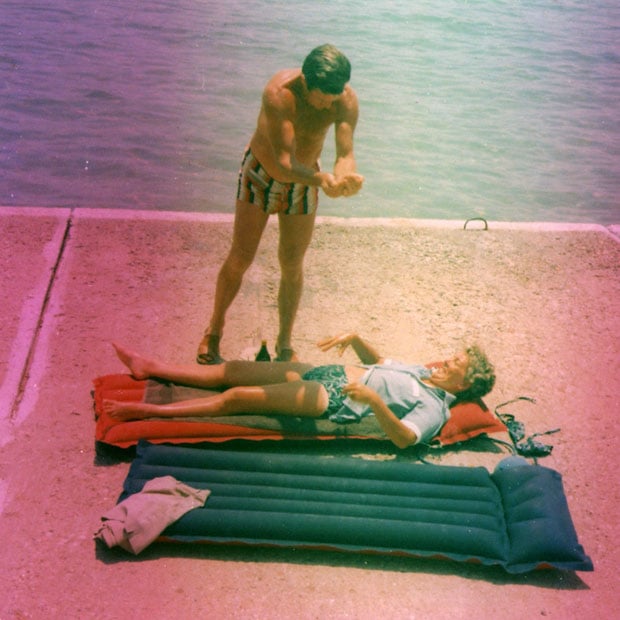 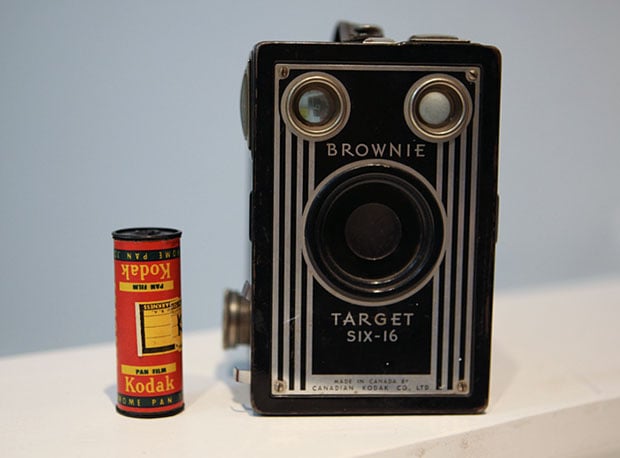 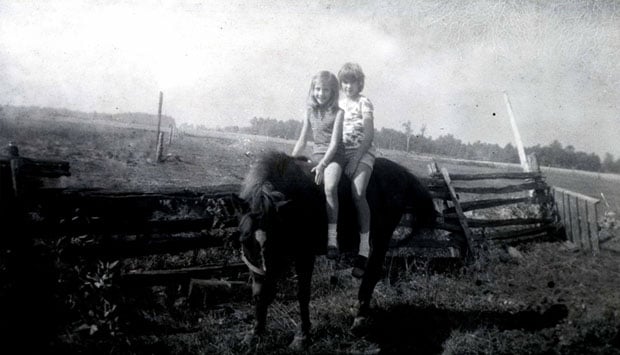 A Kodak Box Camera found during a roadtrip through Gettysburg, Pennsylvania: 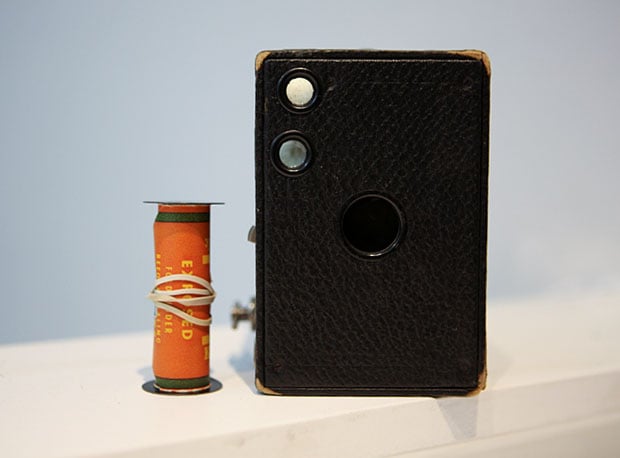 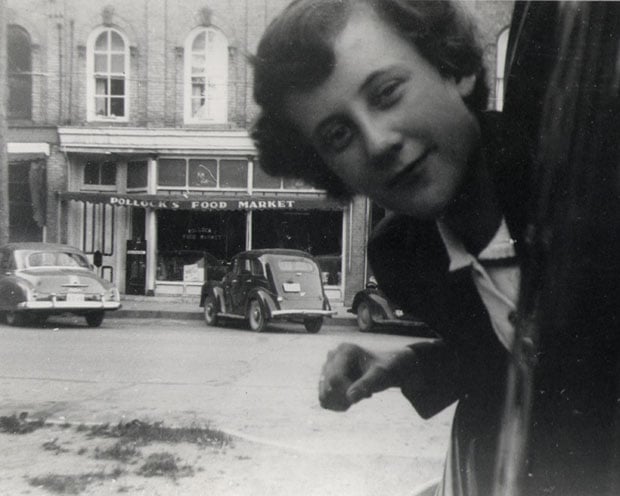 Hughes says that he’s receiving more and more interest in the project as more cameras and film scans are added to the site. Head on over to the Found Film website to check out all of the published photographs so far.