Industrial and interaction designer Ruben van der Vleuten always wondered what happens to a package when you sent it in the mail. From A to B is his way of answering that question; a short film shot with a home-made hidden camera that he attached to the inside of a box and then shipped.


In order to get the kind of footage he wanted, van der Vleuten built a special timer circuit to run the tiny camera. The Arduino circuit was set to film 3 seconds of video per minute when the camera was standing still, and more when it was moving so he wouldn’t miss anything interesting. 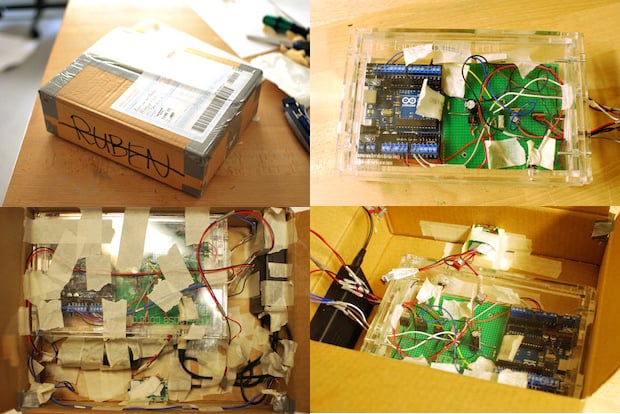 Fortunately for Vleuten, nothing went wrong, and so the final video answers all of his questions. It shows the package’s entire trip: from ‘home,’ to the post office, to the distribution center, onto a delivery truck, and to its final destination where his friends were there to receive it.