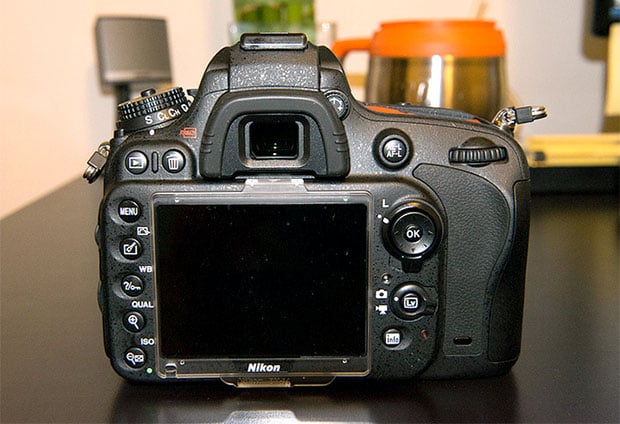 When Nikon launched the D600, the DSLR was advertised as being on par with the Nikon D800 in the realm of video recording. There was soon grumbling, however, when owners noticed that HDMI output from the camera was crippled: there were black bars around the frame that weren’t present in D800 footage. People immediately began pointing fingers at Nikon, accusing the company of intentionally hamstringing the D600 in various ways so that it wouldn’t cannibalize sales of the D800 too badly.

Well, Nikon heard the complaints, and has now addressed them by releasing a firmware update for the D600 that does away with the black bars.

The new C: 1.01 firmware update includes a number of fixes and adjustments to the camera (e.g. compatibility with certain lenses, improvement subject tracking, and small quirks that users have reported), but the main one is the 100% HDMI output:

Frame output size has been changed from 95% to 100% when movie live view display is changed to “Information off” and an HDMI-compatible device is connected.

Nikon has also announced new firmware updates to the D800 and the D800E. The main fix with those cameras addresses a bug that caused exposure preview to always be on when shooting in live view and in manual mode. This would cause LCD screens to go dark when aperture was stopped down.

Some people were expecting the D600 firmware to fix a bug that prevents aperture from being changed during live view video recording, but that fix didn’t show up in the update. The same issue reportedly happens on the Nikon D7100 as well. If this is something that has been frustrating you, you’ll have to cross your fingers and hope Nikon addresses it in the next firmware update cycle.