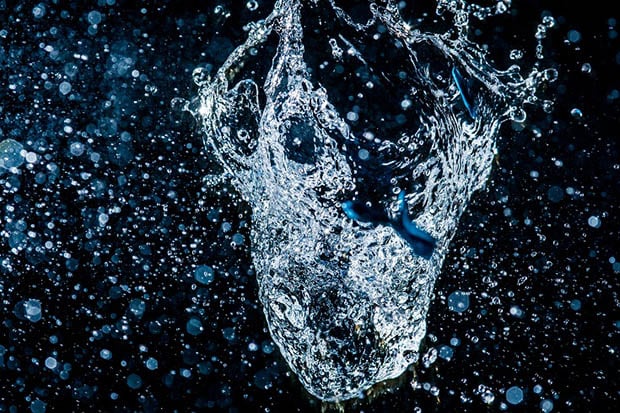 Here’s a tutorial on how to capture an exploding water balloon in the precise moment the balloon pops, while the water still holds the shape of a balloon. I didn’t want to invest any money in laser barriers or something similar, so I built a very simple mechanism. It doesn’t give me perfect timing, but it produces acceptable results. 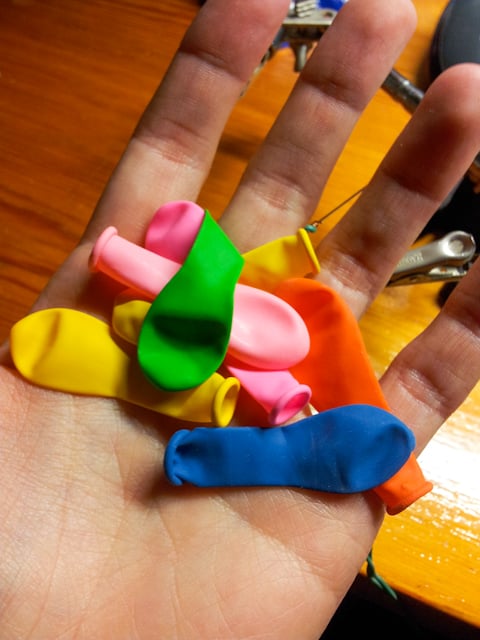 About the shutter trigger: my Canon 5D Mark II uses an N3 connector, so I cut an old shutter cable to build the new one. It has three wires (Ground, Shutter, Focus) that will allow us to make a photo by doing a short circuit between Shutter and Ground wires.

Here, I’ve marked with a green dot the two necessary pins in the photo of the N3 connector: 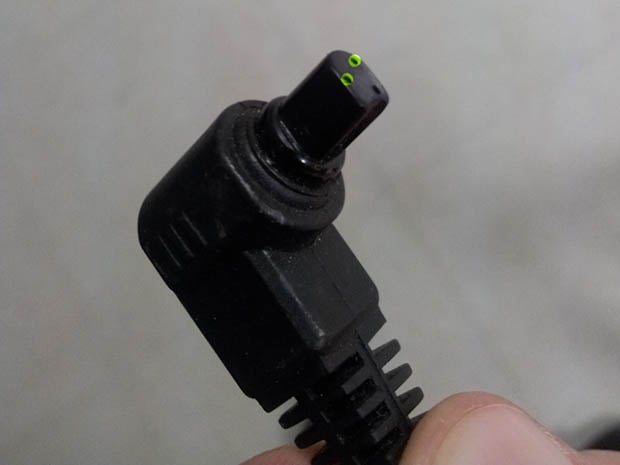 It’s not necessary to use the Focus wire since the camera will be in manual focus.

To build the other side of the wire, I welded each wire (Shutter, Ground) to a needle. 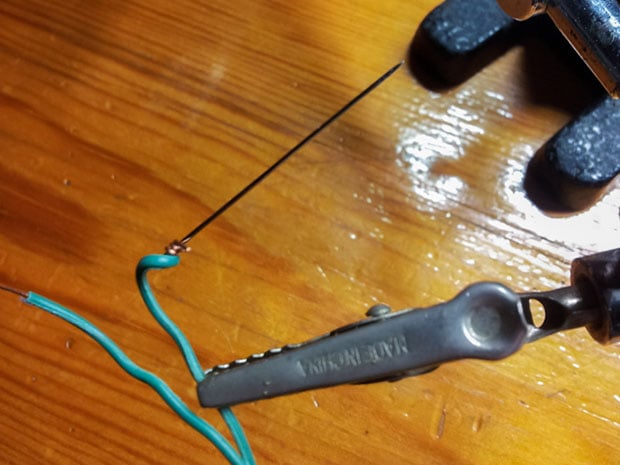 Then I used the hot glue gun to attach the needles to a long piece of plastic with a little inclination so that if the needles touch a rigid surface they will touch each other. 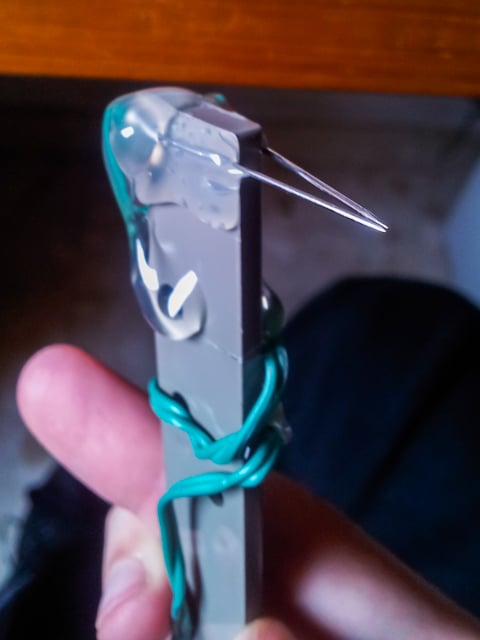 My initial idea was that the water of the balloon would short circuit the two wires, but at practice it didn’t result in my case, so with a little inclination in the needles they also touched each other when breaking the water balloon.

To hold the lever I used the materials I had at home, but it’s possible to hold it in many other (and better) ways. 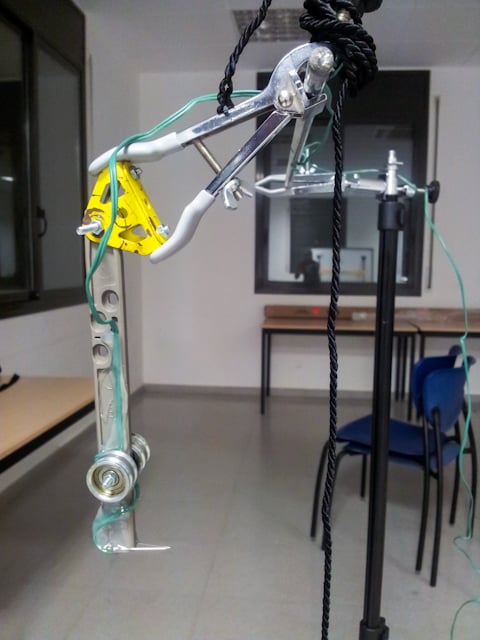 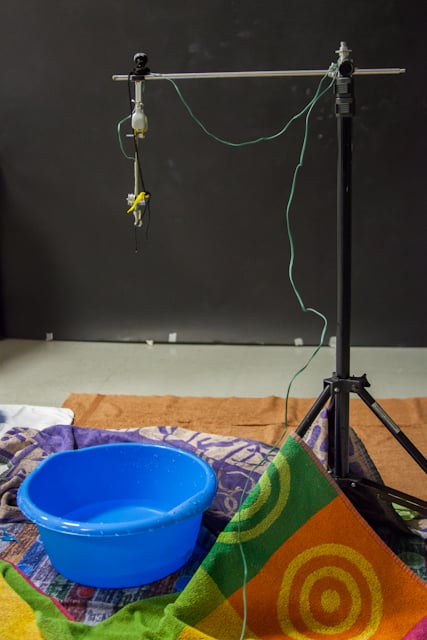 Once the setup is mounted, a water balloon is hold with a string in front of the lever so that when the lever is released it will break the balloon and the needles will also touch each other to activate the camera shutter and make the photo, so the only thing we have to do is hold the lever in a higher position and release it to make each photo.

Here are a couple of photographs of the test results: 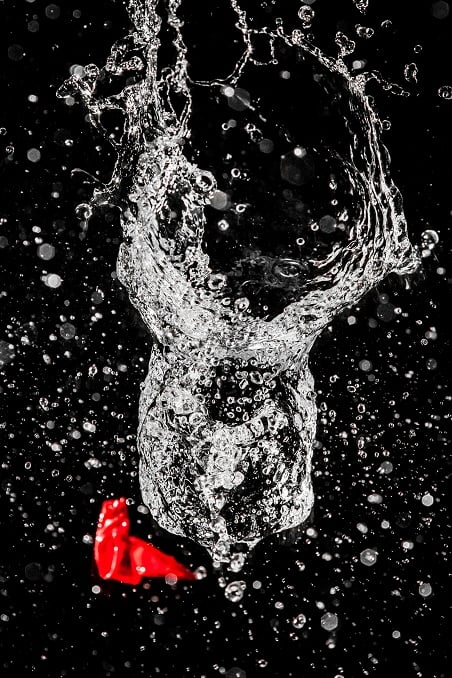 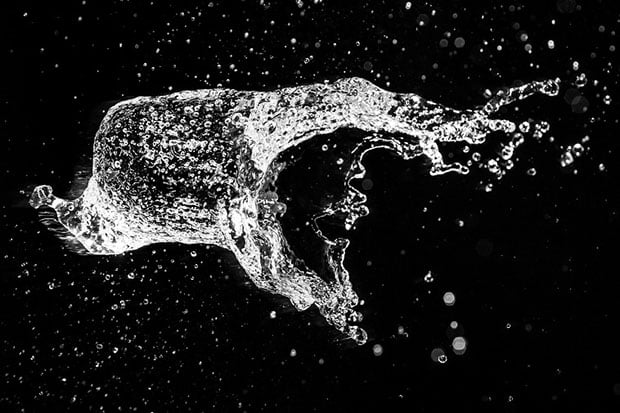 Here’s a video showing my mechanism in action:

As you can see the results are quite different between each other, because the timing is a little unpredictable. There are a lot of ways to improve on this concept, such as trying to anticipate the explosion by placing the shutter cables in another place in the lever or changing the way the wires touch each other.

About the author: Oriol Domingo is a photography enthusiast and computer programmer based in Barcelona, Spain. Visit his website here and his Flickr page here. This article originally appeared here.