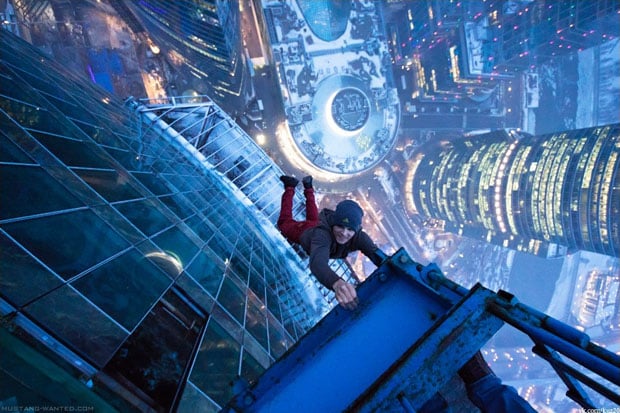 “Skywalking” is a photo fad that gained quite a bit of publicity last year, and many of the crazy images were created by thrill-seekers in and around Russia.

A Ukranian daredevil who goes by Mustang Wanted is taking the concept one step further: rather than simply climbing to high locations and photographing his feet on the edge, the 26-year-old man poses for portraits while hanging off edges by his arms and by his legs. The concept could be described as, “skyhanging.” 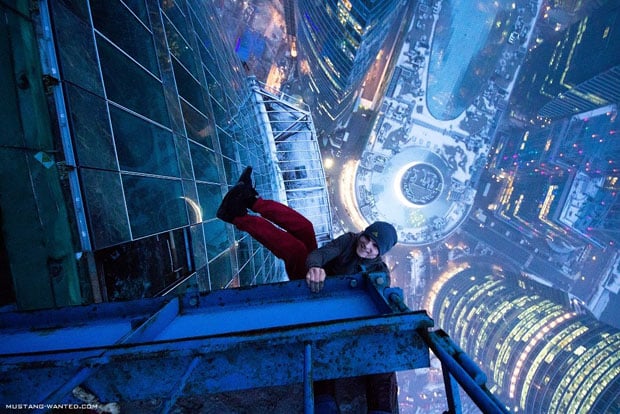 Sometimes described as a “real life Spiderman,” Mustang Wanted started out as a legal advisor before deciding to pose for death-defying photos in an effort to become a professional stuntman. His photos are shot from things such as tall buildings, cranes, and bridges.

He began gaining popularity online after posting his photographs and videos to his website. They quickly found their way across the world and across the Web. 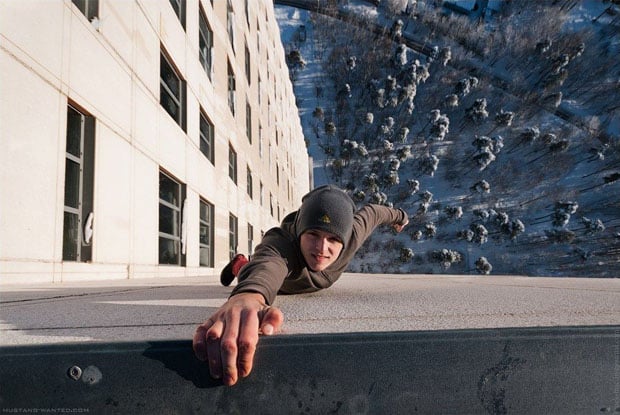 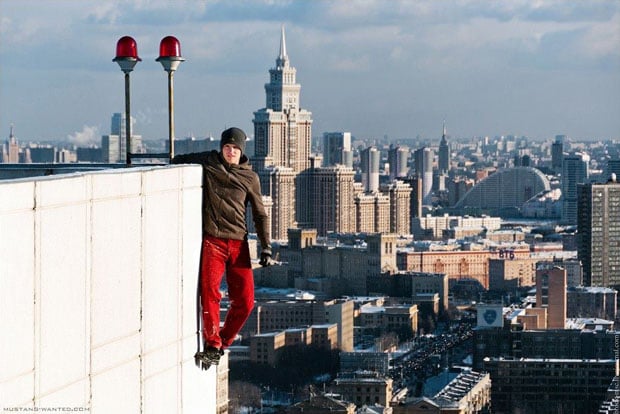 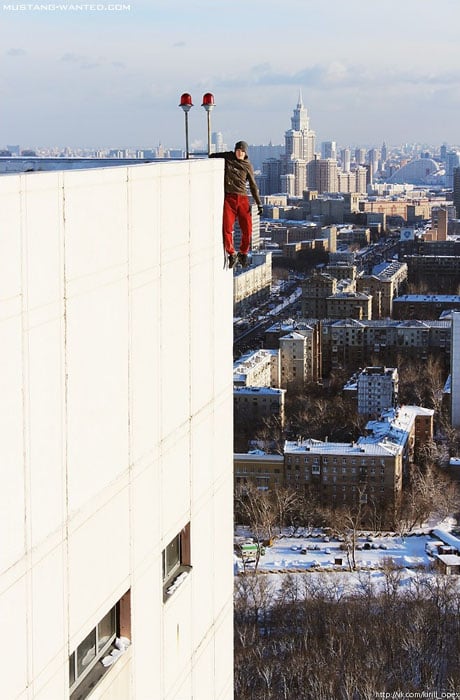 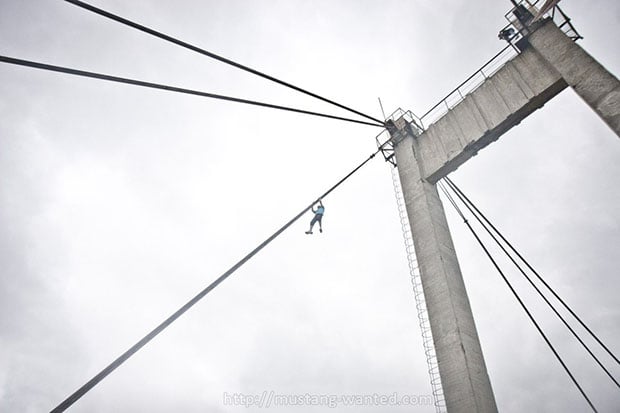 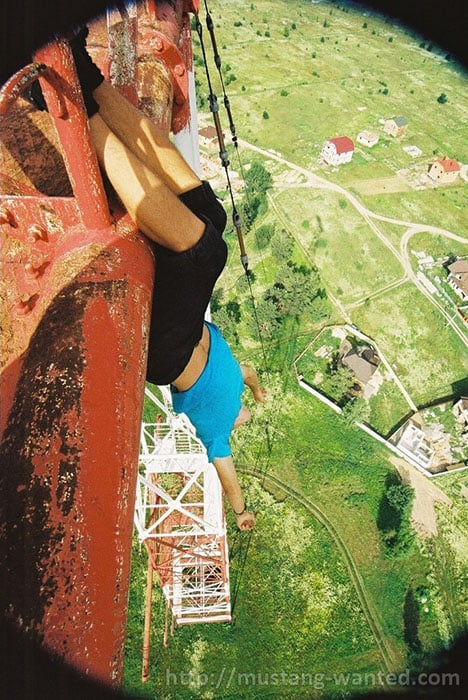 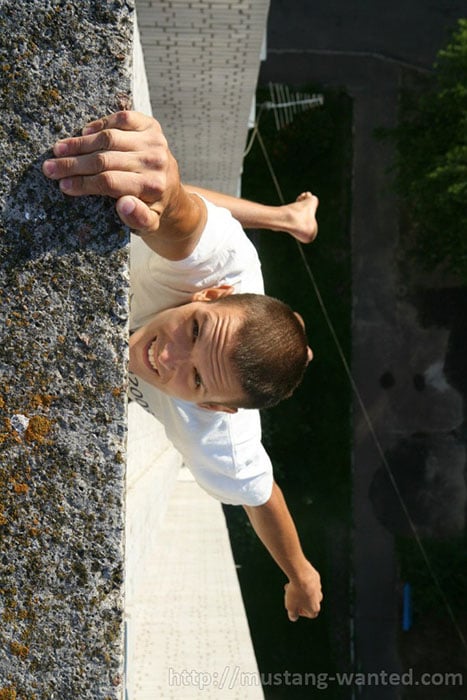 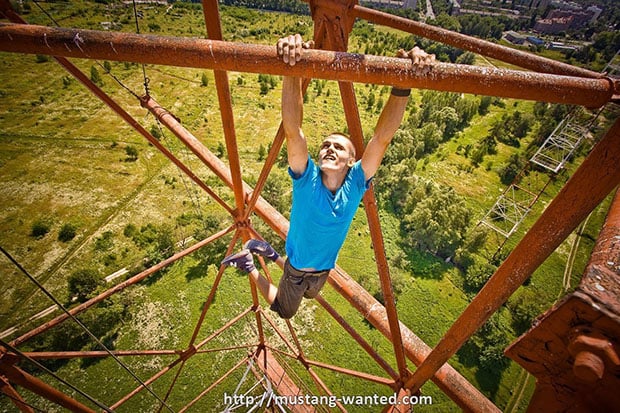 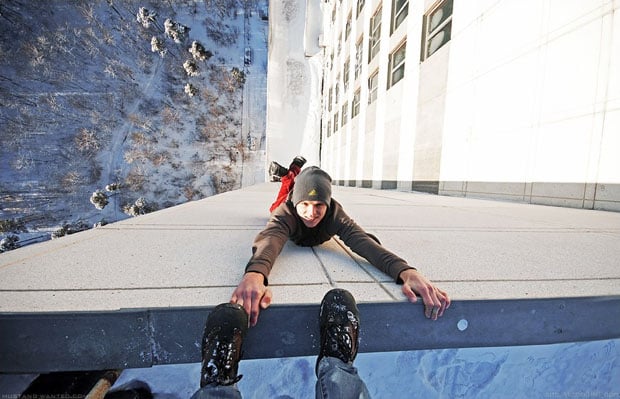 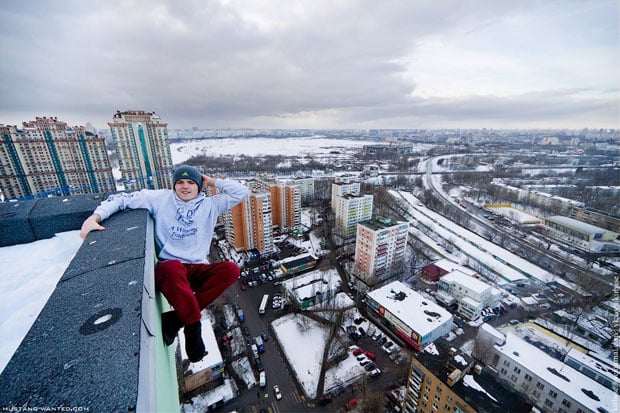 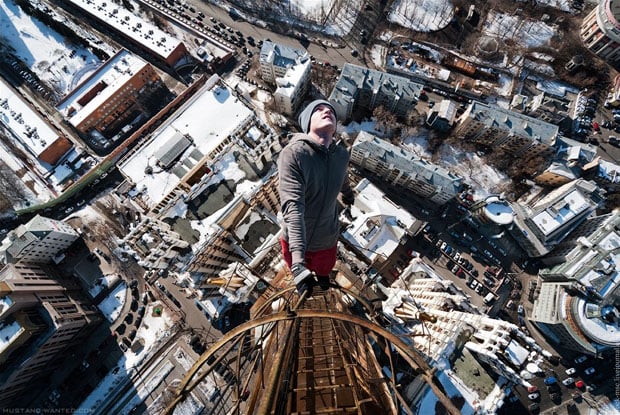 Here are a couple of behind-the-scene photos showing how the images are made: 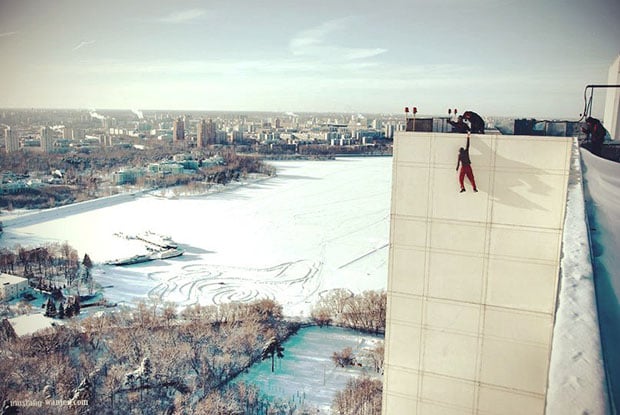 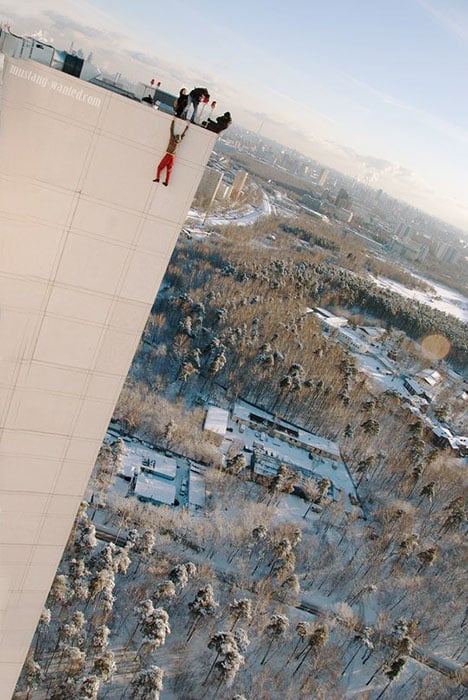 As you can see, there’s no trickery… and no safety mechanisms. Needless to say, you probably shouldn’t try this at home… or anywhere else on Earth, for that matter.

You can find more of Mustang Wanted’s photographs over in the gallery on his website.

Photos by Mustang Wanted (via Photoblog.hk)

Image credits: Photographs by Mustang Wanted and used with permission