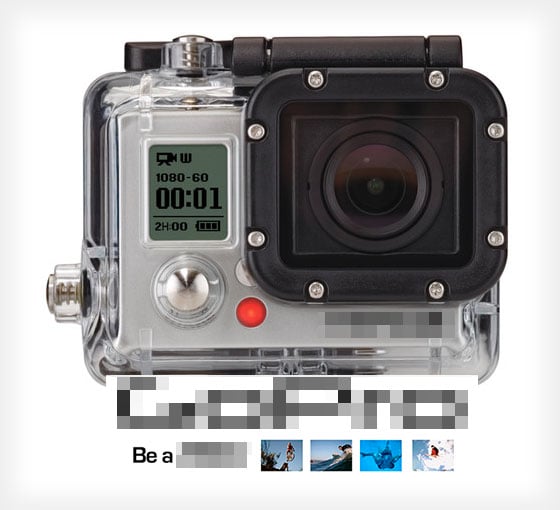 Apparently GoPro isn’t very fond of its cameras being compared to rival action cameras. The action camera pioneer has sent DigitalRev a DMCA takedown notice after the latter published an article last month comparing GoPro Hero 3 with the Sony HDR-AS15.

We are providing you this letter of notification pursuant to the Digital Millennium Copyright Act 17 USC??512(c) to make Softlayer.com aware of material on its network or system that infringes the exclusive copyrights of Woodman Labs, Inc d/b/a GoPro (“Company”). We hereby affirm that the undersigned is authorized to act on behalf of Company whose exclusive intellectual property rights we believe to be infringed as described herein.

We have a good faith belief that the Internet site found at digitalrev.com infringes the rights of the Company by using the following trademarks of the Company:

Accordingly, we hereby demand that Softlayer.com immediately remove or disable access to the Infringing Material at:

As you may know, if this information is not removed after notice that complies with the DMCA, the Internet Service Provider may also be held liable for the copyright infringement.

I represent that the information in this notification is true and correct and that I am authorized to act on behalf of the trademark owner.

DigitalRev immediately took the original article down. Here’s a screenshot of what it looked like: 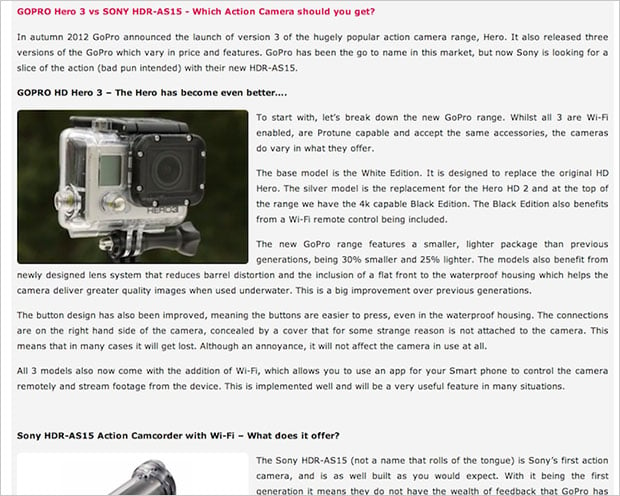 They also published a blog post titled “GoPro doesn’t like their Hero 3 compared to Sony’s AS15?,” bringing the whole dispute to the public’s attention.

It appears that our friend at San Mateo doesn’t like us comparing their latest product to the Sony AS15. Earlier today we have received a DMCA take down notice from GoPro for mentioning their trademarks “GoPro” and “Hero” without their authorisation. They say “you learn something new everyday”, and this is clearly an eye-opener for us here. It appears that we’ll need their authorisation to review their products.

Those who are familiar with DMCA (Digital Millennium Copyright Act) might know that more than 50% of DMCA notices are filed with an abusive nature to suppress freedom of expression or to prevent fair competitions. We hope GoPro is not suggesting, with this DMCA notice, that camera reviews should be done only when they are authorised by the manufacturers.

It would be quite unfortunate for camera review websites if negative reviews could be wiped from the Internet simply because company and product names were mentioned in the articles. We’ll likely see GoPro issue an explanation (and hopefully apology) in the very near future as this story spreads.

The letter that was posted next to the review on DigitalRev was not sent in response to the review. Obviously, we welcome editorial reviews of our products. This letter was sent because DigitalRev is not an authorized reseller of GoPro products and they were using images and had incorrect branding and representation of our product in their online commerce store. As part of our program – we ask merchants who are selling our product to use authorized images. That is why DigitalRev was contacted. But – our letter did not clearly communicate this and that is something we will correct.