On November 21st, 2012, Matthew Hartman attempted to pull off an epic marriage proposal that his girlfriend would talk about for the rest of their lives. He led her to a large rock surrounded by ocean waters at Laguna Beach, California, and then sang her a song that he wrote for the occasion. Then he got down on one knee to pop the question. Or, at least that was the plan.

A large ocean wave had other plans for the couple. At just the wrong time, it decided to crash the party and sweep the girl off her feet before Hartman could. The whole thing was captured by friends in the video above.

Photographer and friend-of-the-couple Jonathan Hwang was on hand to shoot photos of the proposal as it went down. He was able to capture the whole thing in a series of images that the two lovebirds will treasure forever: 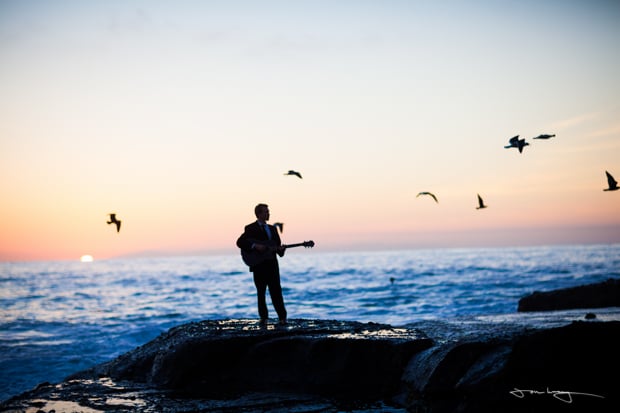 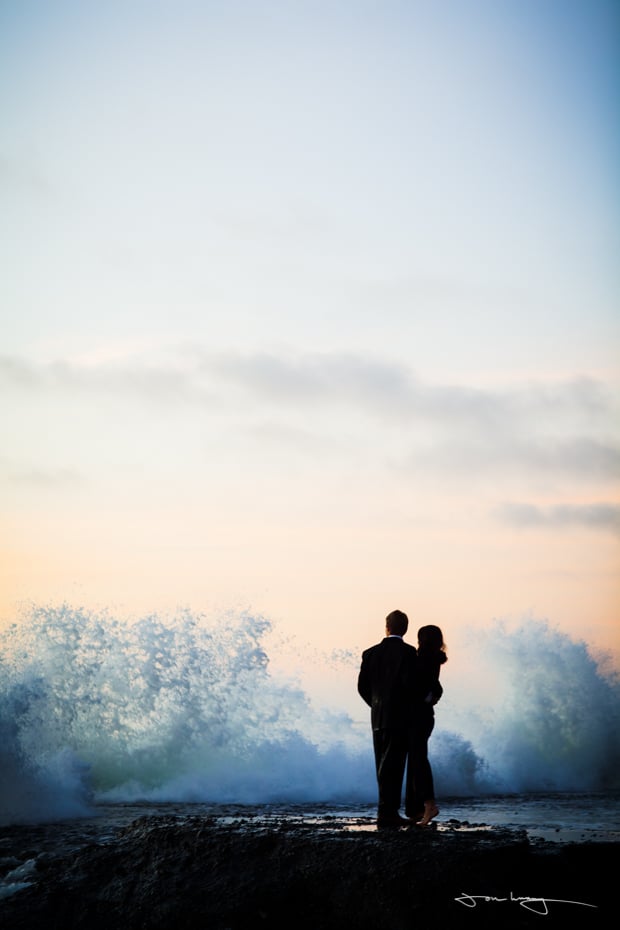 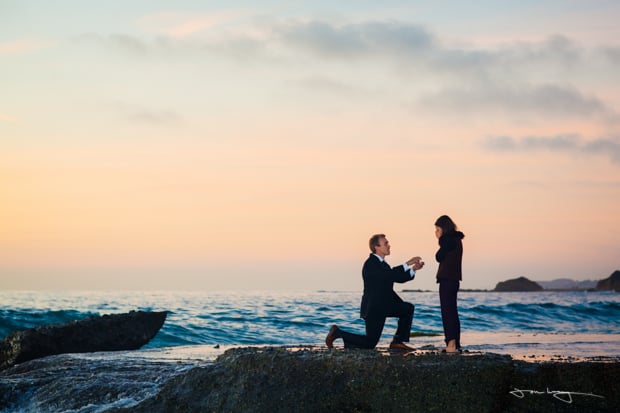 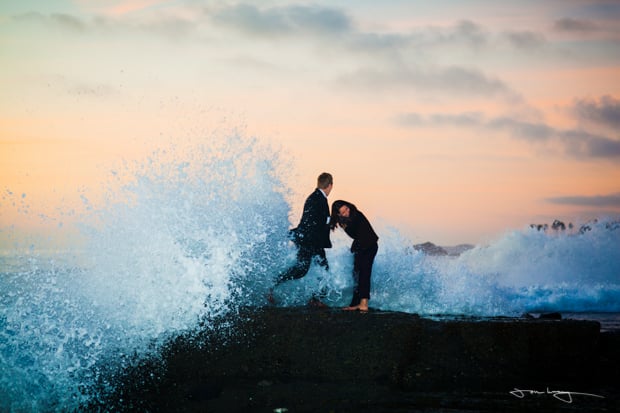 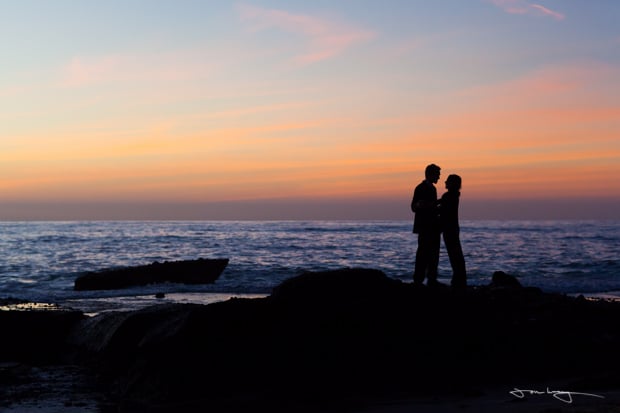 Here’s the story of what happened according to Hwang:

Ever since I got into the portrait photography world, I made it a goal of mine to capture that classic (and perhaps overused) shot of a couple standing on some sort of rock by the sea with a wave splashing up in the background; so when Matt told me about his plan for the proposal, I was ecstatic!

On the day of the event, I arrived just as his friends were laying down a path of candles out to the rock that Matt was planning to stand on. That idea was quickly swept away as an enormous wave engulfed both the candles and the friend who was laying them down. Having witnessed that scene, everyone began to panic and we almost decided to have the proposal on the beach instead of out on the rocks. I tried my best to reassure everybody, telling them, “What are the chances of it happening during the actual proposal?”

However, I was secretly hoping that the odds would be on my side and that they would get swallowed by a wave. After all, that was the shot I had dreamed about. Little did I know that I would get my chance right as the ring makes its first appearance. Looking back, it probably was not the wisest thing to put the two in potential danger, and thankfully nobody was hurt.

Furthermore, Matt was able to close the ring box moments before being washed away by the wave. After the two examined themselves for any injuries and finding none, Matt slowly opened the box and let out a huge sigh of relief upon discovering that the ring was still there.

In the end, it might not have been the most thought out proposal, nor was it safe by any means, but the results from that day turned out to be both spectacular and breathtaking–literally!

At the end of the day, the proposal was a success, and the photographer snapped a series of photos that most other couples probably wouldn’t ever ask for.

Image credits: Photographs by Jonathan Hwang and used with permission

Embroidered Photographs That Illustrate the Failures of Photography