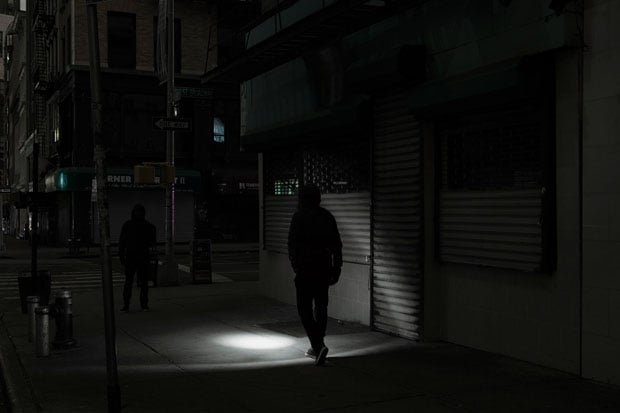 To view photographer Romain Laurent’s Shadows project properly, he recommends that you first properly calibrate your screen. The photos are all dominated by blackness.

You see, they were all captured during the major blackout in New York City caused by Hurricane Sandy in late 2012. When the power went out in the city’s financial district, Laurent pulled out his camera in order to do a photographic study of light and shadows in the eerily dark areas of the city.

In this obscurity the few people I crossed were unidentified shadows punctuated by their flashlights. No street life, very few cars, only generators pumping water or providing emergency lights as a loud reverberating background noise. This unusual environment created an overall cautious atmosphere, simply passing by any pedestrians could be somewhat frightening.

He says that the series is about the “surreal impression” he felt while walking around on pitch black streets for hours over several nights. 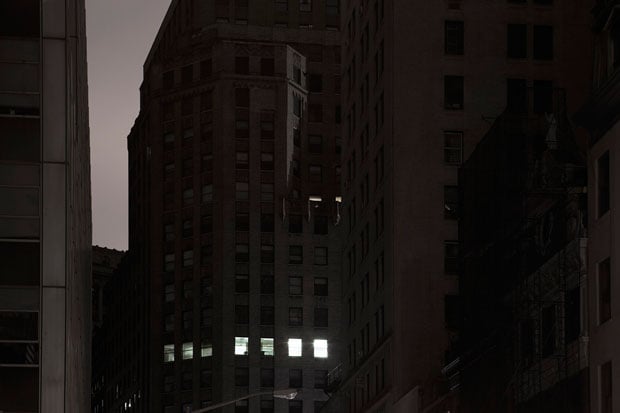 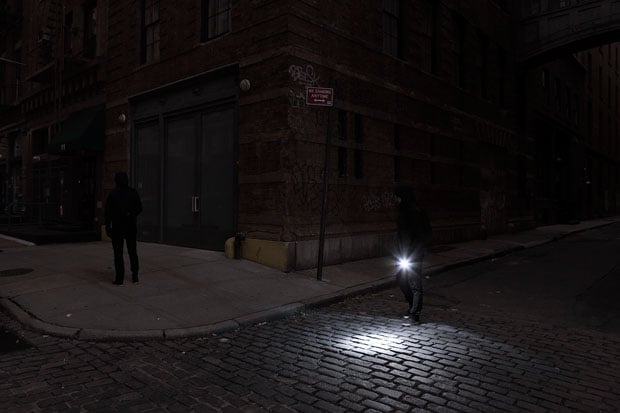 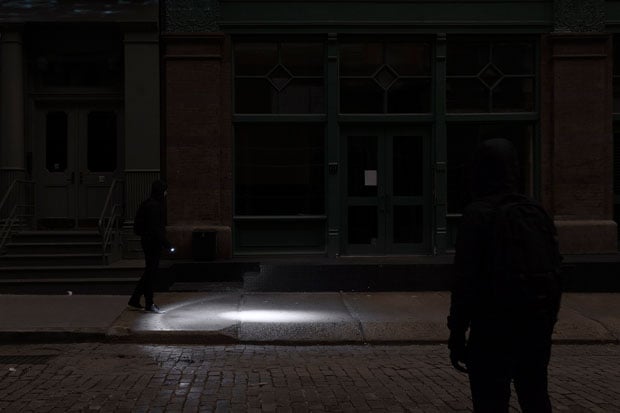 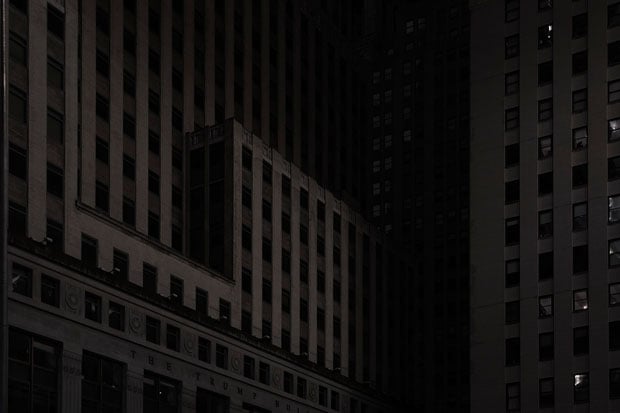 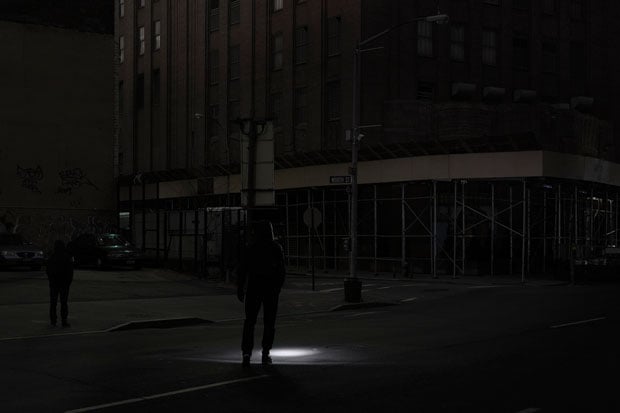 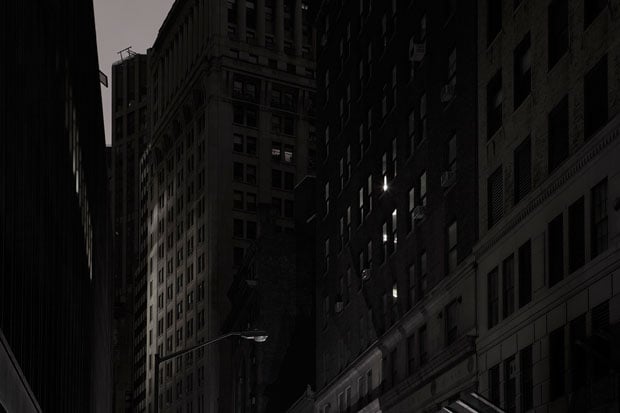 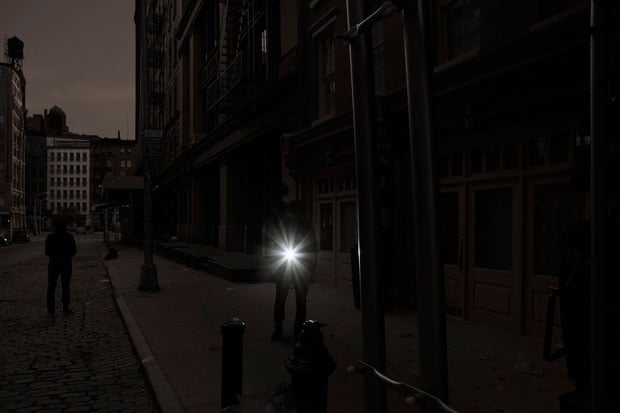 Last year we also shared the work of photographer Randy Scott Slavin, another photographer who had the idea of turning the blacked out city into the subject of a photo project. Unlike Laurent’s work, his photos were long-exposure images in which the city could be more clearly seen.