Want to see what New York City experienced over the past few days? Check out this time-lapse video by Silas Maniatis (SMvideoChan on YouTube). The photographs were captured by a camera mounted to the top of the building at 2 Northside Piers in Brooklyn and snapping away at 2 frames every minute, or 30 seconds between shots.


It starts at 1pm in the afternoon on Sunday October 28th, during the calm before the storm. Things quickly intensify, and by the second day the city is being battered severely by the fierce 80-90mph winds. At around 1m50s into the video, we see the entire right side of the frame go dark due to power outages.

By the time the video ends at 2:30pm on Tuesday October 30th, 2012, the storm has mostly passed, leaving a large trail of destruction in its wake. 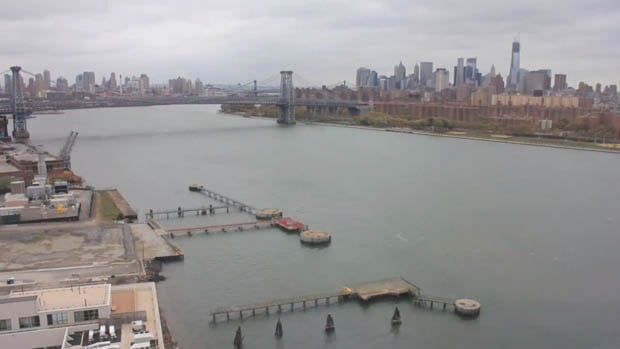 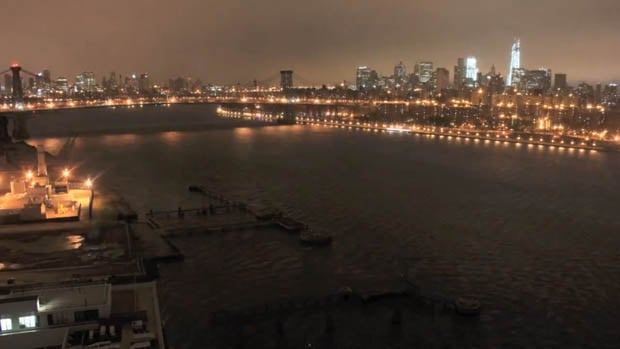 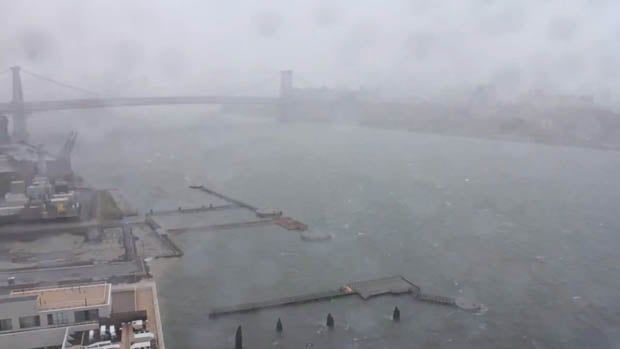 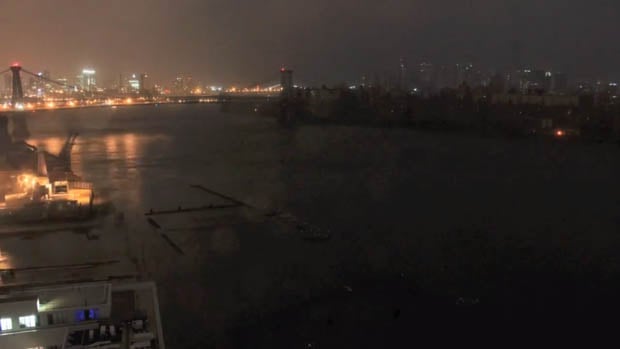 The blackout seen in the time-lapse is what photographer Randy Scott Slavin captured in his NYC Unplugged series of photos, which we featured earlier today.

(via Jalopnik via Laughing Squid)