Chinese photographer and artist Liu Bolin was invited to speak at the TED 2013 conference last week, and talked about his widely published photos that show himself blended into various backgrounds thanks to paint that’s carefully applied to his body. At the end of this talk (which hasn’t been published online yet), he showed a photograph of himself blended into the background of the conference stage. The time-lapse above shows the process that went into making the image.

Here’s the final photograph that resulted: 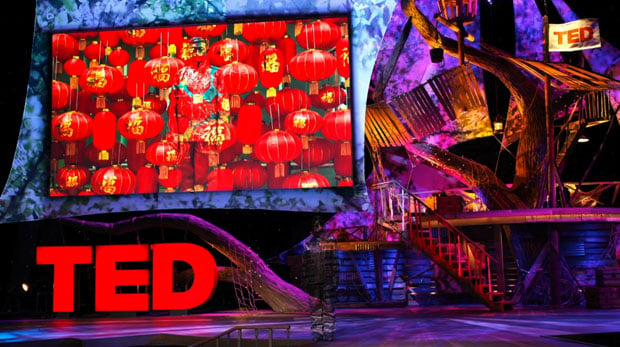 To create this shot, Liu stood on the stage with his outfit pre-painted, and then had the rest of the detail filled in by a painter who received instructions from an assistant standing behind the camera. The painter carefully applied small details of various colors until Liu disappeared into the scene.

For his simpler shots, Liu may stand for 3 or 4 hours during the painting process. More complicated ones can take 3 to 4 days. Everything you see in his images are the result of carefully applied paint — no Photoshop trickery is ever used.

We first featured Liu’s work back in March 2012. You can see more of it through the Eli Klein Fine Art Gallery in NYC.

(via TED via Laughing Squid)

Bay Area Photojournalists Being Robbed of Their Camera Gear

Nikon Announces the Coolpix A, Its First Compact Camera with an APS-C Sensor