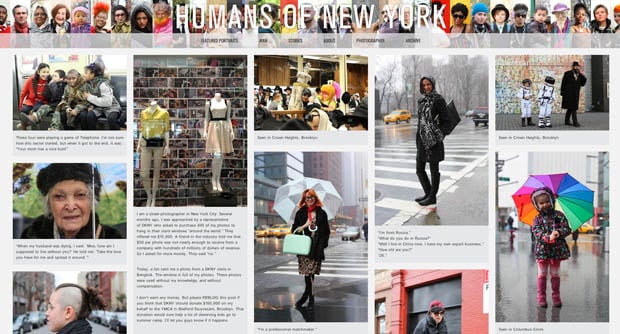 NYC-based street photographer Brandon Stanton’s work has attracted quite a few eyes since he launched his Humans of New York photo project in 2010. Among those eyes were marketing folk at the clothing company DKNY.

Stanton and DKNY had a copyright infringement scuffle yesterday that resulted in DKNY donating $25,000 to the YMCA.

It all started a few months ago when DKNY approached Stanton to license 300 of his photos to decorate its stores around the world. They offered a one-time payment of $15,000, or $50 per photograph. Stanton believed the rate was too low for such a large company with a such a big budget, so he asked for more. DKNY said “no,” and that was that.

…or so Stanton thought.

Yesterday, Stanton received a photo from one of his fans showing a DKNY store in Bangkok, Thailand. The window display at the front of the store was covered with Stanton’s photographs, used with his knowledge, and without any compensation: 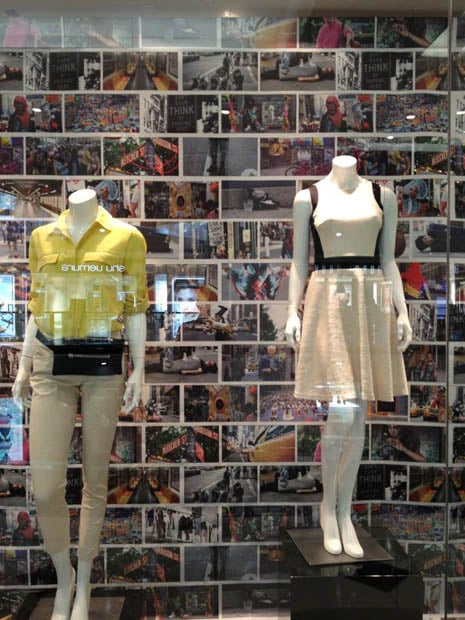 Instead of sending an angry letter and invoice to DKNY, Stanton turned to his Facebook page and his 500,000+ fans there. After detailing what had happened, he wrote,

I don’t want any money. But please SHARE this post if you think that DKNY should donate $100,000 on my behalf to the YMCA in Bedford-Stuyvesant, Brooklyn. That donation would sure help a lot of deserving kids go to summer camp. I’ll let you guys know if it happens.

Since its founding in 1989, DKNY has been inspired by and incorporated authentic New York into its imagery. For our Spring 2013 store window visuals we decided to celebrate the city that is in our name by showcasing “Only in NYC” images. We have immense respect for Brandon Stanton aka Humans of New York and approached him to work with us on this visual program. He declined to participate in the project.

For the Spring 2013 windows program, we licensed and paid for photos from established photography service providers. However, it appears that inadvertently the store in Bangkok used an internal mock up containing some of Mr. Stanton’s images that was intended to merely show the direction of the spring visual program. We apologize for this error and are working to ensure that only the approved artwork is used.

DKNY has always supported the arts and we deeply regret this mistake. Accordingly, we are making a charitable donation of $25,000 to the YMCA in Bedford-Stuyvesant Brooklyn in Mr. Stanton’s name.

Although the amount is significantly less than the $100,000 he was asking for, Stanton has decided to “take them at their word that it was a mistake,” and is pleased with the result.

Thanks for sending in the tip, Robert!

Photographing the Eruption of Mount St. Helens from 10 Miles Away