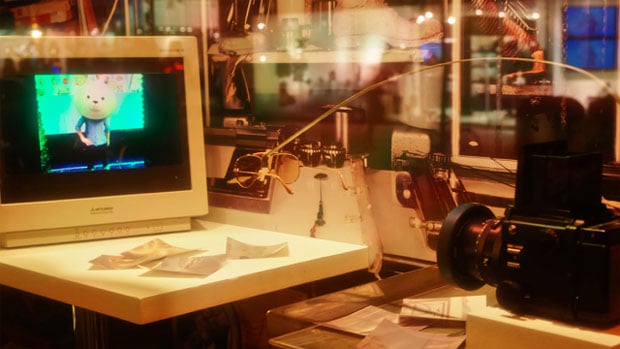 Last year we shared a clever “real world Instagram filter” concept called InstaCRT, which took submitted photos and rephotographed them on a real CRT monitor to capture a CRT look. Seeing the success of that project, Ray-Ban has decided to use the same idea in a clever bit of marketing to promote its Ambermatic sunglasses.

To show people what the world looks like through sunglasses fitted with Ambermatic lenses, the company launched an iOS camera app called Ray-Ban Ambermatic. It can apply a yellow tint to your photos using a real pair of Ambermatic glasses. 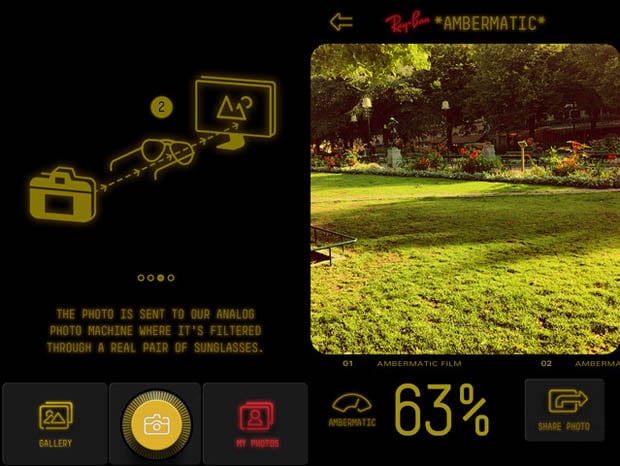 Rather than use digital filters like most of the camera apps out in the smartphone world, the Ambermatic app beams your photo to a physical machine located in the company’s flagship store in London. It’s displayed on a screen, rephotographed through a real pair of Ambermatic shades, then beamed back to you and published in an online gallery. 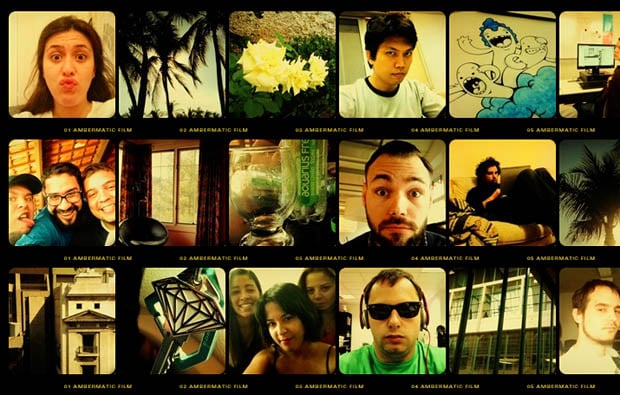 Here’s a video showing how the whole thing works:

The campaign was launched a while ago, so the whole system may be defunct by now, but if you’d like to give it a shot, you can download the app for yourself over in the iTunes App Store.