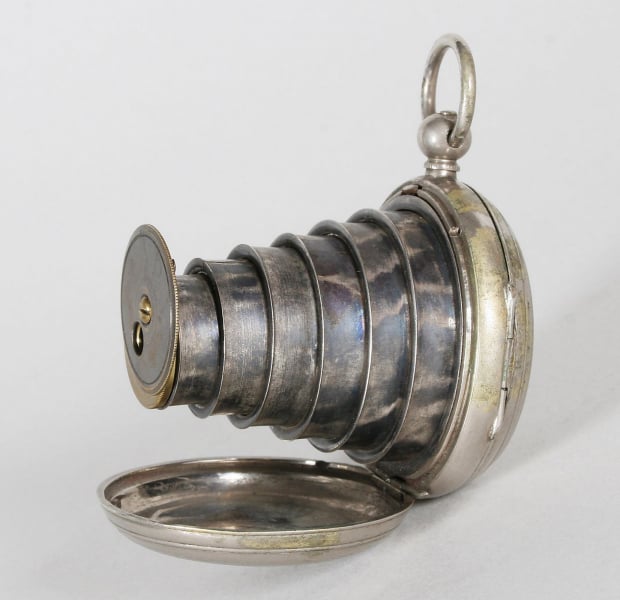 The Lancaster Watch Camera and its little sister, the ladies version, offer some of the earliest proof that spys are, indeed, among us. Ok, maybe not that, but they are a pretty neat piece of 1890’s camera engineering.

The watch pictured at the top is the ladies version, a rarer and smaller type that sold for $36,000 at the Bonhams auction in 2007. Only four of those are known to exist, but not because they were particularly difficult to make — because they were nearly impossible to use. 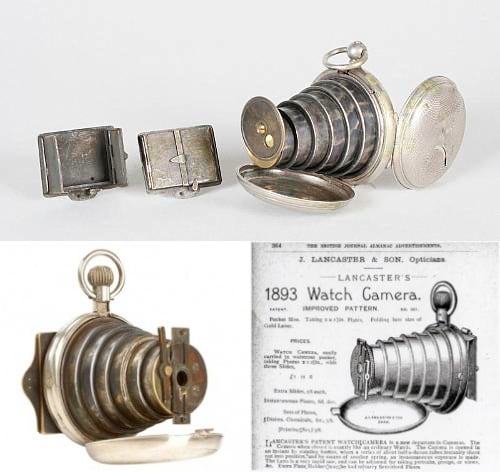 It would have been very inconvenient to use as four very small catches had to be released in order to remove the glass screen and to fit a separate metal sensitised material holder for each exposure.

Constructed of engine-turned metal with nickel plating, the watch/camera expanded on its own when you opened it up. And if you could get them to work, the ladies version took 1 1/4in x 1in exposures, with the larger guy’s spy cam capturing 2in x 1 1/2in snaps.