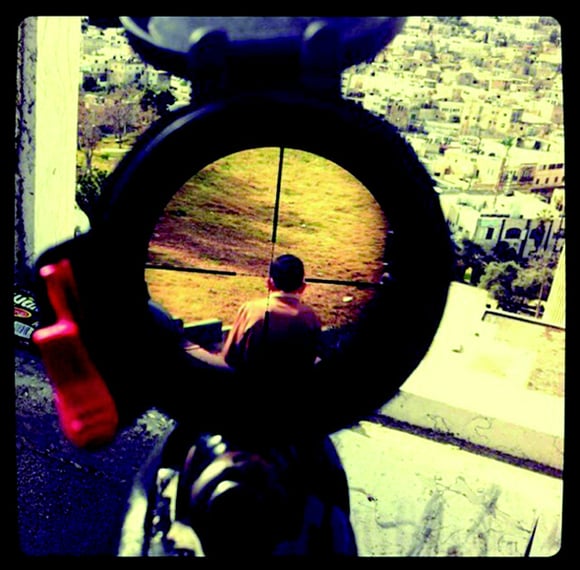 A young Israeli soldier sparked outrage around the world and Web this past week after uploading an ill-advised photo on Instagram. The photo, pictured above, shows the back of a young Palestinian boy’s head in the crosshairs of 20-year-old Israeli sniper Mor Ostrovski’s rifle.

According to Al Jazeera, the photo was discovered Friday by blogger Ali Abunimah on Ostrovski’s Instagram account. Abunimah immediately spread the photo, calling it “simply tasteless and dehumanizing,” and explaining that it “embodies the idea that Palestinian children are targets.” 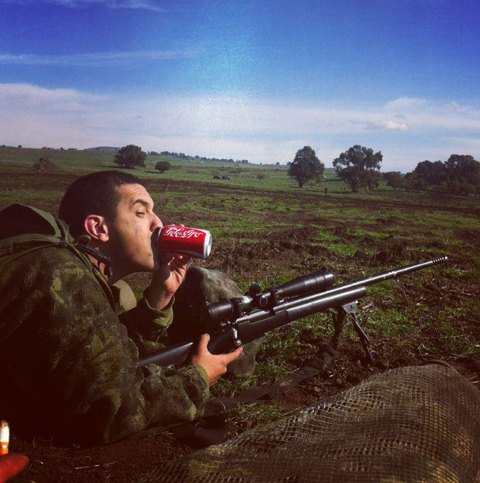 Ostrovski has since deactivated both his Instagram and Facebook accounts, but not before this and other photos of his went viral on social networks the world over. The photo above, for example, was published by the New York Times before his Facebook account was taken down.

The Israeli Defense Forces have since issued a statement to the press, speaking out against the photo and making it clear that they do not approve of such actions:

The picture in question does not coincide with I.D.F.’s values or code of ethics. The soldier’s commanders have been notified. The issue will be investigated and dealt with accordingly. However, this doesn’t seem to be the only controversial photo taken by an Israeli soldier, or even the only one of a Palestinian in their crosshairs: The New York Times explained that several of the photos on Ostrovski’s Facebook showed him using his rifle as “a comic prop.” And shortly after the photo went viral, Israeli veterans group Breaking the Silence shared it side-by-side with the eerily similar photo above, taken in 2003 by another Israeli soldier.