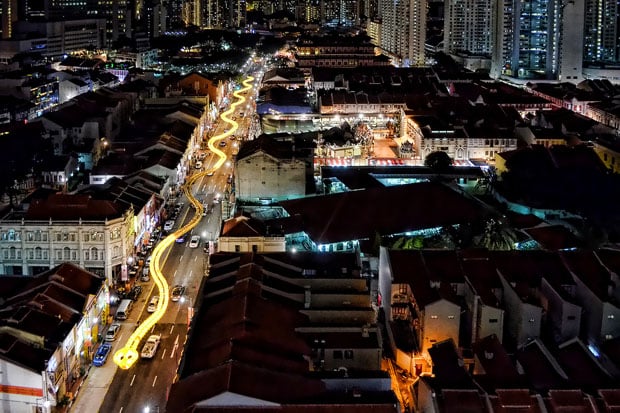 Chinese New Years festivities have been going on over the past week in cities around the world. Over in Singapore, photographer Choo Yut Shing captured this neat photograph of a giant light snake slithering down a street.


While it would be awesome if it was some kind of large scale light painting effort, the exposure time was short (1/30) and the snake was actually stationary. It’s actually a sculpture composed of 850 individual yellow sky lanterns that stretches 300 meters (~1000 feet) down an avenue in Chinatown.

What makes Shing’s photograph interesting is the perspective he chose to capture the snake from. Here’s what the sculpture looks like to pedestrians walking down the sidewalk: 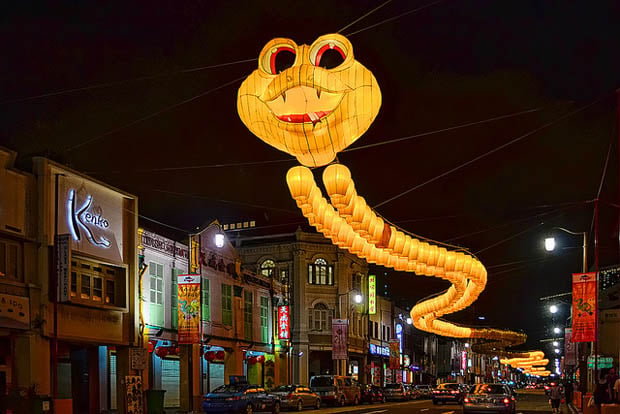 In case you didn’t know, it is now the year of the snake according to the Chinese zodiac.