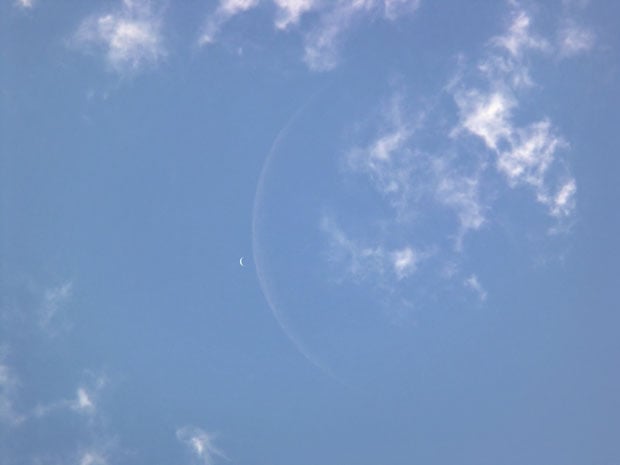 Behold, a photograph of the moon. Can you see it? No, it’s not that tiny bright crescent you see… The moon is that faint giant crescent. That tiny one to its left is Venus. Hungarian astrophotographer Iván Éder captured this beautiful photograph back in 2004 from Budapest, Hungary.

The Moon and Venus are both bright enough to be observed during the day from people on the ground. When they’re close to one another in the sky, beautiful shots like this one can be snapped using a telescope.

Here’s a closer look at the two crescents: 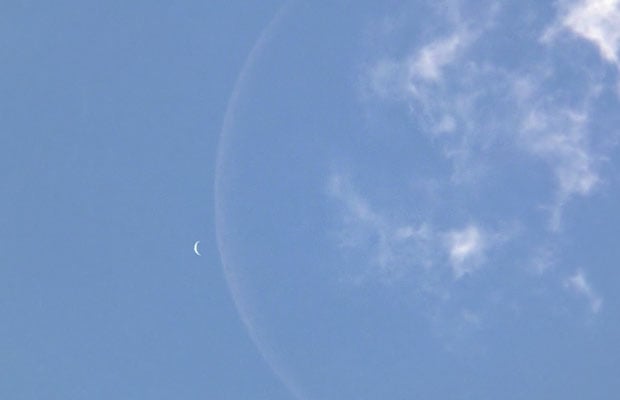 You actually don’t need extremely fancy camera gear for a shot like this. Éder was using a Nikon Coolpix 4300, a 4-megapixel compact camera (settings were 1/100s, f/11, and ISO100).

For you astrophotogs out there: Éder was also using a TMB 130/780 apochromat telescope (with a 30mm 2″ Vixen LV eyepiece) and a Synta EQ6 mount.

As an encore, Éder captured a very similar photograph a few years later, in 2007. This one was captured with a Canon 350D DSLR, a Skywatcher 80/600 ED apochromat, a Skywatcher EQ5 GOTO. 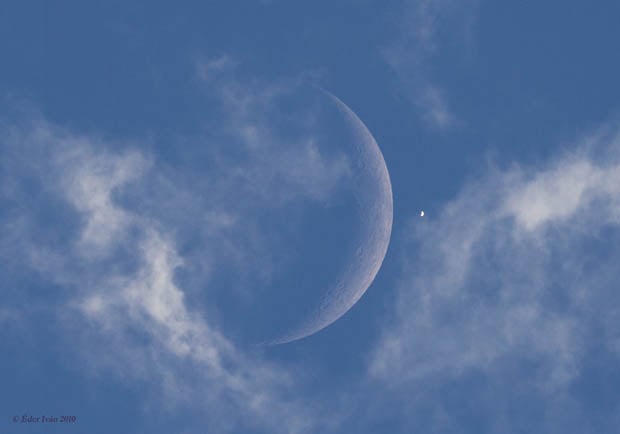 …and a closer look: 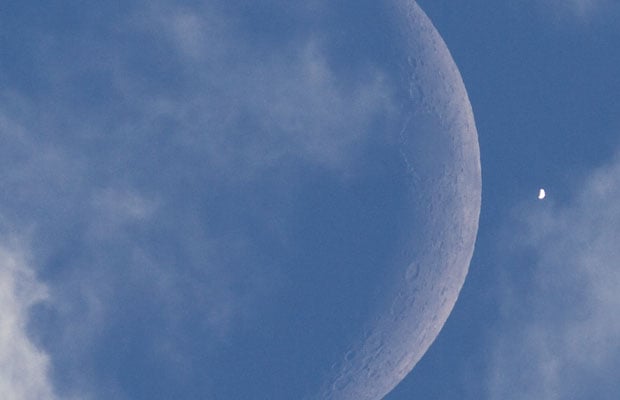 You can find higher resolution versions of these photographs on Éder’s website here and here.

Image credits: Photographs by Iván Éder and used with permission