Photographers are usually trying to get closer to their subjects, be that in the wild or on the street. The photographers of MUMUȘ Photo Hub in Bucharest, Romania, however, decided to take a step back … actually quite a few steps back. 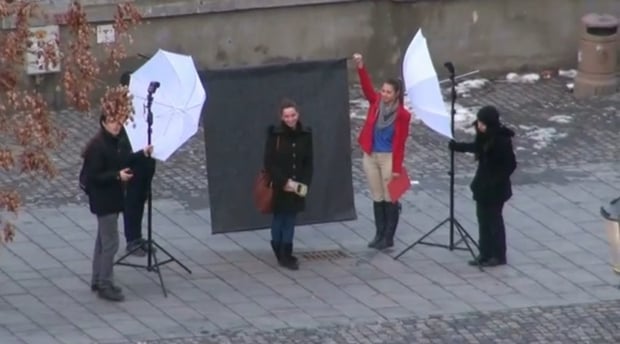 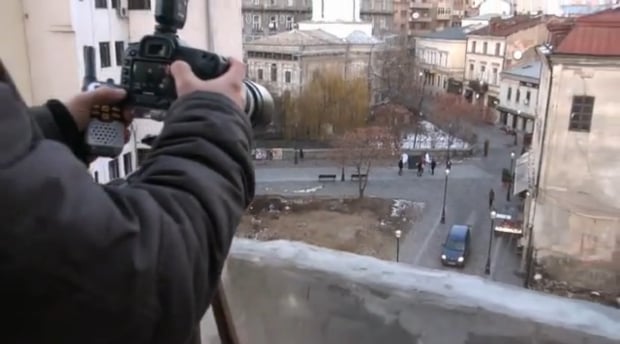 Brave volunteers would stand in front of the backdrop and pose for the spec with a camera 200 feet away and 5 stories up that was actually taking their picture.

The final photos turned out pretty well, but it’s the idea that ultimately won us over. We could see how taking the camera and putting it that far away might help camera-shy subject loosen up a bit, yielding more ‘real’ and ‘honest’ results.

Photojojo University: Learn the Basics of Snapping Photos With Your Phone