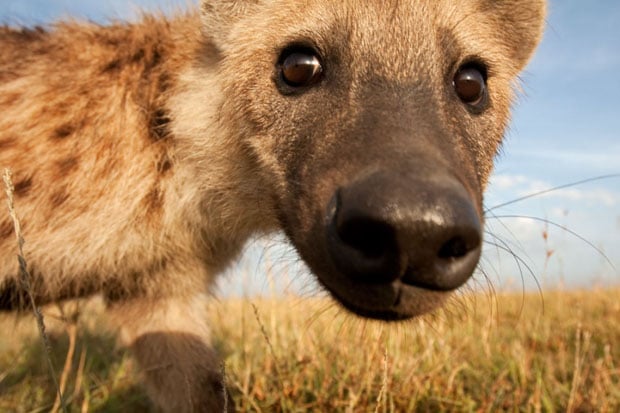 Remote cameras can give photographers perspectives they ordinarily wouldn’t be able to capture, and these photographs by photographer Anup Shah show just that. For his project titled Serengeti Spy, Shah traveled to the African savannah in the Serengeti and the Massai Mara and photographed the wild animals using a remote camera.


The hidden cameras, camouflaged to look like part of the landscape, were placed in various locations across the plains to capture intimate in-your-face photographs of animals ranging from hyenas to wildebeests. Shah operated the camera from a distance while sitting inside a vehicle, framing the shots and triggering the shutter.

Many of the animals in the shots are staring directly into the camera (or even interacting with it) after having their curiosity piqued by the sound of the shutter snapping away. 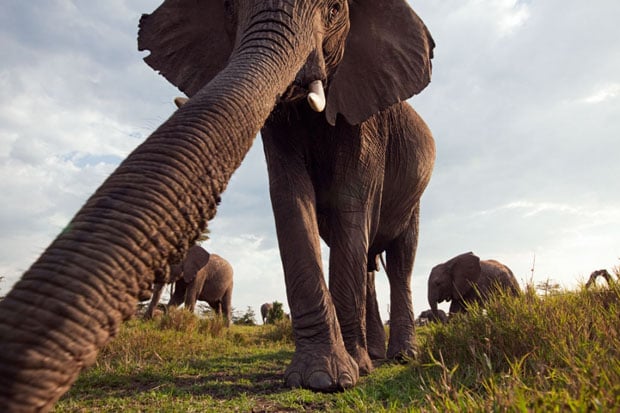 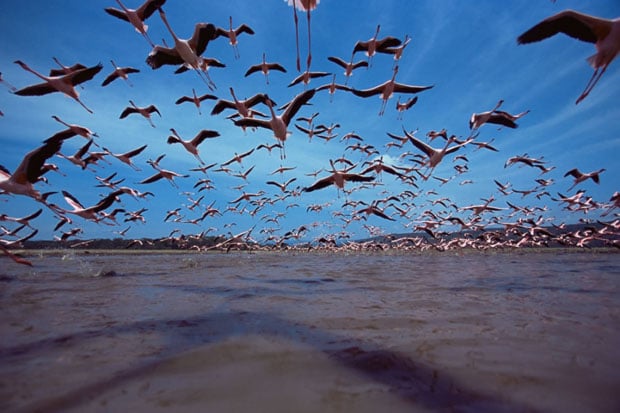 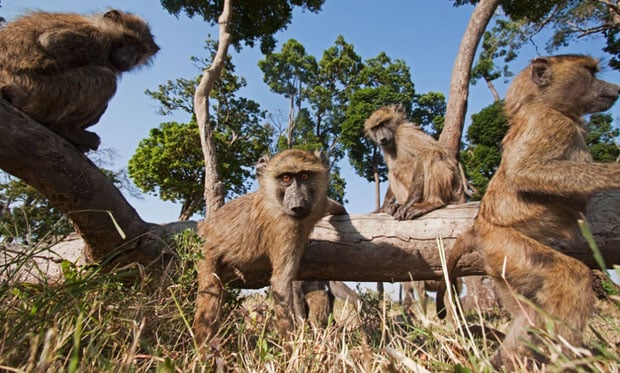 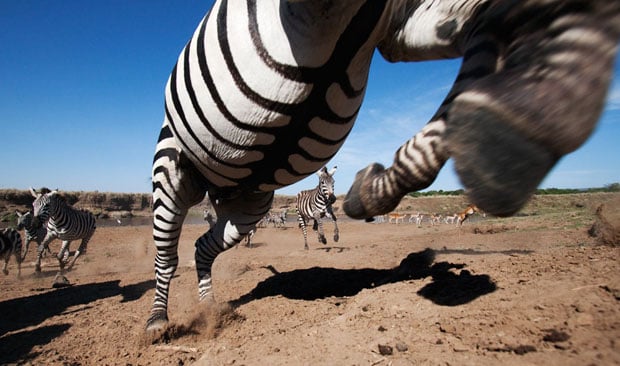 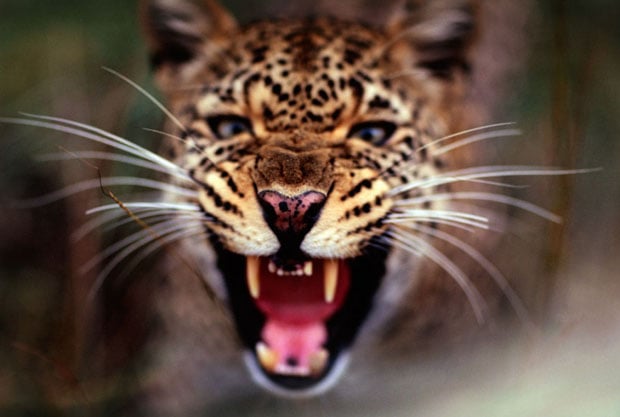 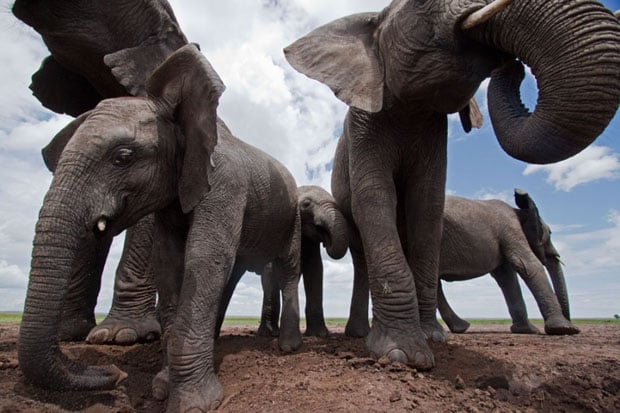 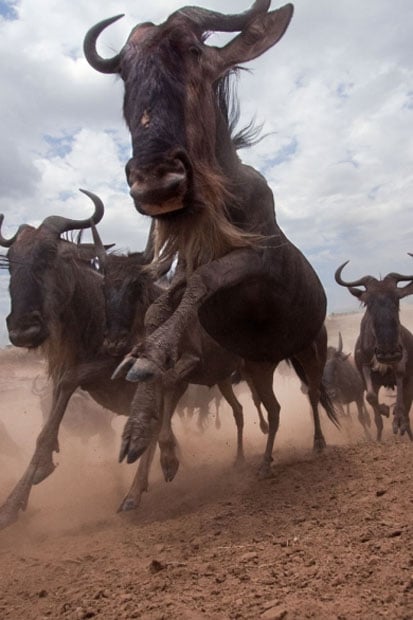 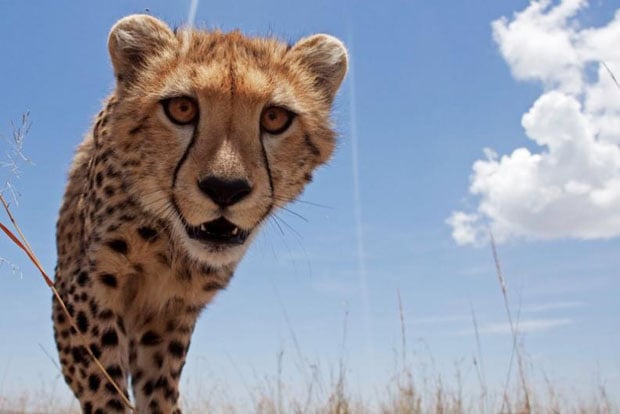 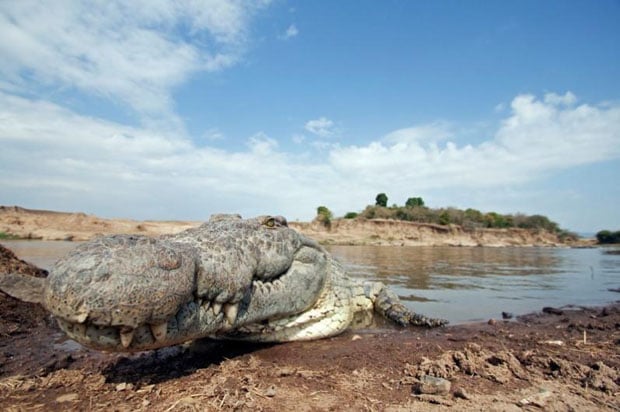 The photographs have been published in a 204-page photo book titled Serengeti Spy: Views from a Hidden Camera on the Plains of East Africa, which can be purchased on Amazon. Here’s the description:

This is life on the plains in all its dynamism, cruelty and vitality, the circle of life in action. Readers will find themselves literally face to face with hyenas as they feed on a kill, with elephants communing in a watering hold, playful lion cubs, wildebeests leaping across a ravine, inquisitive monkeys who have discovered the camera and gaze directly into the lens and cheetahs peering back under their tails towards the camera. Many of these animals have actually noticed the camera, mostly by the sound of it clicking away and their interest is clearly piqued; they’re certainly not accustomed to encounters with a camera on the ground of their home turf. This is primarily a visual journey through the African plains, but captions written by the author will impart interesting facts about the animals, as well as any activity of interest that may have occurred while the photo was being taken.

American Photo magazine recently published a great interview in which Shah talks about how he shot this project. You can also find more of Shah’s work on his website.

Image credits: Photographs by Anup Shah and used with permission