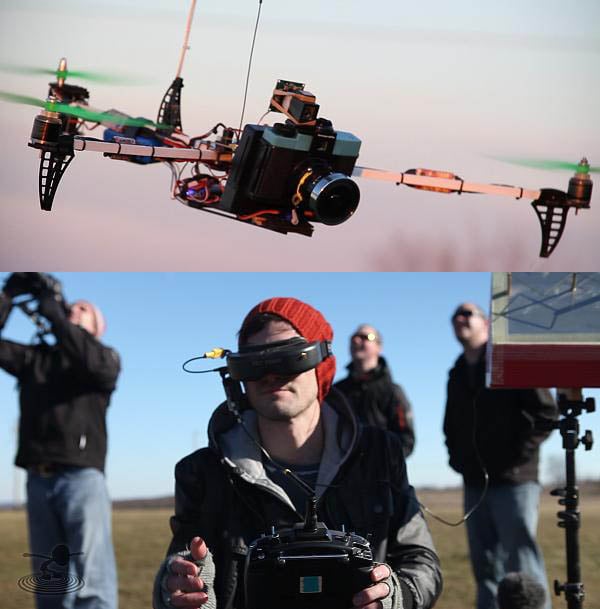 What do you get when you combine a Lomography Diana F+ camera with a remote controlled Tricopter? Answer: the Lomo-Copter!

It’s what the clever folks over at FliteTest recently built, giving them a unique way to capture lo-fi analog aerial photos. The Diana F+ ordinarily exposes 120 film, but it can be coupled with a back that turns it into an instant camera that exposes Fuji Instax Mini film.

What’s very neat about the Lomo-Copter is that it has a first-person-view camera attached to the Diana’s viewfinder. 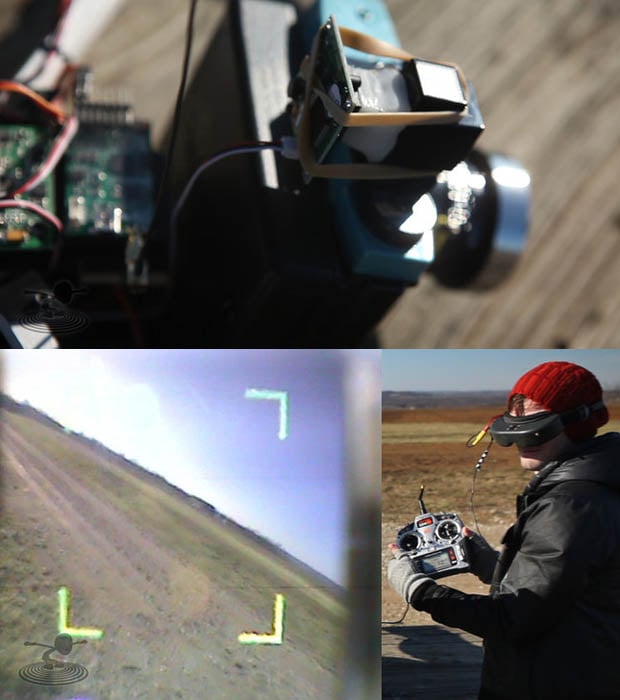 This means the photographer can use goggles to see exactly what the camera sees. Whenever a shot needs to be captured, he simply triggers a switch that presses down on the camera’s shutter. A separate control allows the copter to eject the instant photo while it’s still in mid-air. 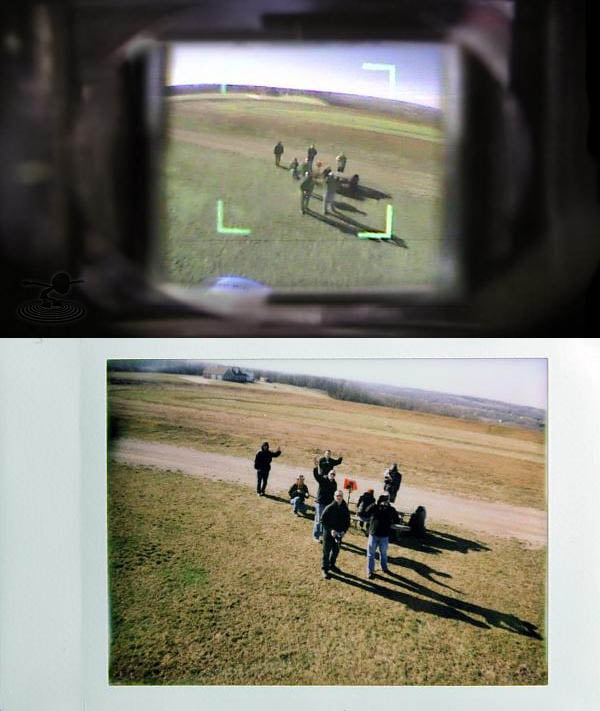 Here’s a behind-the-scenes video that walks through the whole project:

Here are some of the photographs that they captured using the Lomo-Copter: 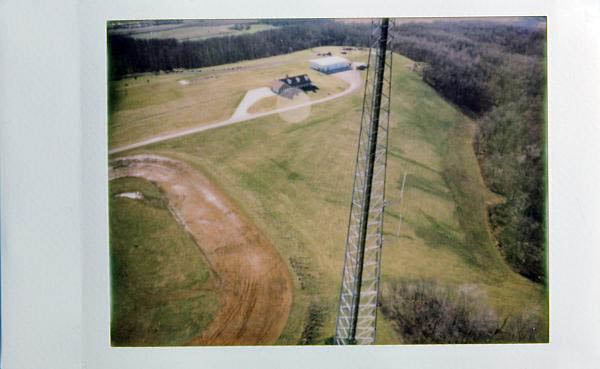 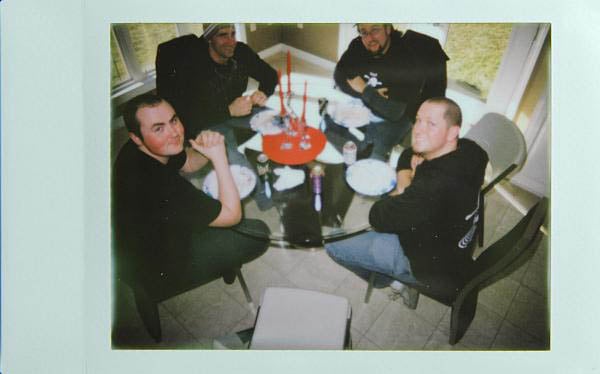 You can find a more detailed explanation of how the Lomo-Copter was built and additional photographs documenting the project over on FliteTest.

Image credits: Video and photographs by FliteTest and used with permission

Cameratico: A Sleek Camera Comparison Engine Based on Human Experience