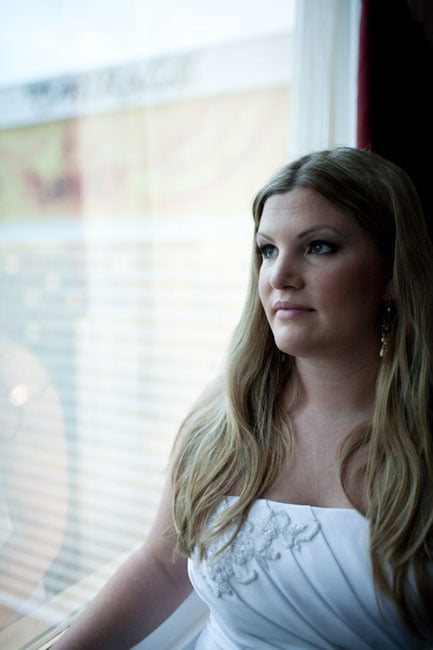 Sometimes it’s easy for photographers to take for granted our skill set. It becomes natural to forget, from time to time, all of the elements rattling around in the synapses of our visual cortexes in the few tenths of a second it takes to put in motion the mechanics that make a picture. Like any professional of a trade, eventually you get to that point where you can begin to make it ‘look easy’, like anyone can do this. And with digital cameras and software readily available everyone sure is trying. The major problem comes when they start charging for their self-perceived craft and simply can’t perform… or don’t care to for that matter.

This is how I ended up photographing my own wedding. 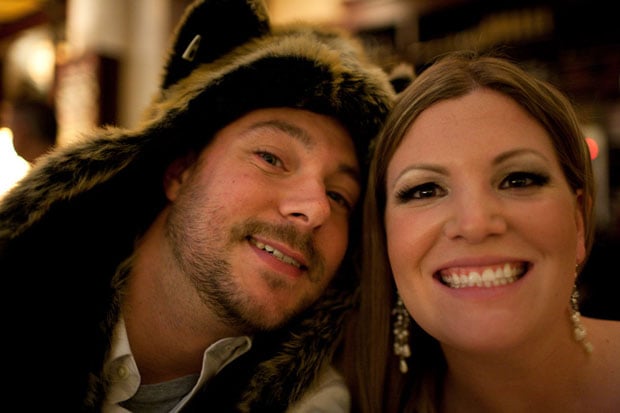 Now, to be clear, we never hired a photographer, we were perfectly content to just collect the snapshots taken by our friends. Of course I would have my camera with me to do my obligatory, ongoing documenting of our life together as well. We were more concerned with simply getting married and spending as little money as possible on the ordeal.

The wrench in the works came when we arrived at the chapel and posted was a sign that read, something to the effect of, ‘No Cameras or Video Taping Allowed in the Chapel’. Naturally an enterprising business tactic to keep money coming in for the proprietors and not that outrageous of a notion. The frustration came in what one got for their money. 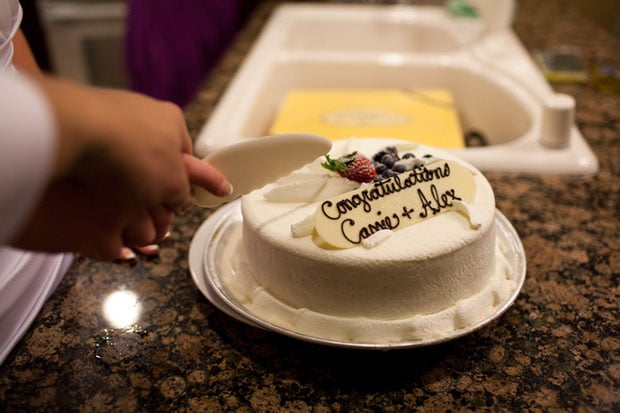 As we pretty much eloped, my wife Cassie really wanted photos of the ceremony for her family who couldn’t make it to our fabulous Vegas wedding… complete with Elvis, mind you. So we relented and agreed to use the house photographer. 20 minutes or so after the ceremony the images were downloaded into the house Macbook and we flipped through them on iPhoto.

Thoughtless framing, inconsistent exposures, backfocused or simply out of focus pictures… once in awhile he got lucky.

Whatever… like I said, we would have been happy with snapshots anyhow and the images had a kitchsy quality that was reminiscent of the atmosphere of the day. Here’s the catch, if you wanted a CD of the images burned it would run you a cool $500. We relented for one of the cheapest options, 3 images for $195, presented as two 8x10s of one image and two 5x7s of each of the other two.

Basically if you didn’t want to pay you were s**t out of luck for wedding pictures. 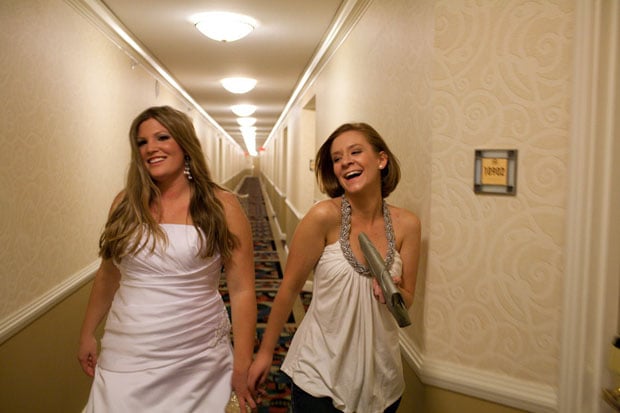 So that’s the rub. The only photos of the actual ceremony we have are the couple I stole on my cell phone, and I would’ve been perfectly happy to have those only. But what about those people out there who were really counting on having a quality record of what could be one of the most special events in their life. Left with nothing but crappy snapshots that cost a small fortune.

The unprofessionalism of some can make us all look bad, but luckily that’s competition that takes care of itself, I suppose. I once ended up photographing a wedding that my wife was babysitting for, simply because their photographer decided just not to show up!

But here’s a situation where people are trapped into using a photographer that doesn’t even care to learn the most basic aspects of his trade. For us it was just another part in the narrative of a ridiculous and fun day — a story for the grandkids. The only real inconvenience was that I ended up feeling a lot of pressure to document the rest of the day more completely to offset the void of material from the main event itself.

I’m sure for some, that void has turned out to be a disaster and they just came away feeling ripped off and cheated. I think extreme instances like this should be motivation to always strive to be at the top of our game as photographers, no? Anyway, below are some more pics from our wedding night out in Vegas. 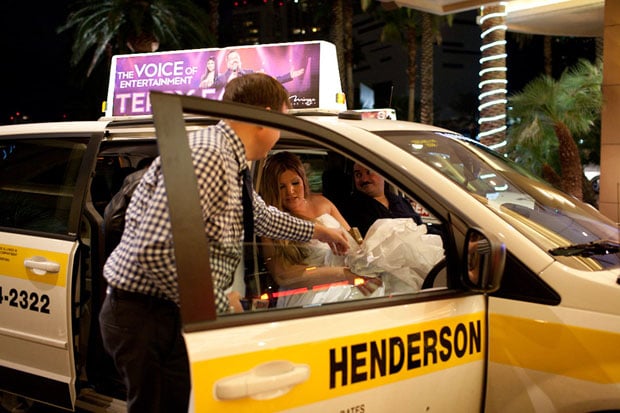 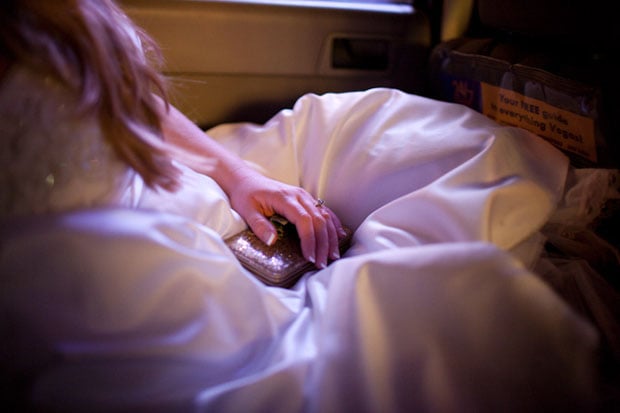 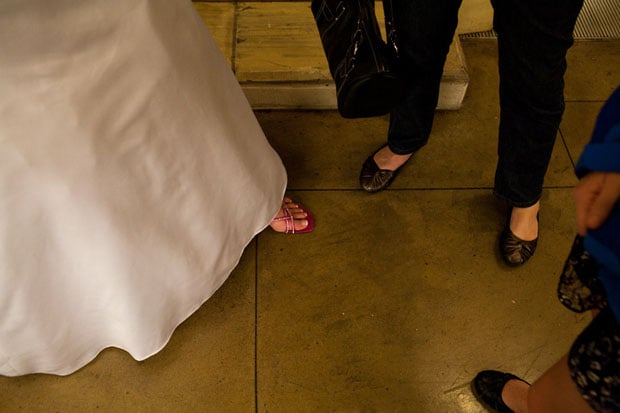 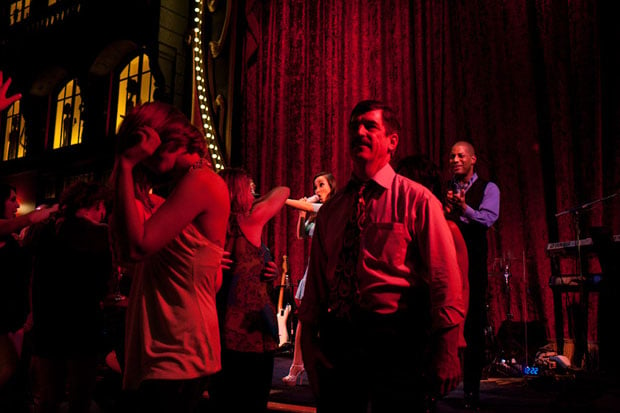 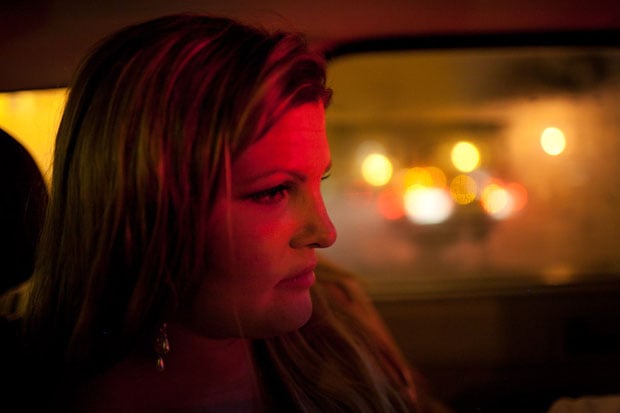 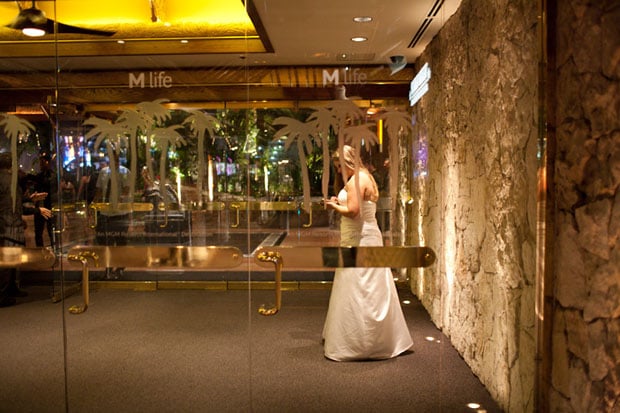 About the author: Alex Federowicz is a photojournalist based in Las Vegas, Nevada. Visit his website here. This post was originally published here.