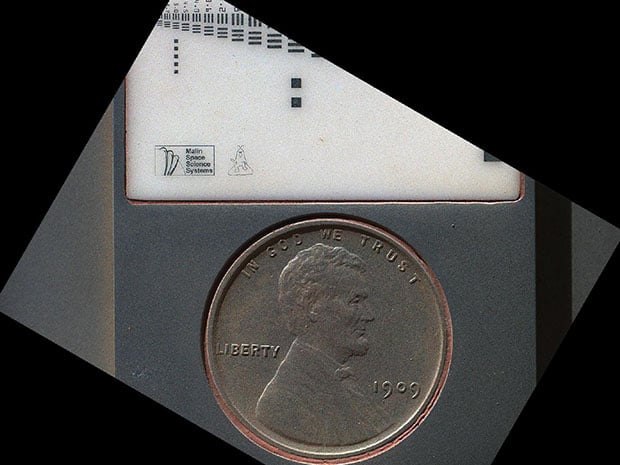 Did you know that there’s US currency on Mars? It’s true: when NASA’s Curiosity rover was launched back on November 26, 2011, one of the things it carried with it was a penny from over a century ago. The 1909 Lincoln cent is part of the rover’s onboard calibration target used to check that the cameras are working properly.

After landing on the planet, the rover used its Mars Hand Lens Imager — a mobile color camera — to snap a test photo of the penny (seen above) for the purposes of ensuring that all systems were working properly. The MHLI will later be used for taking close-up photos of things the rover comes across on the Martian landscape.

Here’s a closer look on the calibration target found on the rover: 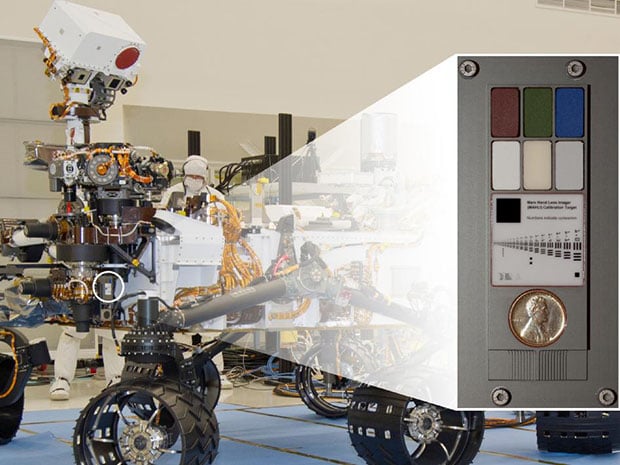 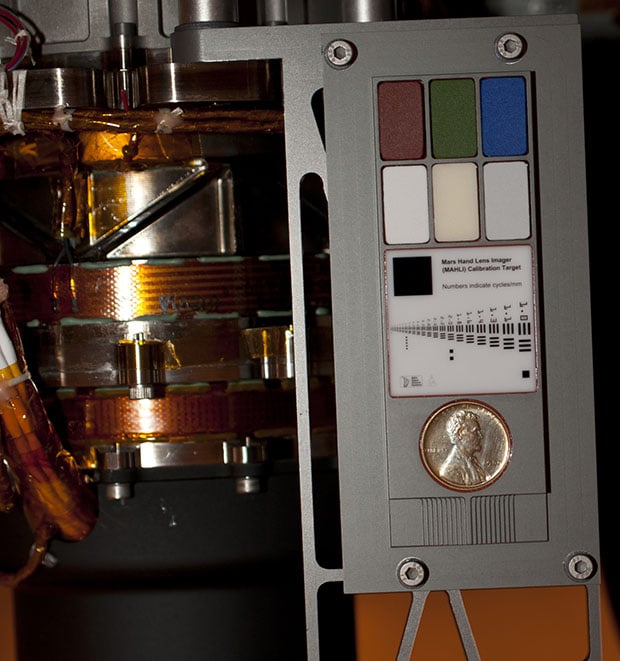 On September 7th, the rover used its MHLI camera was used to snap this self-portrait (reminds us of Pixar’s Wall-E): 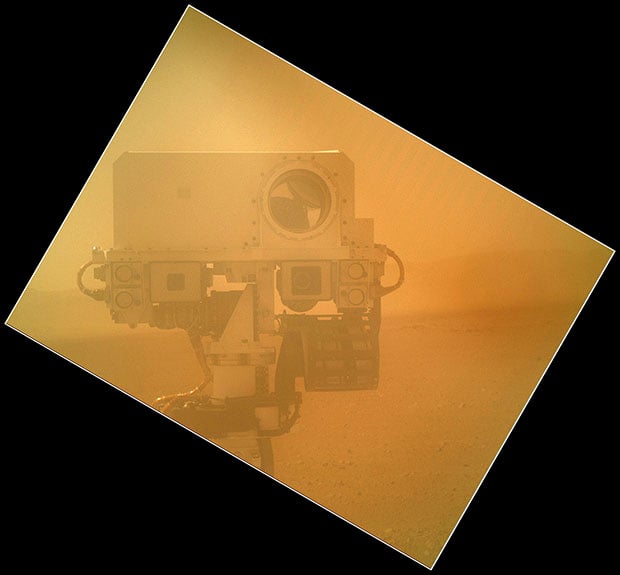 If you’re wondering why a US penny was chosen — it does seem a bit random, right? — it’s because geologists often put pennies next to rocks to show their relative size. The NASA scientists wanted to hat-tip the field of geology.

And it wasn’t just any old penny, either. It was a special donation by the man in charge of the arm-mounted camera: Ken Edgett. 1909 was the first year Abraham Lincoln pennies were minted, so the penny sent was among the first batches to be made. It’s a special VDB penny, named after Victor David Brenner, who created the design for President Roosevelt.