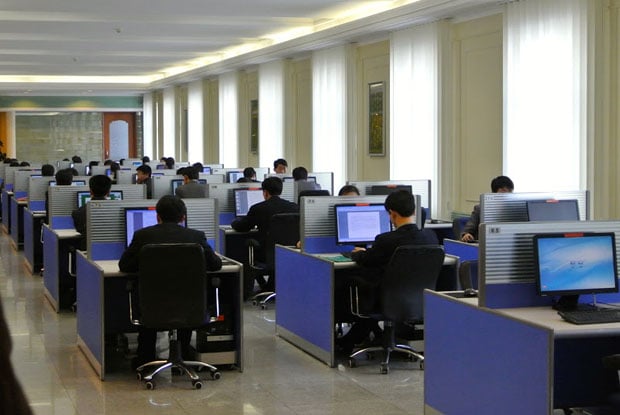 Earlier this month, former Google CEO Eric Schmidt paid a visit to North Korea with former New Mexico governor Bill Richardson. Schmidt’s daughter Sophie also tagged along, and was allowed to snap photographs of things they experienced during their stay.

One of the items on the itinerary was visiting the Kim Il Sung University e-Library to see the students there using Google to search for information. Here’s what Sophie had to say about the photo shown above:

Looks great, right? All this activity, all those monitors. Probably 90 desks in the room, all manned, with an identical scene one floor up.

One problem: No one was actually doing anything. A few scrolled or clicked, but the rest just stared. More disturbing: when our group walked in–a noisy bunch, with media in tow–not one of them looked up from their desks. Not a head turn, no eye contact, no reaction to stimuli. They might as well have been figurines. 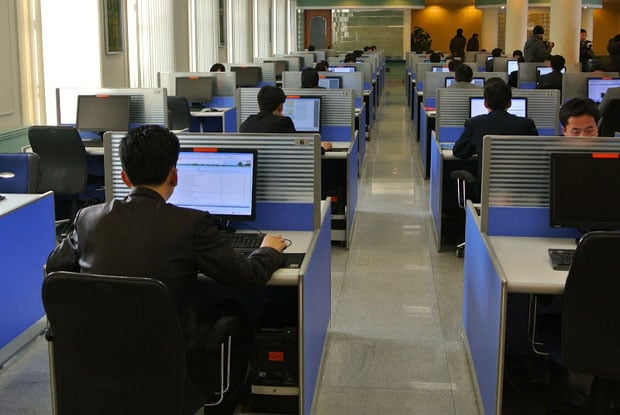 Schmidt admits that although the photographs are personal and an accurate record of what she saw, they may be completely untruthful when it comes to portraying what the country is really like:

It’s impossible to know how much we can extrapolate from what we saw in Pyongyang to what the DPRK is really like. Our trip was a mixture of highly staged encounters, tightly-orchestrated viewings and what seemed like genuine human moments. We had zero interactions with non-state-approved North Koreans and were never far from our two minders (2, so one can mind the other).

You can find all 44 photos Sophie snapped on this Picasa Web Albums page. She has also written up a length account of the experience on this Google Sites page.

A Graph of New Camera Gear’s Perceived Worth Over Time