Want to see how the highly-acclaimed Sony RX1 is assembled? At CES 2013 in Las Vegas last week, Sony showed the above video at its special press event, using it as a creative countdown clock for indicating when the show would begin. The split-screen video shows three of Sony’s newer products — the Cybershot RX1 camera, the Xperia Z smartphone, and an HD camcorder — being assembled from their basic parts. 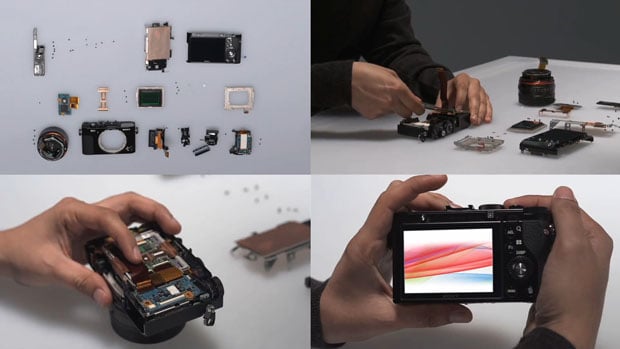 In the video, the RX1 reverse teardown is in the upper-left-hand corner of the frame, so you might want to go full screen and HD for the best view of the build process.

(via Engadget via The Verge)