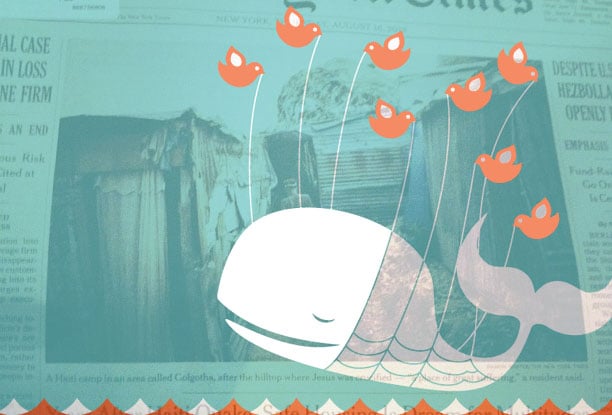 In one of the first major tests of intellectual property law involving social media services, a judge has ruled that news agencies cannot freely publish photographs posted to Twitter without the photographer’s permission.


It’s the latest development in a case we’ve been following quite closely since it broke back in 2010. After the devastating earthquake in Haiti that year, photojournalist Daniel Morel captured a photo of a woman trapped beneath rubble, and then shared the image through his Twitter account.

News organizations (including the Agence France-Presse) then took that photograph and distributed it to various publications (including The Washington Post), which published it without Morel’s permission.

When Morel sent out cease and desist letters to the agencies, the AFP argued that there was no copyright infringement in this case. To add insult to injury, the AFP decided to launch a lawsuit against Morel for “antagonistic assertion of rights.”

Now, nearly three years later, District Judge Alison Nathan of Manhattan has issued a ruling that the two news companies had improperly used the Twitter image, and that the use constituted copyright infringement.

While AFP argued that the photographs could be freely used since they were freely available online, Nathan determined that Twitters ToS doesn’t give news agencies permission to publish its photos without permission (despite the fact that it does give users permission to “retweet” photos).

It was also revealed today that Morel had been seeking tens or hundreds of millions of dollars in damages based on the number of uses, the judge decided to limit the statutory damages to the number of photos used without permission (which will be an amount far less).

Additional rulings will come when the case goes to trial (which doesn’t have a set date yet). Many eyes will be on the case, as it has major implications for photographers’ rights and whether photos published to social networks can be used in commercial contexts.

Image credit: Illustration based on Haiti is on the front page of the NYTimes today. by LindsayT… and Fail Whale by Yiying Lu