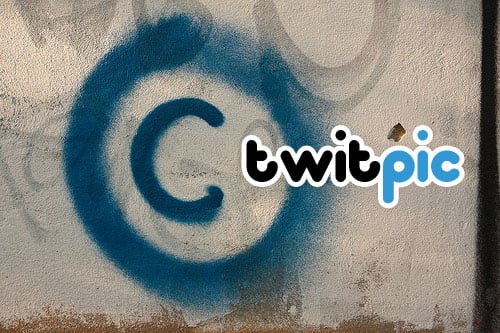 Since launching in 2008, TwitPic has been at the center of quite a few copyright controversies and legal battles, especially when disasters strike and Twitter users are able to publish photos of things that are happening well before major news outlets. Back in early 2010 photographer Daniel Morel had an iconic photograph taken during the Haiti earthquake widely republished in newspapers across the world without his permission after he uploaded the photos to TwitPic, then later that year Twitter’s decision to display TwitPic photos directly on their website caused a brouhaha. TwitPic has finally decided to update their Terms of Service to make it clear that users of the service retain the copyright of everything they upload.

In a post today on the company blog titled “Your content, your copyrights“, founder Noah Everett writes,

To clarify our ToS regarding ownership, you the user retain all copyrights to your photos and videos, it’s your content. Our terms state by uploading content to Twitpic you allow us to distribute that content on twitpic.com and our affiliated partners. This is standard among most user-generated content sites (including Twitter). If you delete a photo or video from Twitpic, that content is no longer viewable.

As we’ve grown, Twitpic has been a tool for the spread of breaking news and events. Since then we’ve seen this content being taken without permission and misused. We’ve partnered with organizations to help us combat this and to distribute newsworthy content in the appropriate manner. This has been done to protect your content from organizations who have in the past taken content without permission. As recently as last month, a Twitpic user uploaded newsworthy images of an incident on a plane, and many commercial entities took the image from Twitpic and used it without the user’s permission.

To sum everything up, you the user retain all copyrights to your photos/videos and we are very sorry by the confusion our old updated terms of service caused.

It’s good news, but might not do much to prevent future infringements from happening — past cases generally weren’t due to news outlets being confused about TwitPic’s Terms of Service.