We hear it all the time: magazine covers aren’t real. These models and celebrities are made up, photographed by professionals and, most infamously, airbrushed to perfection. But there’s a big difference between hearing about it, and watching it happen with your own two eyes.

In this video, UK DJ Goldierocks plays guinea pig to show you what all goes into creating a magazine-worthy model shot — from hair and makeup to an artificially constructed waistline. 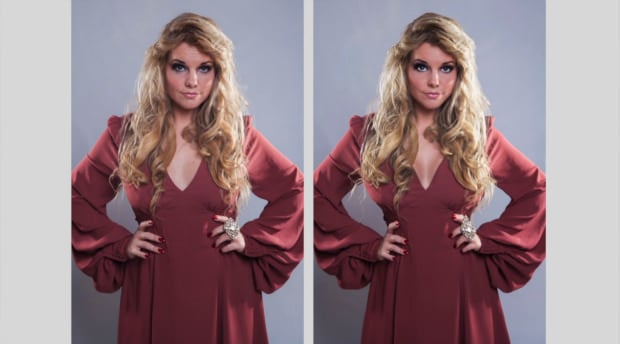 The before and after is striking, as is the sped up video showing how it was done. For those of us familiar with Photoshop and the world of digital image editing it’s anything but surprising; but most people don’t understand the time it takes to quite literally “create” a shot like this.

To the average teenager flipping through the most recent issue of a popular magazine, the idea that you could make someone look that different digitally is a foreign one. But by Goldierocks count we all see over 700 digitally altered images every day, images that we’ve seen can mess with our perception of reality. Hopefully videos like this help to shift the credit for those shots from the celebrity’s diet, to the photographer’s skill.

Polaroid-Shaped Printer Encourages You to Photograph Your Online Adventures