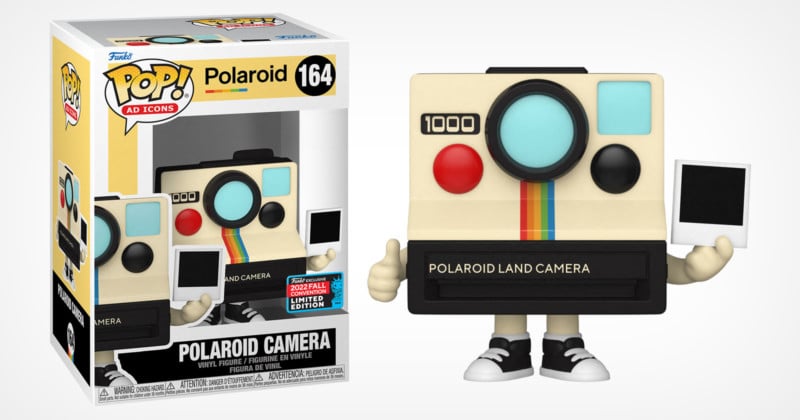 Funko will launch a Polaroid-themed Pop! figurine at this year’s New York Comic Con, which takes place in October. The collectible figure will feature a design based on the Polaroid Land Camera 1000 from the 1970s.

Funko describes itself as a pop culture lifestyle brand that produces a range of toys, plush, apparel, board games, and perhaps most famously vinyl figures and bobbleheads through its Pop! line. The company was founded in 1998 and by 2011, Funko was selling millions of dollars in licensed figurines in what has become an iconic style which looks similar to Japanese “chibi” designs.

Pop! figures have become incredibly popular and the designs cover a range from NFL players, Star Wars, and Game of Thrones characters, to anime and other pop-culture icons. The Polaroid Pop! figure stands 3.02 inches tall and can be seen holding a tiny replica of a Polaroid instant photo while its other hand gives a “thumbs up” gesture. The main figure itself is a cartoonish, stylized take on the Land Camera 1000 and comes in a box that features Polaroid’s iconic rainbow branding. Each box will come with either a “2022 Fall Convention” or the “New York Comic Con” sticker attached to the front. Figures are limited to one per household.

The anthropomorphized figure features a stylized take on the Land Camera 1000 and while it doesn’t have a typical “face” like other Pop! figurines, Funko did add arms and legs to the model so that it was a bit more in line with what the company typically produces.

Of note, while Funko makes a reference to shaking instant film, it’s actually not a recommended practice (though everyone still does it). 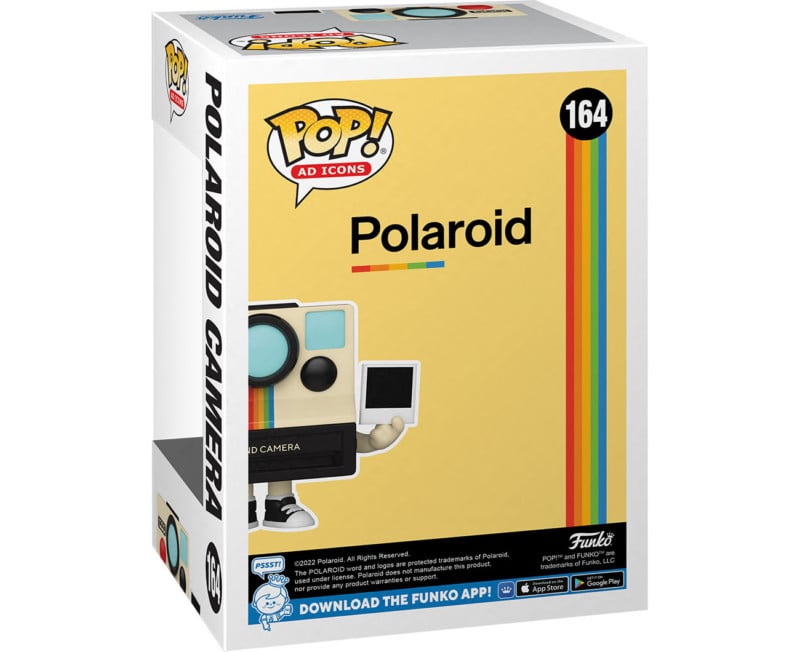 The Polaroid-Pop! partnership will kick off as part of Funko’s “Frightmare on Fun Street,” what it describes as a fan-centric Halloween horror community experience at its booth at New York Comic Con, which takes place October 6 through 9. It will feature what Funko says is an “immersive community experience” at the Halloween-inspired booth which will be stocked with convention-exclusive Pop! figurines, which will also be available to purchase through the company’s website and some retailers.

The Polaroid-inspired Pop! is one of the convention exclusives, but will also be sold at GameStop. In both cases, Funko will make it available for $12. It’s not clear for how long the figure can be purchased, as Funko regularly cycles figures out of circulation which no doubt has an effect on their collectible nature.