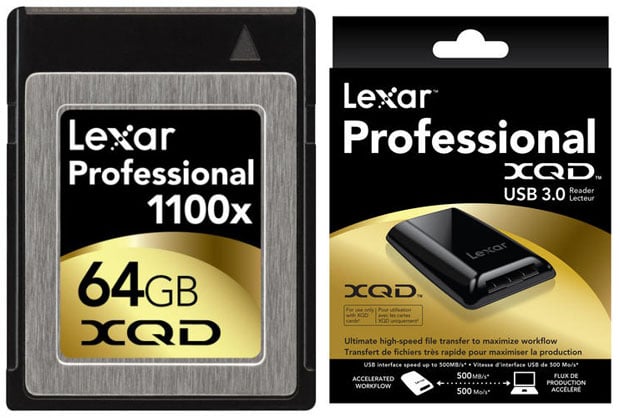 Back in July, Lexar vice president of products and technology Wes Brewer confirmed that the company was going to jump into the XQD game in Q3. This was good news for the technology, since only one camera was taking them and one company was making them at the time.

Well, the Nikon D4 is still the only DSLR capable of using the cards at the moment, but now Lexar (a couple of quarters late, but here nonetheless) has officially made the leap with its new 1100x pro series cards.

They should become available later this month, boasting a guaranteed read speed of 168MB/s. Of course, you’ll have to pay for that speed. The 32GB and 64GB versions will MSRP for $300 and $580, respectively — we’ll give you a moment to resuscitate your wallets.

Alongside the cards, Lexar is also announcing a USB 3.0 card reader that will be able to take full advantage of those read speeds and churn out some impressive transfer rates. The reader should be available at the same time as the cards at the more merciful price of $45.