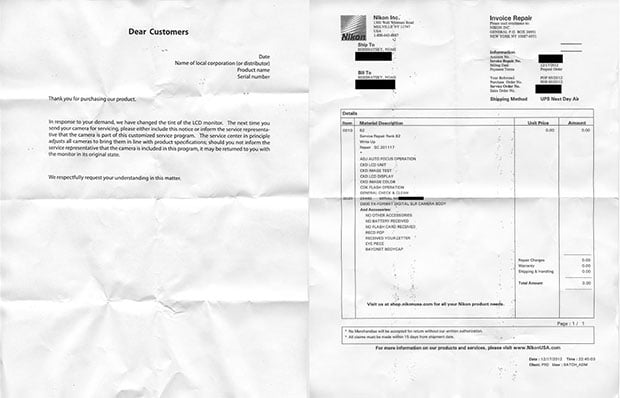 Back in April, there was a small hoopla amongst Nikonians who purchased the Nikon D4 or D800 and discovered that the LCD screen had a greenish tint when compared to the D3s and D700. Nikon denied that anything was wrong with the new cameras, and stated that it was actually the older models that were too cool. A couple of months later, it was rumored that a soon-to-arrive firmware update would address the issue. That update has yet to arrive.

There’s now some good news for those of you looking for a “change”. Photographer Noah Bershatsky is reporting that Nikon’s service center will actually do the “change”.

Here’s the letter he received from the center: 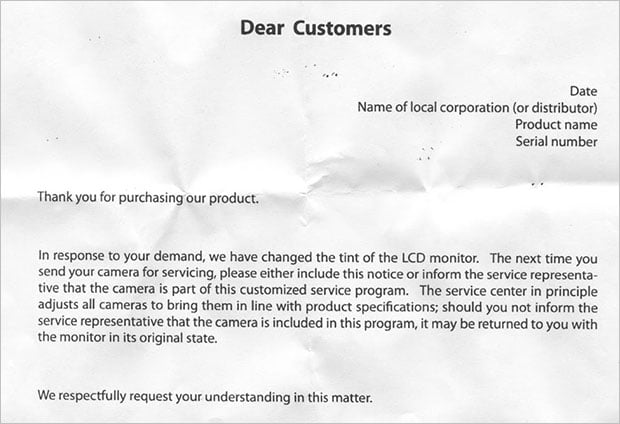 Bershatsky writes that the LCD is now accurate, and that it seems Nikon has a procedure for the correction in place:

It’s in good clean condition and the LCD matches my Colormunki Display calibrated monitor! From the enclosed impersonal letter, you can see that they have dealt with this green LCD issue before and they already had a fix in place. I really wonder why this couldn’t have been done with a firmware update.

In case you haven’t been following this story, here’s a side-by-side comparison showing the D800 next to the D3s (left and right, respectively): 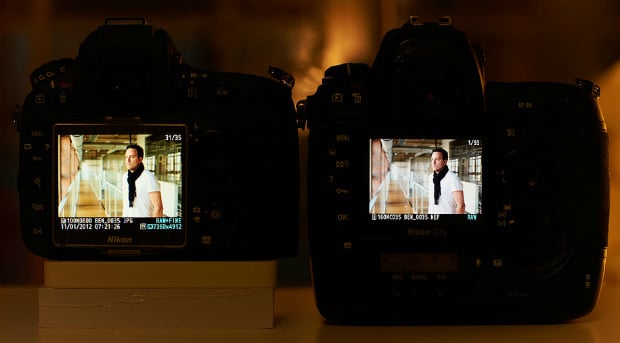 This might not an issue for many photographers (especially casual shooters), but it can be an annoyance for those who insist on seeing exactly what their calibrated displays will show.

(via Bershatsky Blog via Nikon Rumors)

The Photographs Norman Rockwell Used to Create His Famous Paintings

Minimalist Photographs Showing the View Through an Alaskan Cabin Window