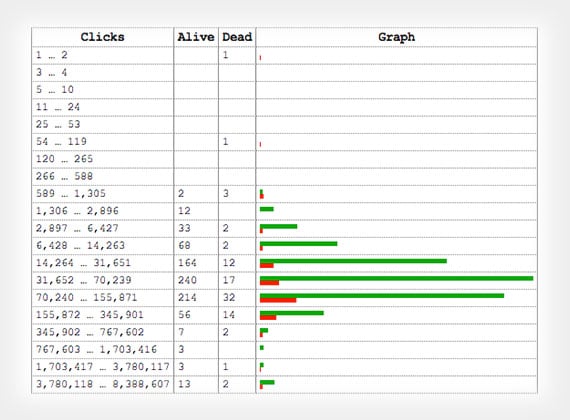 When it comes to figuring out our car’s life expectancy, we’ve come to expect a little bit of community involvement. Sure, the car company will tell you that your truck is supposed to last X-number of miles, but if the majority of real owners online disagree, we tend to side with them. But why stop at your car? Why not see what users are reporting about your camera’s life expectancy?


That’s exactly what the shutter life database on photographer Oleg Kikin‘s website is for. Created back in 2007, it’s a website on which people can log in and contribute by answering two questions: first, How many shutter clicks is your camera at?” and second, “Is it still working?” The more people that participate, the more theoretically accurate the calculated averages should be, though some of the numbers seem to be pretty clearly bogus. 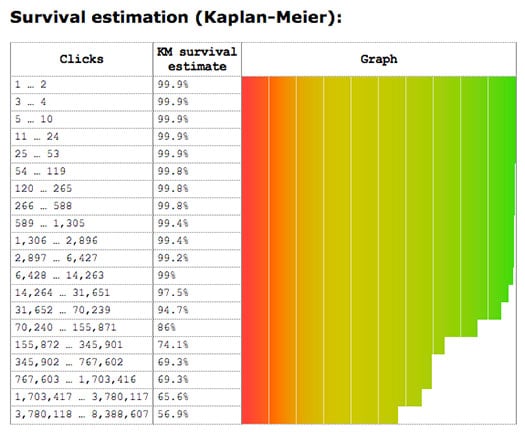 Canon officially lists most of its cameras shutter life expectancies at between 50,000 and 150,000 (with the 1D models averaging a bit higher at between 200 and 400K). According to Kikin’s database, you should expect closer to 350K out of your 5D. It may be surprising, but not implausible.

However, many of the outliers are sure to make you say “Huh?” Sticking with Canon, several users claim that their 5D Mark II shutters are still going strong at over 8 million actuations.

As long as you take the charts and figures with a grain of salt, the database provides an interesting look at how manufacturer shutter ratings are holding up on the cameras in the real world.