Last week we ran a story about temporary photo and video sharing app Snapchat’s recent explosion onto the market and how, sexting jokes aside, venture capitalists the world over are clawing to get a piece of the action. A few days later we found out that Facebook was about to rain all over Snapchat’s parade by using Snapchat’s idea to create its own app.


General consensus is that Facebook didn’t want to wait on Snapchat to get big enough that they’d have to spend another billion dollars acquiring and monetizing it, so they did the quintessentially capitalist thing — they just stole the idea instead. The new app is virtually identical to Snapchat. 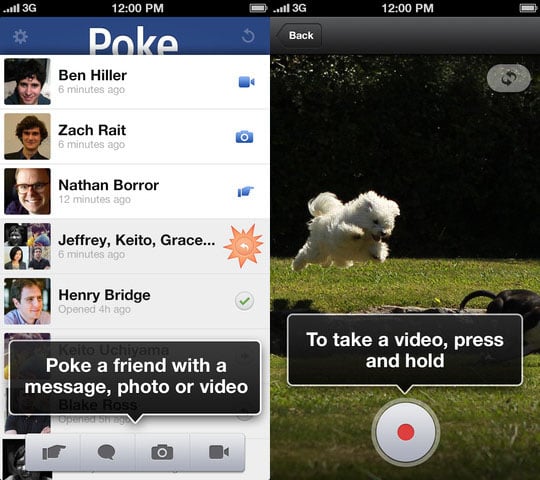 In fact, several features seem to come from a straight-forward “copy and paste.” Your time limit options include 2, 3, 5, and 10 seconds, you can draw or write on the photo before you send it, and they send you a notification if the person you’re messaging takes a screenshot.

However, not to be outdone, Facebook has added a few features that you won’t find on Snapchat’s app. These include the ability to carry on group conversations in one thread, send text messages, and add location data.

However you feel about the release, it seems Snapchat now has some serious competition. As TechCrunch puts it, Facebook’s entrance into the temporary sharing market “certainly validates the space, but only by bringing an 800-pound blue gorilla into it.” For now the Snapchat team are probably scrambling to close those funding deals, but Goliath’s entrance certainly doesn’t bode well for little David.

For more details check out the official announcement or, assuming you’re an iOS user, grab a copy of the app for yourself.