For a recent National Geographic story on giant sequoia trees, photographer Michael “Nick” Nichols was tasked with capturing a photograph showing the sheer size of one of the largest trees in the world. The video above offers a short but interesting glimpse into how Nichols and his team went about doing so.


The giant sequoia that was photographed is named “The President” and is located in Giant Forest of California’s Sequoia National Park.

Scientists estimate that the 247-foot-tall tree is at least 3,200 years old (imagine how much has happened here on Earth since this tree started growing!) and that it’s the second largest tree in the world in terms of volume (it’s neither the tallest nor the widest).

Nichols went about photographing it by hoisting a camera rig up into the air from a good distance away, snapping individual photos of smaller sections of the tree. 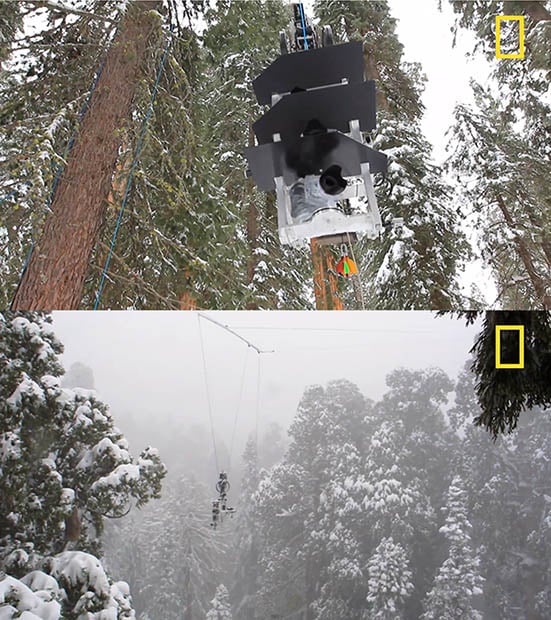 Afterward, he took 126 of the photographs and combined them into this beautiful composite photograph showing the tree in its entirety and showing exactly how large it is in relation to humans (click it to see a higher-res version):

(via National Geographic via NPR)