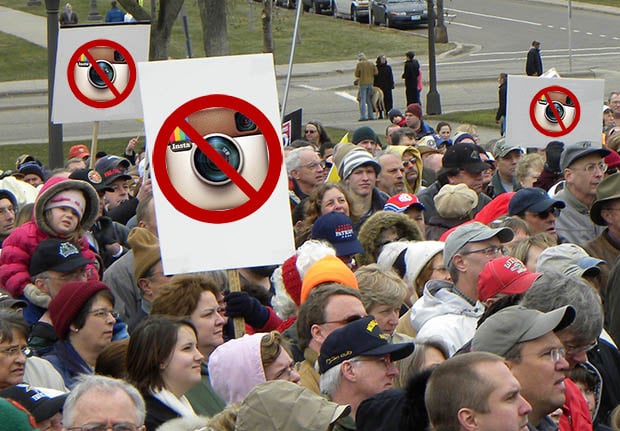 If you had any doubts regarding how much of a part of our culture Instagram has become, just take a peek at the public outcry that erupted after Instagram announced changes to its policies yesterday. The controversial edits were reported in media outlets around the world, and legions of die-hard Instagram fans took to social media channels to protest them.

People mainly focused on a section of the document that appears to give Instagram sweeping permissions to sell photos without consent or compensation to third-parties for advertising purposes.

Photographers, not wanting their photographs to be used commercially without their consent, immediately were up in arms. 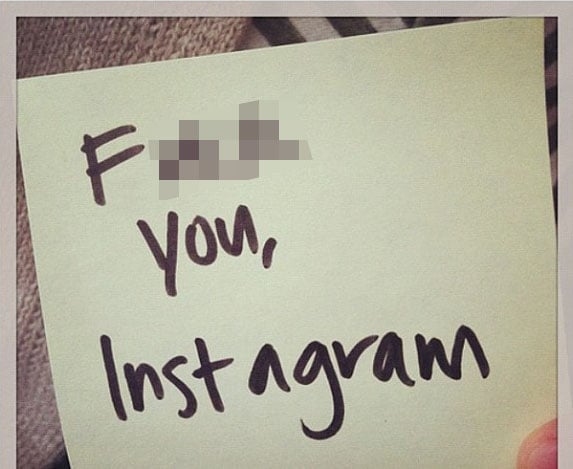 Time published responses from tens of well-known photojournalists who use the service and are planning to quit due to the new policies. Other publications featured headlines stating that Instagram will be selling its users’ photos and will risk compromising the privacy of underage users.

Certain power users are thinking of shuttering their accounts, while other notable figures already have.

Other publications tried to offer a more level-headed analysis of the revised documents. The Verge argues that the ill-worded terms are actually more innocent than they sound. Forbes has a term-by-term breakdown of the changes, explaining that it seems to be very similar to what Facebook is doing with Sponsored Stories.

In the wake of all this, Instagram’s Kevin Systrom has responded with a post on the company’s blog. He writes that Instagram is committed to answering questions, fixing mistakes, and eliminating confusion.

Systrom goes on to say that Instagram will be rewording certain sections of the Terms to be more clear and cause less anxiety among photographers:

As we review your feedback and stories in the press, we’re going to modify specific parts of the terms to make it more clear what will happen with your photos […]

The language we proposed also raised question about whether your photos can be part of an advertisement. We do not have plans for anything like this and because of that we’re going to remove the language that raised the question. Our main goal is to avoid things likes advertising banners you see in other apps that would hurt the Instagram user experience. Instead, we want to create meaningful ways to help you discover new and interesting accounts and content while building a self-sustaining business at the same time […]

One of the main reasons these documents don’t take effect immediately, but instead 30 days from now, is that we wanted to make sure you had an opportunity to raise any concerns. You’ve done that and are doing that, and that will help us provide the clarity you deserve.

Instagram lost a huge amount of user goodwill over the past day through this controversy, which just so happens to coincide with a new surge in Flickr user satisfaction due to its well-received mobile app update (one that makes it very similar to Instagram).

It definitely doesn’t help that Instagram is now owned by Facebook, a social network that has had its fair share of ToS controversies. The two services are going to need to work some magic to reverse this PR disaster, especially as more and more media outlets attempt to capitalize on the news frenzy by posting lists of Instagram alternatives.

How to Use a Holga as a Handheld Wet Plate Camera

Silly Portraits of People with Scotch Tape on Their Faces