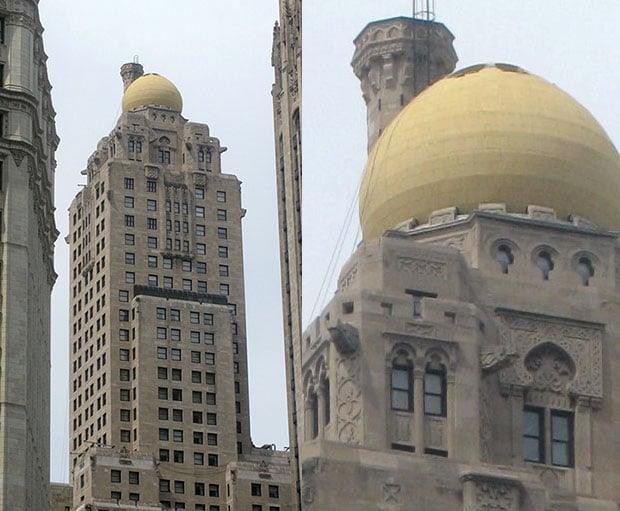 Less than a week removed from the train photographer tragedy in Sacramento, California, another sad story has made its way across our desks. A 23-year-old man named Nicholas Wieme died in the pursuit of a “rooftopping” photograph yesterday after he fell into a building’s smokestack in Chicago.


After eating dinner with his girlfriend in a restaurant at the InterContinental Hotel, the couple decided to climb to the top of the 42-story building, check out the smokestack, and shoot some photos from the high vantage point.

When Wieme reached the top of the smokestack he lost his footing and fell in, plummeting 22-feet down the scorching chimney before getting stuck in a small bend two stories below the roof.

The fall itself didn’t kill Wieme, who was able to send a text to his girlfriend asking for help; however, it took Chicago firefighters 4 hours to reach and safely extract him from the smokestack. And although he was rushed to a local hospital, he was pronounced dead upon arrival.

Rooftopping is becoming increasingly popular among thrill-seeking photographers who live in urban environments, and a common mindset seems to be that the more restricted the roof the better. Word Spy defines “rooftopping” as “Taking photographs from the roof of a building, particularly one accessed illegally.”

In this case, the hotel rooftop was indeed restricted to the general public but the duo were able to access the roof through an unbolted door.