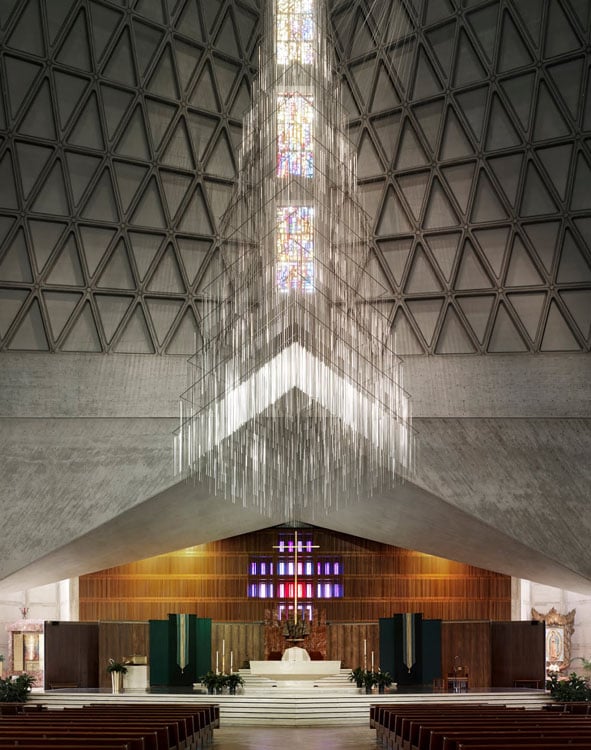 French photographer Fabrice Fouillet is interested in churches built after World War II. Specifically, he’s fascinated with how many of the buildings created in the 50s, 60s, and 70s deviated from architectural traditions built up over the centuries, and instead took on fresh new looks and radically different styles. Fouillet has traveled across Europe and the world in search of these churches, which were looked down upon when they were built but praised for their looks now. His project is titled Corpus Christi.

In his statement regarding the series, Fouillet writes,

Corpus Christi highlights the architectural aesthetic of the new places of worship and their hymn to minimalism, which has represented a genuine creative inspiration in modern religious architecture.

[…] This work also insists that many unique interiors structures could be made for the same type of institution.

The photographs are all taken from the same perspective. Fouillet positions his camera near the back of the sanctuary, and then captures a wide-angle photograph that includes both the pews below and the roof above. All of the resulting photographs captures the beautiful vastness of the spaces. 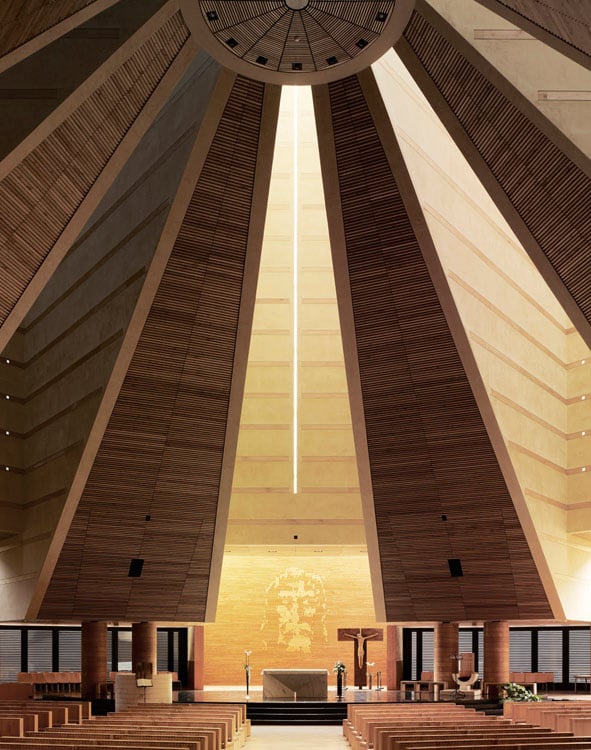 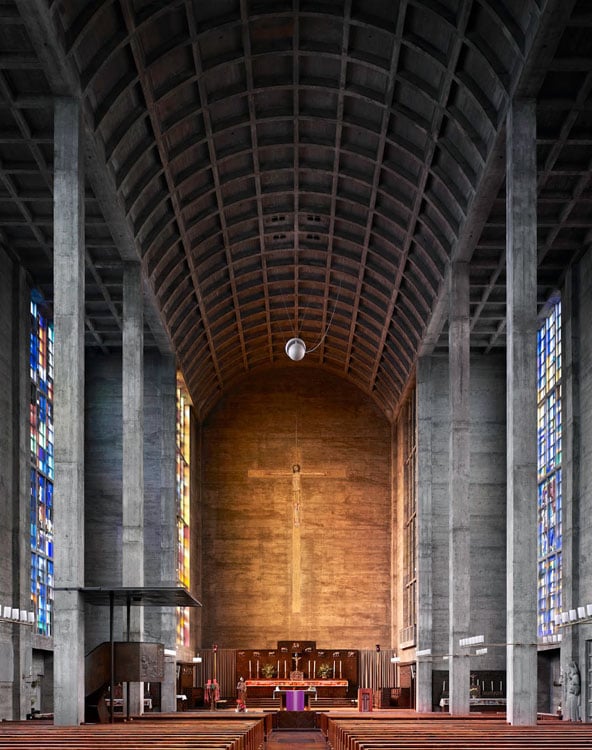 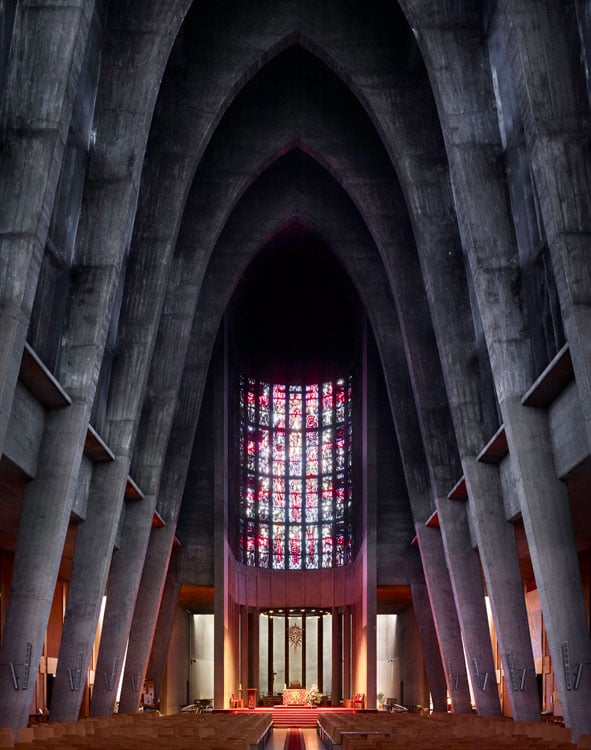 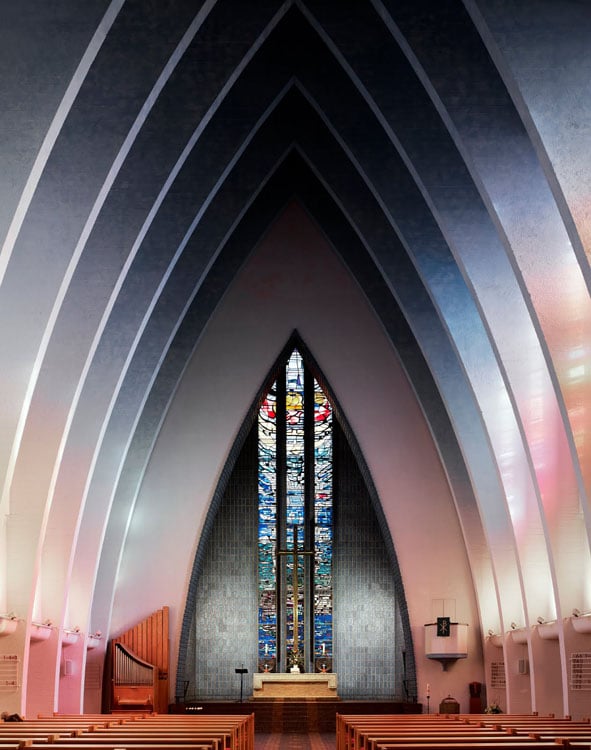 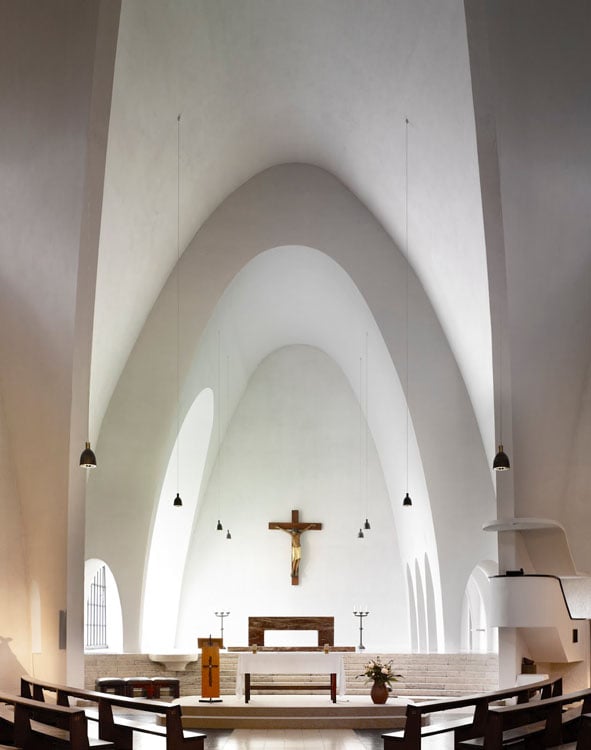 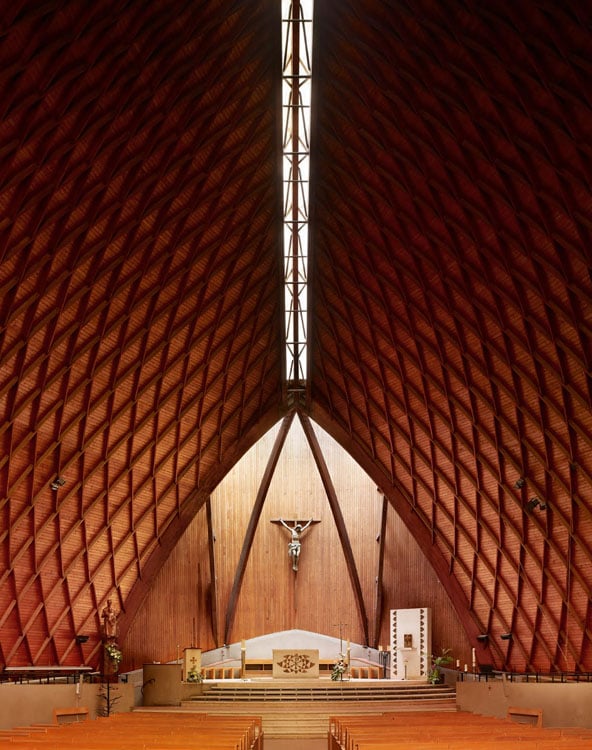 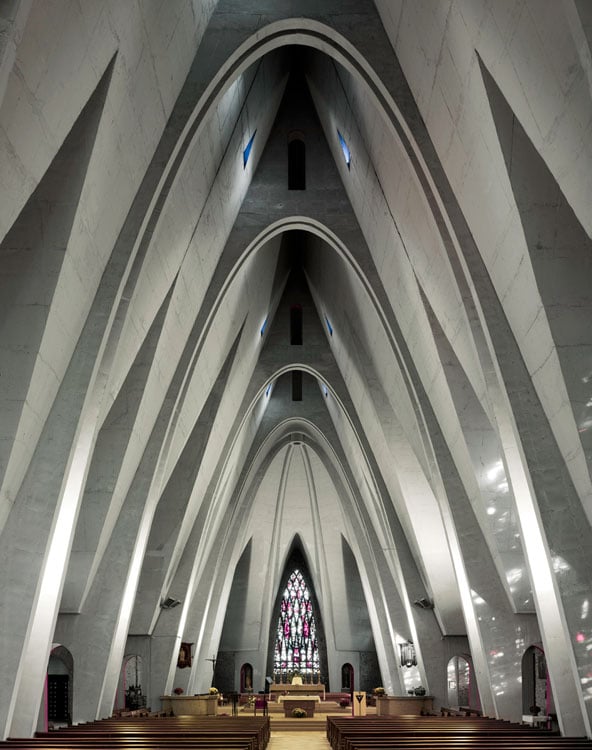 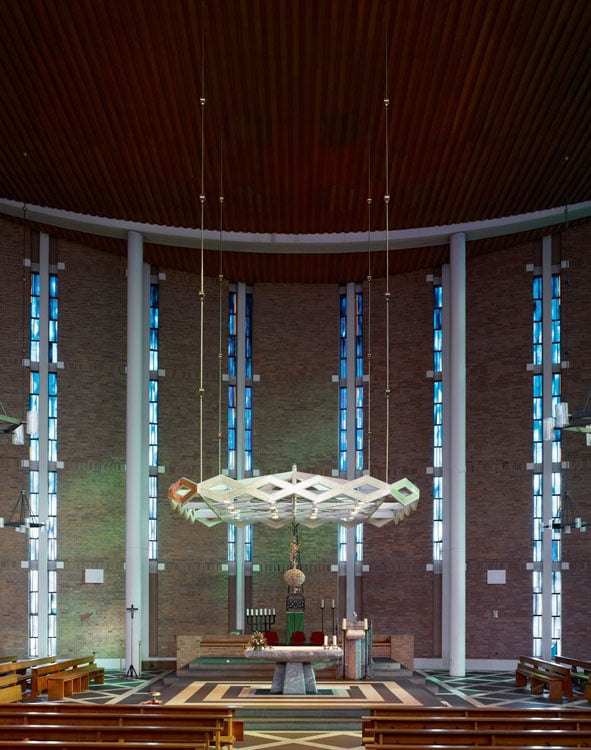 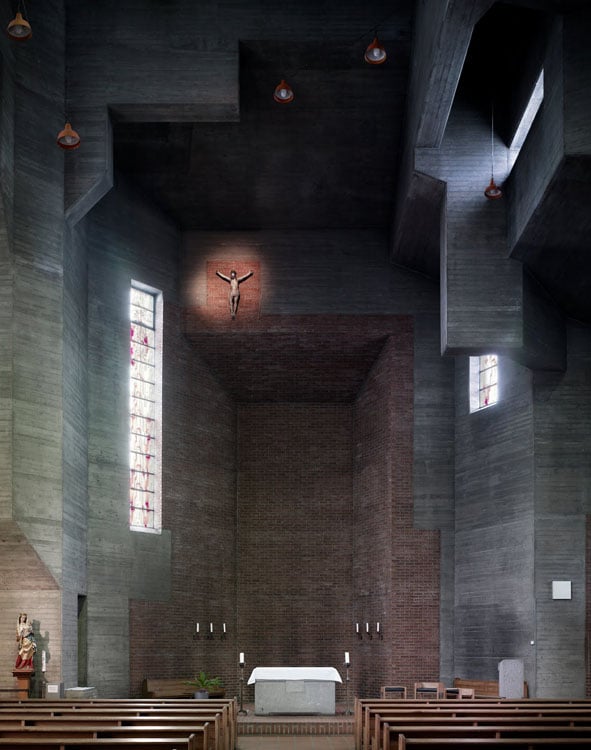 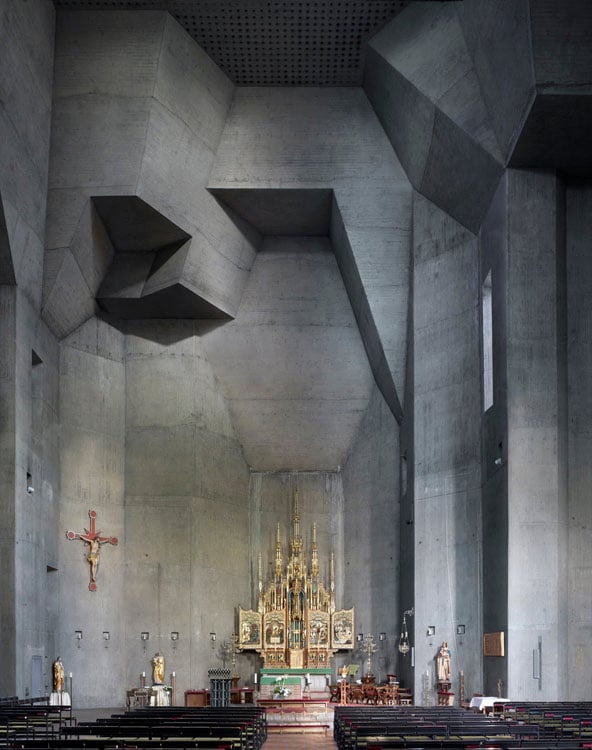 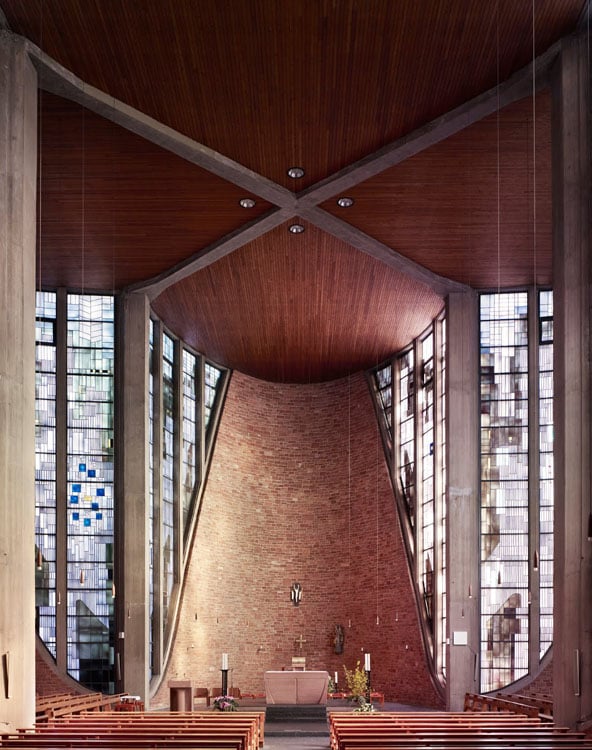 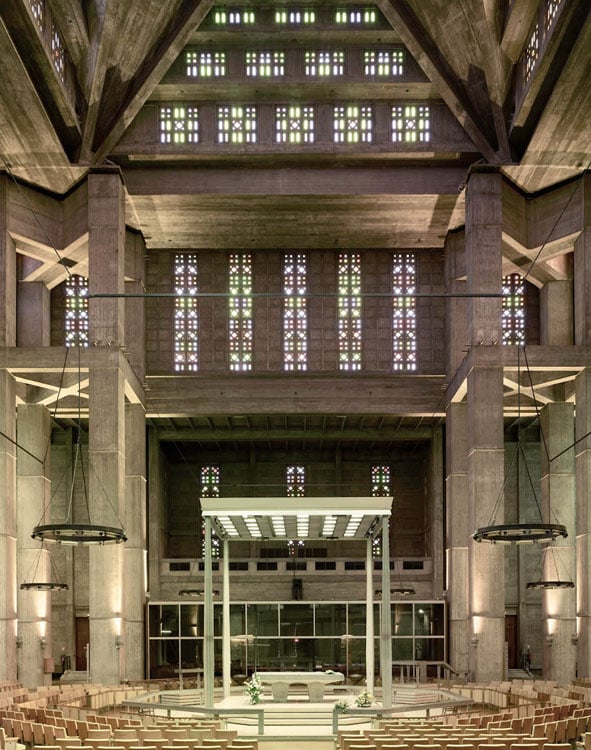 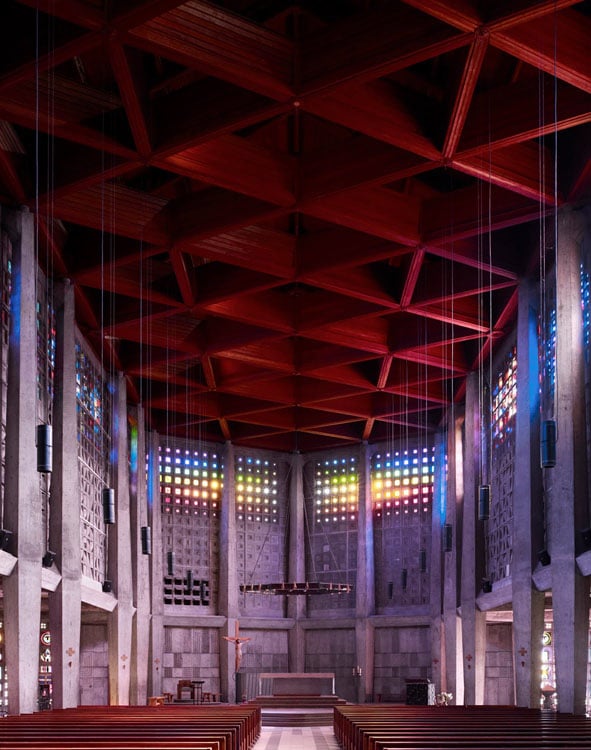 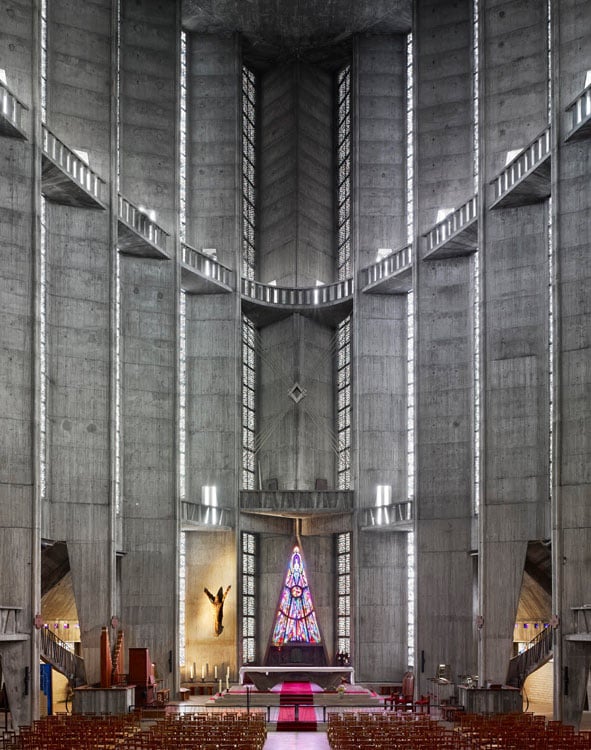 Image credits: Photographs by Fabrice Fouillet and used with permission

Snap Snap Snap: A Look Into the Mind of a Military Photojournalist

How Fake Photos Are Messing With Our Perception of Reality