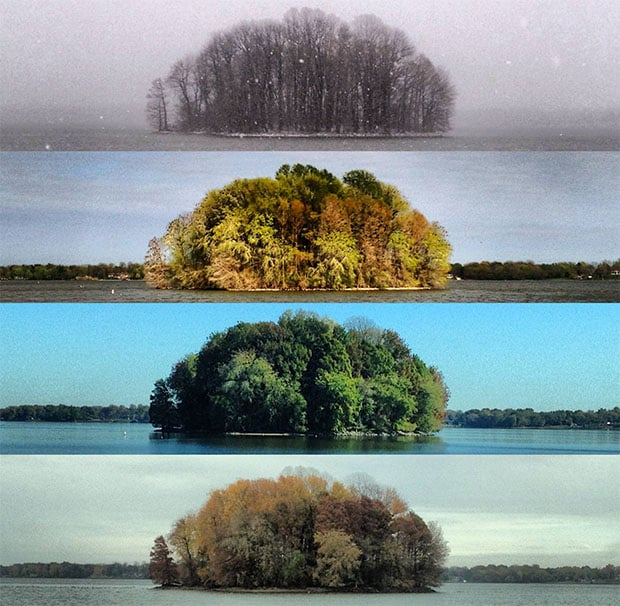 Photo enthusiast Tyler Casson shot the above photographs by visiting the same spot on the edge of Lake Springfield in Illinois over the course of one year and snapping a photograph using his iPhone. The project is titled “The Four Seasons of the Bush.”


The photographs received a good deal of attention in late October after Casson shared it on Reddit. The image quickly hit the front page of the social news website, and other users began submitting their own remixes of the project:

DrunkDrSeuss took the photos and overlaid them on top of each other:

HaIIows blended the images with some filters:

GamblingYouth did the same thing, but in a different order:

BlessedPeasant created an animated GIF that cycles through the images:

If you liked this project, be sure to check out photographer Paul Octavious’ “Same Hill, Different Day,” which features cross-season photos of a single hill in Chicago.