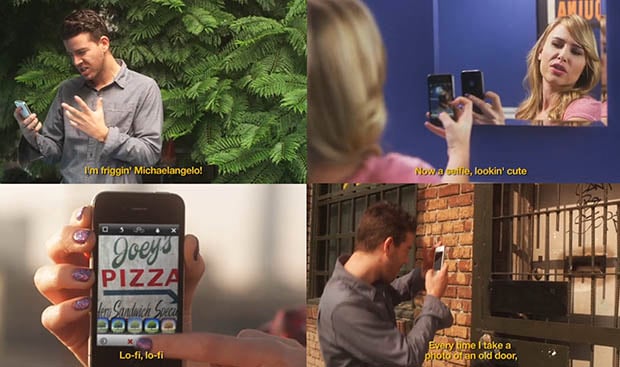 There are certain photographs subjects that you often find while browsing the photo sharing service Instagram. Examples might include feet, the foam art in cups of coffee, old doors, and duck-face self-portraits shot using a bathroom mirror. CollegeHumor released a parody music video yesterday that collects a whole bunch of these stereotypes into song.

The parody song is titled “Look at This Instagram.” You can watch it here (warning: there are a few cases of strong/crude language):

Nickelback’s original song is simply titled “Photograph.” It’s the band’s second most popular song on YouTube, with nearly 25 million views at the time of this writing. Here’s the music video:

(via CollegeHumor via Gizmodo)