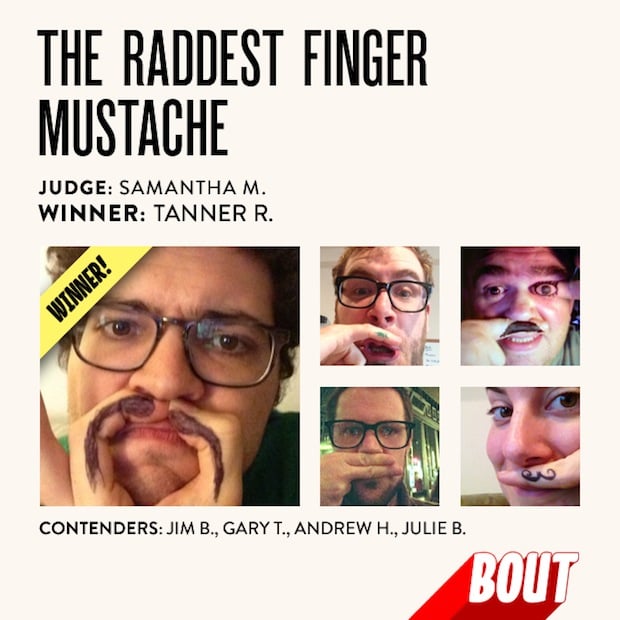 CollegeHumor — the folks behind such photo parodies as the Nickleback Instagram spoof and the overly-specific stock photos parody — are releasing an iOS game today. The game, dubbed Bout, gives you and your friends the chance to battle over taking the most creative or laughter-inducing photo when given a specific prompt.

To use the app, one player first selects a funny prompt (for example: the raddest finger mustache) at which point up to 5 friends can respond with their best illustration of that prompt. The original player then selects the best photo, awarding the winner points in the process. 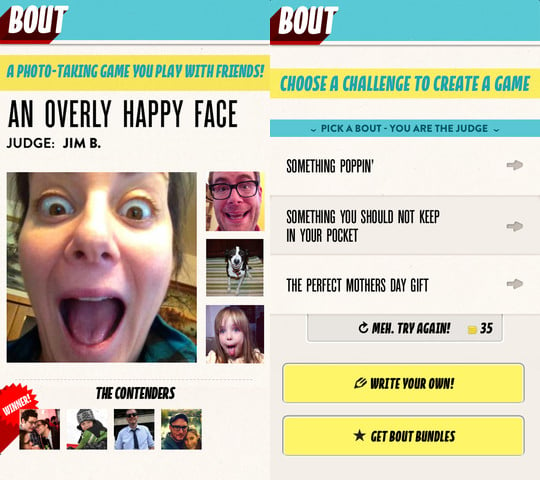 Each day, the CollegeHumor writers will contribute more funny prompts, including a daily “global” bout that all users can join in on. Eplaining the reasoning behind Bout, CollegeHumor co-founder Ricky Van Veen told AllThingsD:

Usually we have the set-up and the punchline. In this, we’re just giving the set-up, and letting other people provide the punchlines … There’s nothing people like more than to let other people know how funny they are. If we set it up and have someone else spike it, that’s a win. 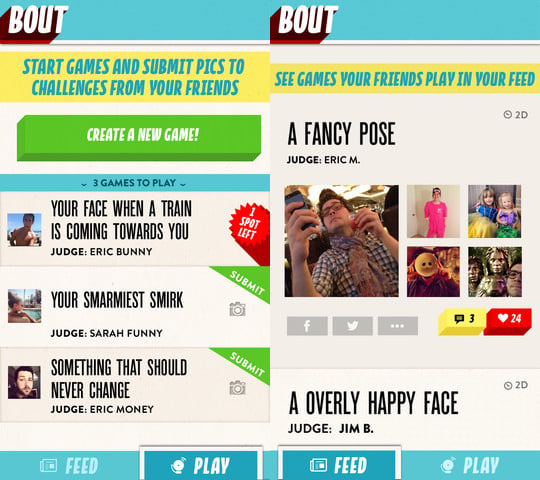 As with any app that requires friend participation, you’ll have to get 5 friends to play with you before Bout really becomes fun. But once you do, recruiting more people should become easier as you share results on Twitter, Facebook, Instagram and Tumblr using the app’s built-in social media features.

To check out the game yourself, head over to the iTunes App Store and cajole five of your friends to do the same.

Print Photos Off of Over a Dozen Online Storage Services with Pi.pe Prints