We’ve featured photographer Nick Fancher‘s pegboard backdrop experiments a couple of times now (see here and here), and each time the setup gets fleshed out a bit more. Yesterday, Fancher released the above time-lapse video that offers a behind-the-scenes look at how he constructed his “white room” inside his tiny basement (the ceiling is just 7-feet-hight).

Here are some of the resulting dancer portraits from the shoot seen in the video: 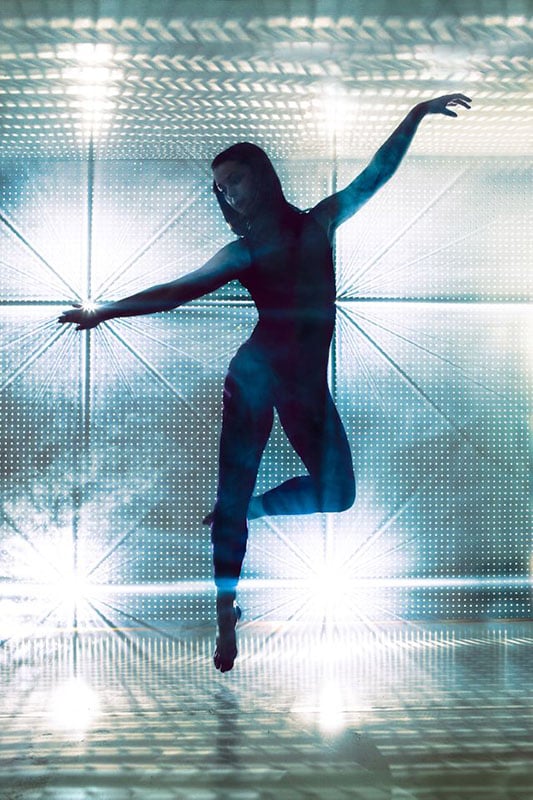 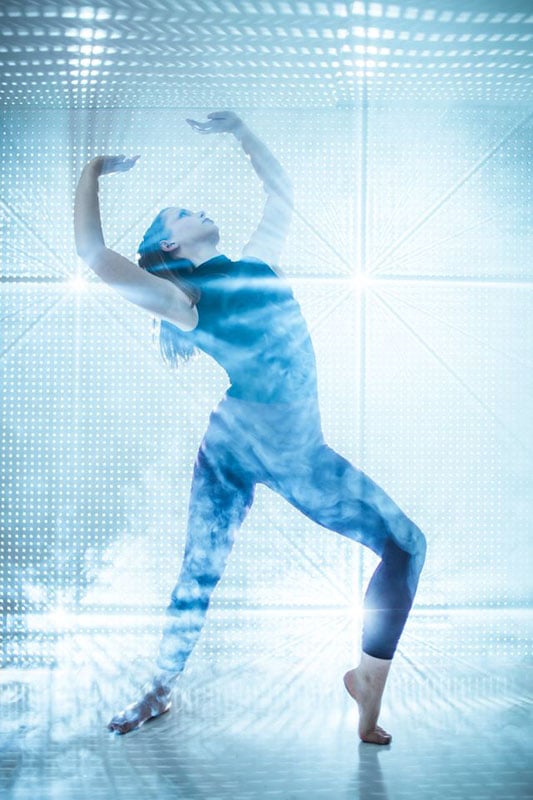 Another example of a look you can achieve using a pegboard backdrop: 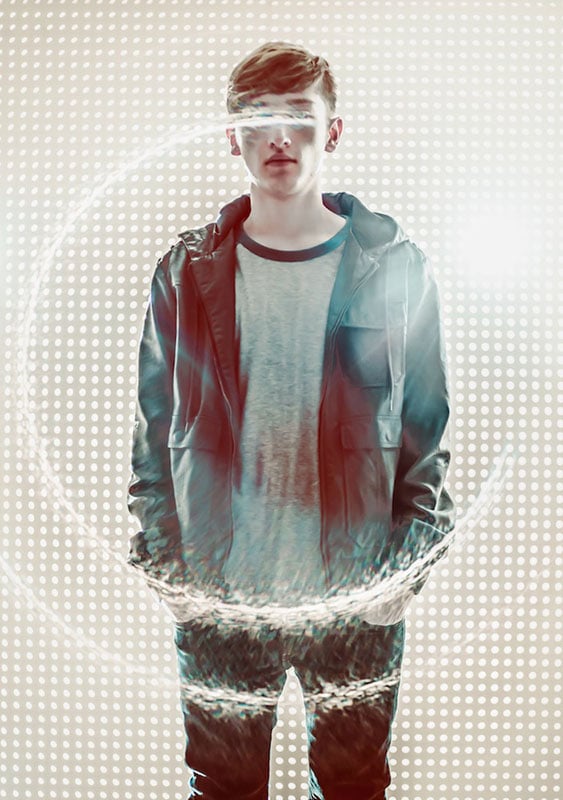 Fancher tells us that it was the result of a “happy accident”:

I was using an 85 f/1.8 instead of the 35 f/1.4 and I noticed that flare happened at certain angles. So I varied my height until I placed the flare where I wanted it. I didn’t get that radial pattern with any other lens though.

Someone needs to try this same concept with more sides built out of pegboard. We’re curious as to what the resulting beams of light would look like if you filled the space with smoke and light beams.

Curious Self-Portraits of a Photographer Balancing On His Head