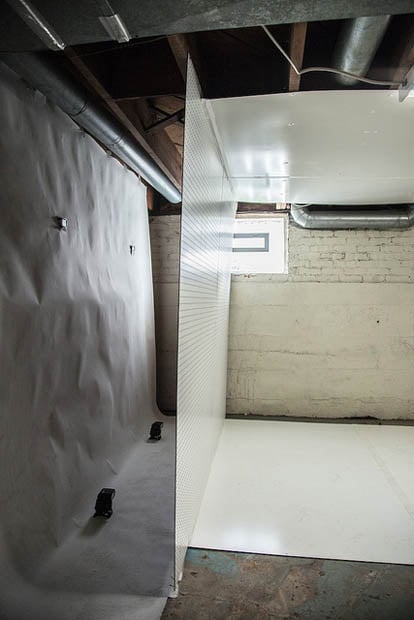 During Halloween a month ago, we shared a simple portrait idea by photographer Nick Fancher that involved firing a flash through fog and a perforated hardboard for a backdrop filled with beams of light. Since that initial experiment, he has taken the concept and developed it even more.

Fancher recently built a “white room” in his basement using sheets of white pegboard and hardboard. It’s essentially a white cube without side walls.

The ceiling is just under 7-feet-high, but Fancher is still able to shoot full-body portraits using the area. 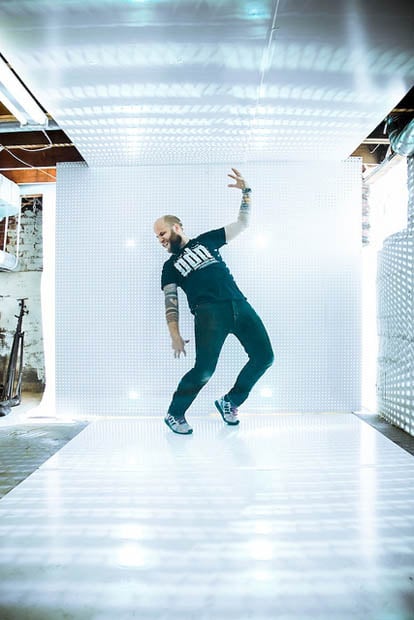 Firing strobes from behind the pegboard creates a pretty interesting look: 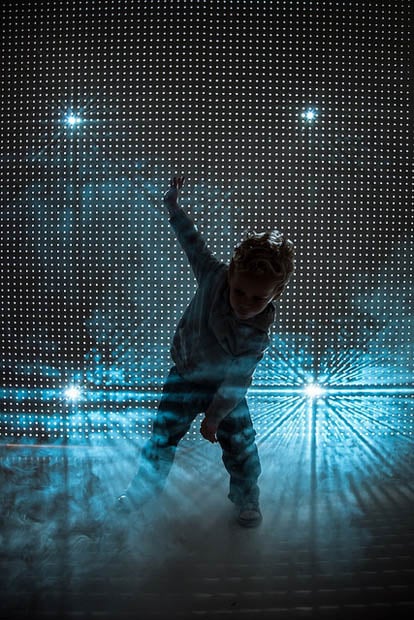 The white board definitely looks a lot better than the wood-colored board Fancher used last time.

You can find higher-res versions of these images over on Fancher’s blog and in this Flickr set.

‘The Photographer’: A 1948 Documentary on the Life and Work of Edward Weston