The Canon EOS M is quickly becoming the laughingstock of the mirrorless party due to its autofocus system, which leaves much to be desired in terms of speed. To show just how sluggish the system really is, Tomek Kulas over at M43.eu did this very simple yet informative “hands-on test” that pits the EOS M against one of its archrivals: the Olympus OM-D EM-5.


The OM-D EM-5 is well-regarded for its spectacularly fast (and quiet) autofocus system. Both cameras offer touchscreens and touch-to-shoot features, so doing the non-scientific test is as easy as pointing the cameras at the same object and then tapping the screens at the same time.

As you can see from the results above, there really is no contest between the two cameras — at least in terms of AF speed. The EM-5 does have a smaller sensor than the EOS M, though. It’s a Four Thirds sensor versus a DSLR-sized APS-C sensor. 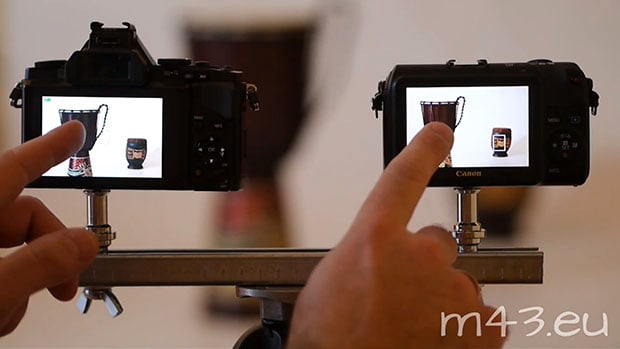 A couple of days ago we featured a funny little stop-motion animation that poked fun at the EOS M’s AF system. It was mixed into a camera review at the time, but has since been turned into a dedicated video. Here it is in case you missed it (the test above explains some of the jokes in the video below):