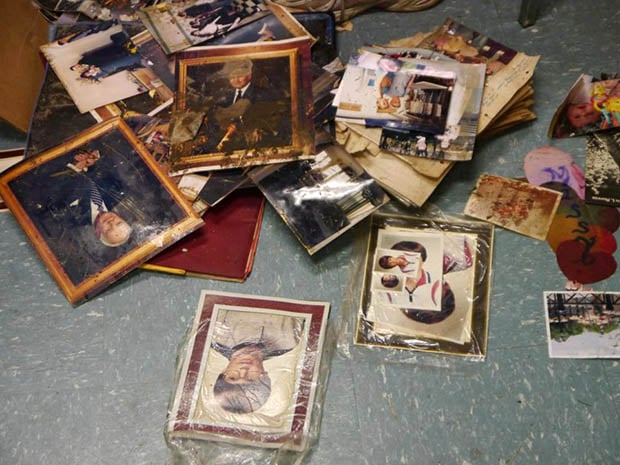 After the 2011 Tsunami in Japan, there emerged volunteer efforts to find, restore, and return precious photos swept away by the waters. CNN writes of a similar effort being done in the aftermath of Hurricane Sandy:

Jeannette Van Houten also lost her Union Beach home in Sandy, but buried among the devastation she found a calling — to return memories of happier times to the 1.8-square-mile township by reuniting residents with the family photographs that Sandy scattered to the winds. The day after the storm, Van Houten went for a walk along the shoreline to assess the damage and she stumbled upon a photograph of a couple attending a wedding. She leaned down, picked it up and, suddenly, her mission became clear. “Photos are the only things that hold us to the past […]” said Van Houten.

She soon started a Facebook page where she uploaded the pictures she found, hopeful that through the power of social media, residents of the small community would see them and be able to identify the faces and families in the photographs. Since she started, Van Houten has uploaded more than 2,000 photos to the Facebook page […] About 60 families have reclaimed photos so far, she said.

Thanks for sending in the tip, Rob!

BTS: Creating a Wet Plate Portrait Using an Ordinary Negative and an Enlarger