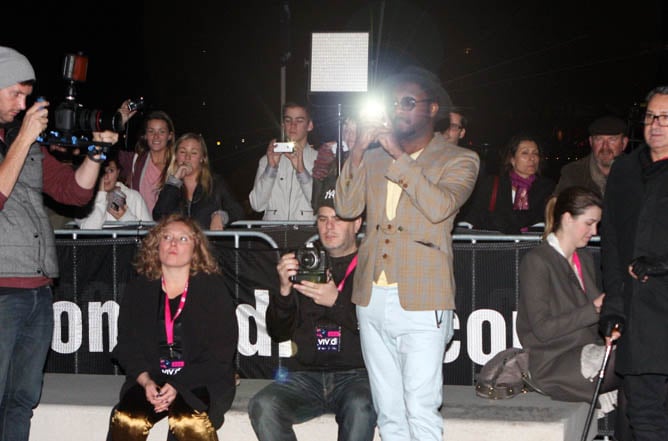 Want larger photos from your iPhone? Black Eyed Peas frontman Will.i.am has a solution for you. The entrepreneurial musician will reportedly be launching a new iPhone attachment next week that will “turn your smartphone into a genius-phone” and boost the phone’s camera resolution from 8 megapixels to 14 megapixels. Like the man who developed it, the device will have a quirky name: i.am+.


Will.i.am tells The Telegraph that it will be a dock that contains its own digital imaging guts:

We have our own sensor and a better flash. You dock you phone into our device and it turns you smartphone into a genius-phone. We take over the camera.

I was just hanging out [after a photo shoot in 2008], and one of the models took an iPhone picture, which circulated the planet before the shoot was even over. I took one of the photographer’s lenses and held it up on my [phone] and said “imagine this one day”. Then I said: “I’m going to do this”.

The new brand has a pretty sweet domain name: i.am. There will apparently be an online photo sharing component to the project as well: each user will have a custom online profile on the website, with URLs such as http://i.am/Will.

Pricing will be announced when the product is officially unveiled sometime next week in London. In case you’re wondering what the device looks like, there are photos floating around of Will.i.am holding up the attachment and carrying it around in a leather case.

(via The Telegraph via Engadget)