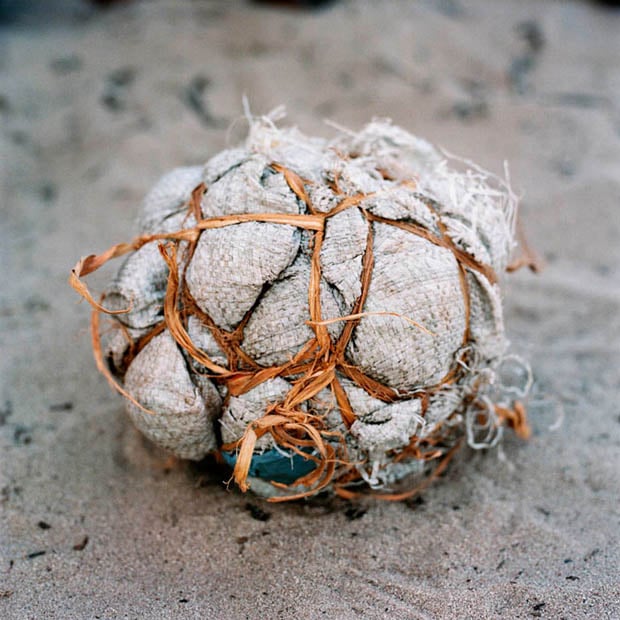 Soccer, known as football around the world, is played by hundreds of millions of people in hundreds of countries, making it the world’s most popular sport. However, a large percentage of its enthusiasts are unable to afford actual soccer balls to play with. Instead, they fashion their own makeshift balls out of things they have on hand — things like socks, rubber bands, plastic bags, strips of cloth, and string. The DIY balls may be difficult to use and ugly in appearance, but each one is a treasured possession of its owner.

Belgian photographer Jessica Hilltout decided to turn her attention and her camera lens on these one-of-a-kind creations, documenting “football in its purest form” in Africa. The project is titled AMEN.


Hilltout writes that the project changed her life:

The aim of AMEN was to shine the light on all those in the shadow of the World Cup, far from the big stadiums and the corporate carnival-nature of the event. To embrace Africa and everything that makes it unique. To speak of the authenticity and sheer ingeniousness of a continent that manages to do so much with so little. To capture people with simple needs and huge hearts. To express football in its purest form.

I was never much of a football fan, but I’ve always loved Africa. Eight months were spent on the road in 10 African countries with my Hasselblad, 80mm lens, digital camera, printer, log book and a stock of deflated footballs.

I just followed my gut and felt my way through villages in search of all those little details that speak of Africa’s great football passion. For me all the big stories are in the small details. People were incredibly helpful and once I had gained their trust they gave me more than I could ever have imagined 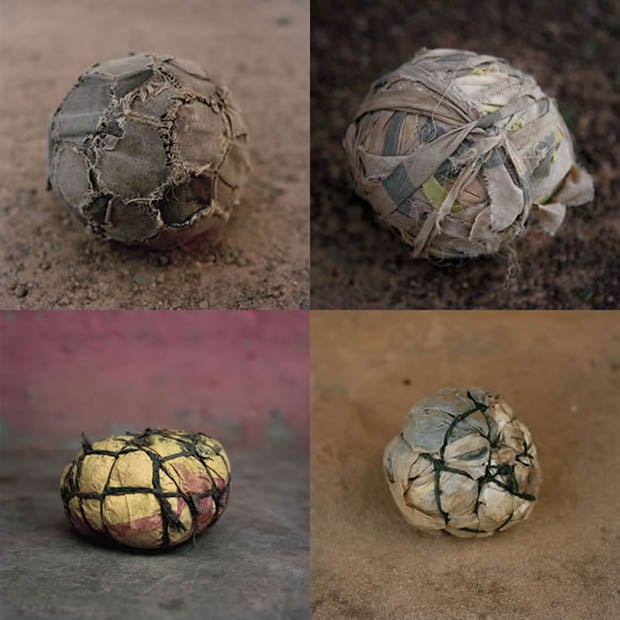 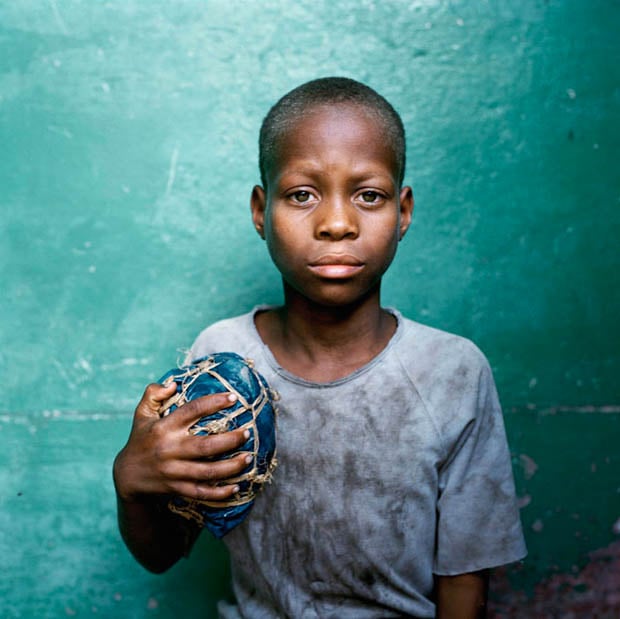 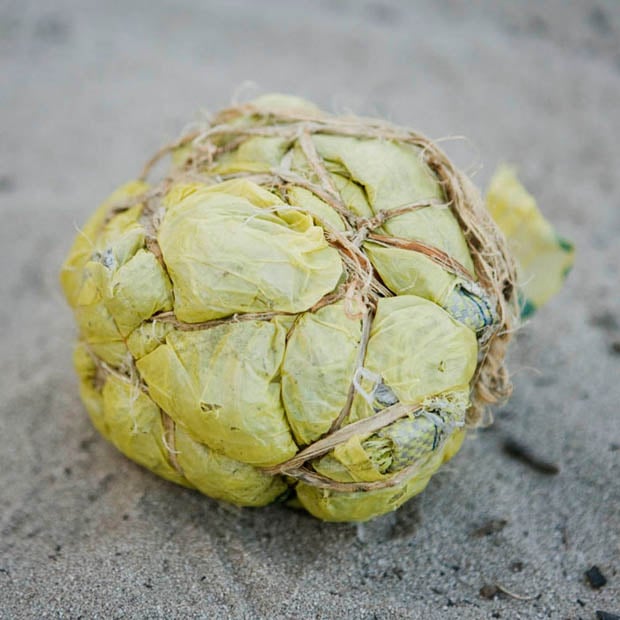 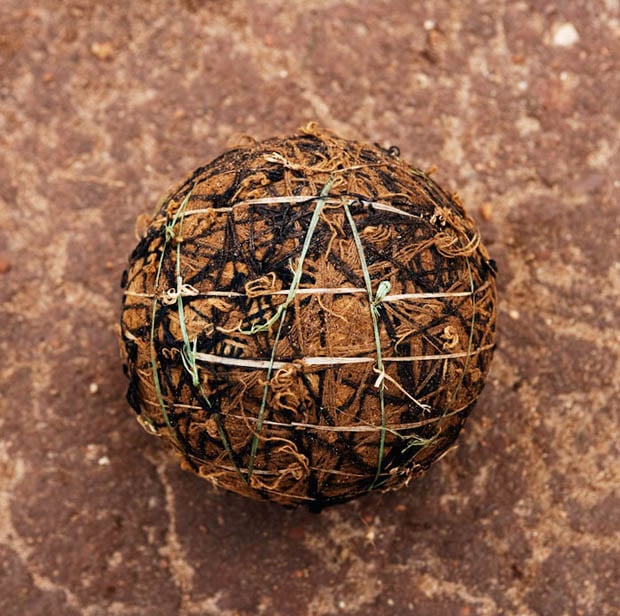 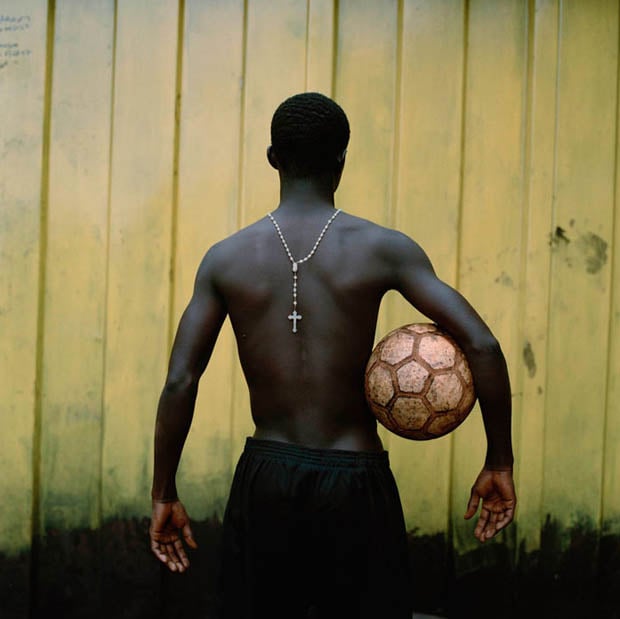 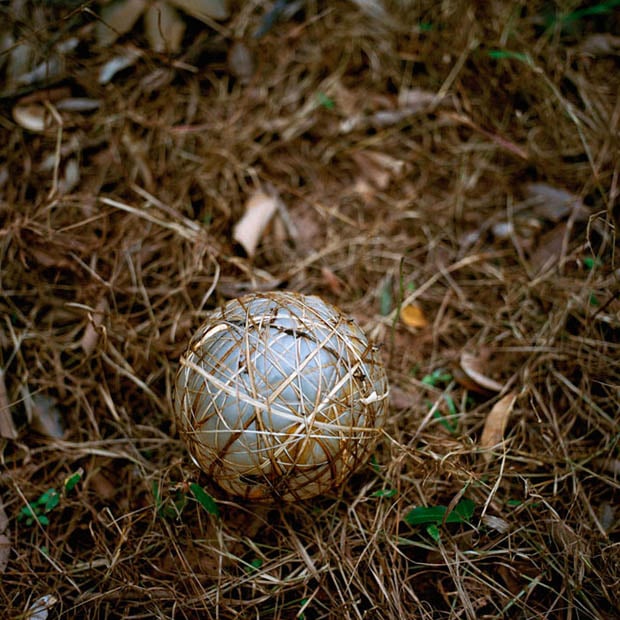 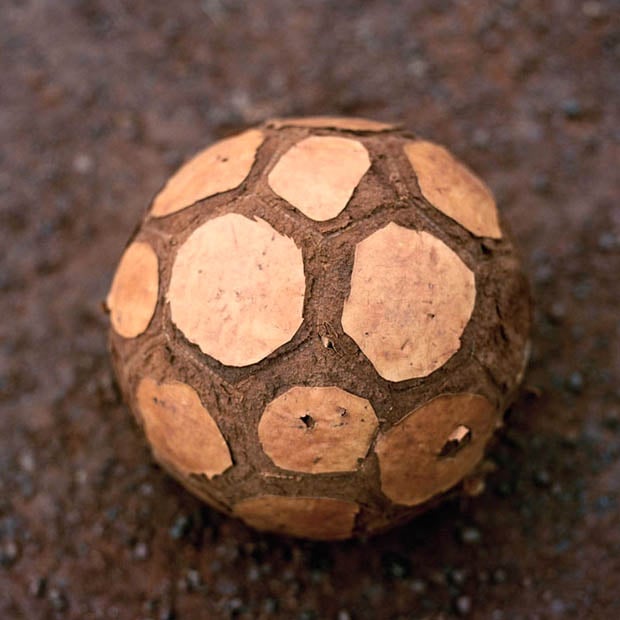 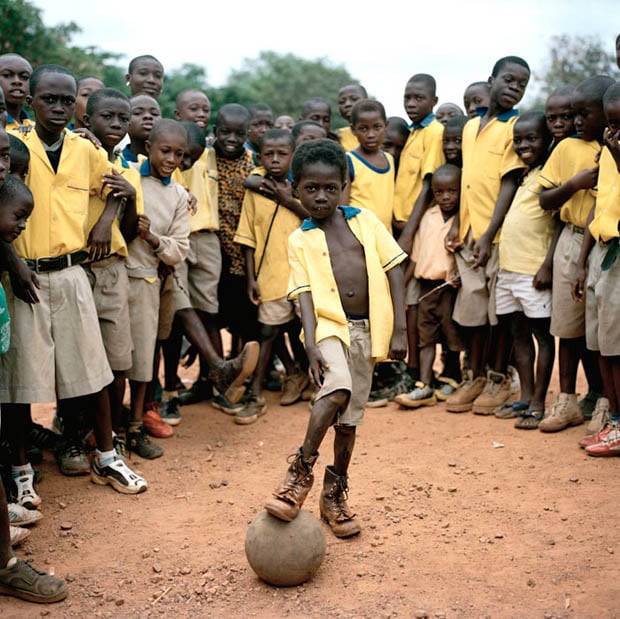 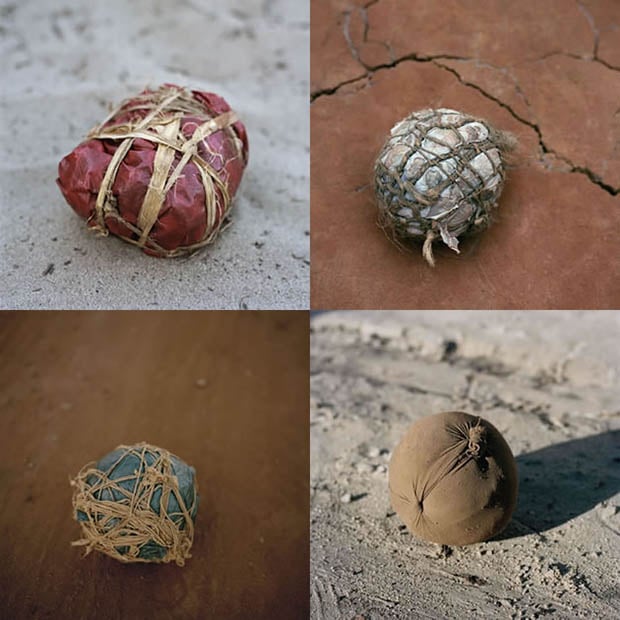 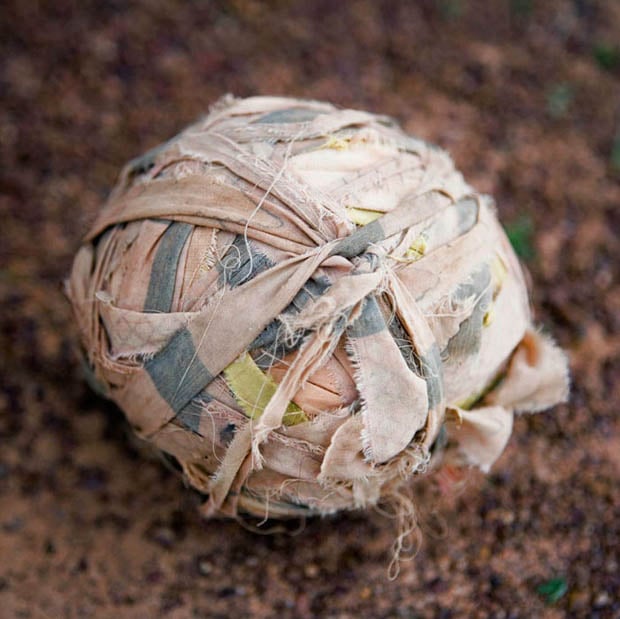 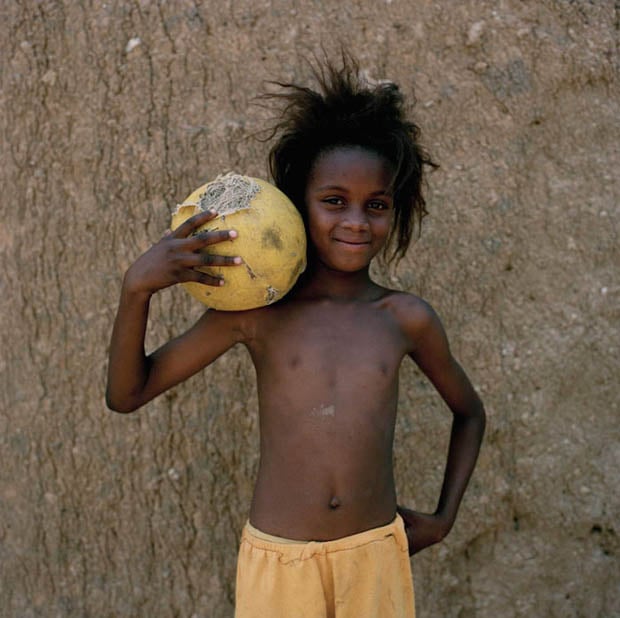 Hilltout says that she values simplicity in photography:

I choose to work with as little equipment as possible. The less I have choice in lenses the more I am focused on the subject. I work with a 1977 Hasselblad 500cm, an 80mm lens and a light meter. I use Kodak Portra 400asa film, which I over expose by a stop. I don’t shoot a lot of film, a couple of frames for each picture.

In addition to documenting the makeshift balls, AMEN also features photos of makeshift cleats goals, portraits of players, and shots of games being played.

If you’d like to own a copy of these images, the project is available as a paperback book, which can be purchased through Amazon.

Image credits: Photographs by Jessica Hilltout and used with permission