Although my work ranges from dangling people off the edge of rooftops, to tying them down in underwater shipwrecks, to lighting them on fire—I recently discovered four steps in the process that have remained consistent year after year.

On some occasions, the process can be just as exciting—if not more than the final result. Do not be scared to experiment and fail, but don’t invest time in something ordinary.

In other words, don’t just focus on creating work that you’ve already seen before. Look outside of the field of photography and start having idea sex with other people to make exciting and new revolutionary idea babies.

Once you have the idea down, it becomes a simple exercise of problem solving.

What kind of soccer ball should I light on fire? What type of fuel do I use?

Talent and Enthusiasm are the dream attributes to look out for in your team members.

Although it is obviously best to find an A-lister to participate in your projects, it is important to identify your Minimum Talent Threshold—otherwise known as “good enough”. Being too much of a perfectionist can result in Creation Paralysis, a situation where you can neither create or fail.

When you get stuck or tired, it is the enthusiasm of the individuals that surround you that will help you to complete your project.

Fans took turns to enthusiastically run after the ball over and over again for over two hours as we tweaked and refined the shot. (Photo Credit: Jon Williams/COOPH) 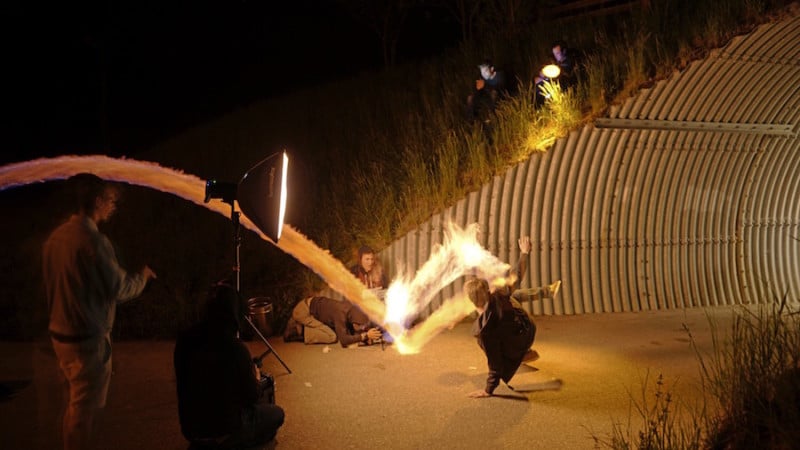 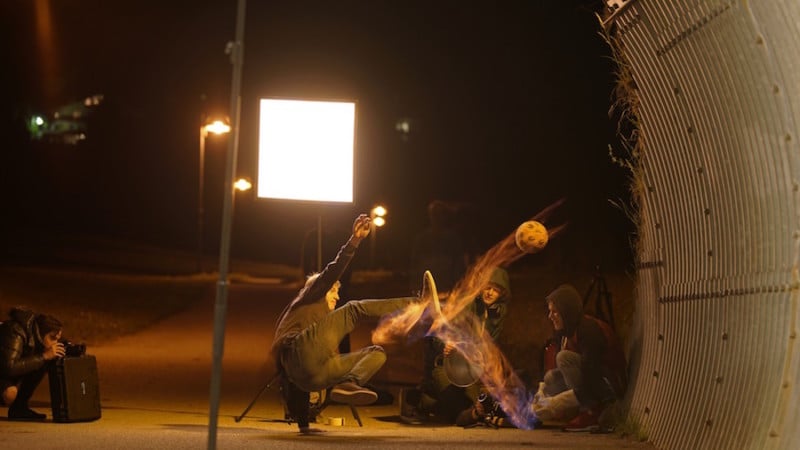 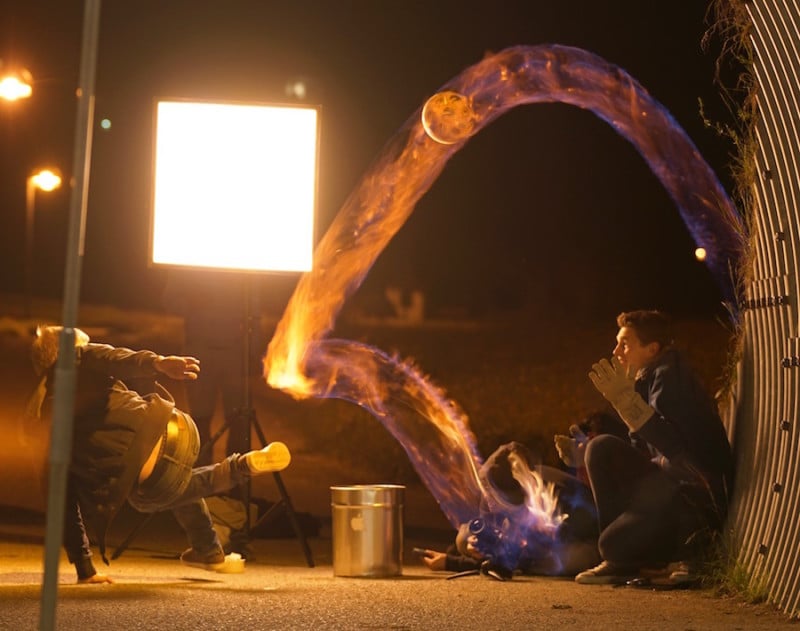 Being tenacious and constantly trying to refine your results, regardless of how good, is one of the keys to creating good work. The moment satisfaction creeps in, the urge to improve almost instantly evaporates.

Set the bar high, and never stop trying to push yourself to the next level.

This final image and the behind the scenes video up top were created in collaboration with COOPH, and shot using Broncolor’s new Siros L monolight and the Sony A7r II.

About the author: Benjamin Von Wong is a San Francisco based photographer currently focused on combining his epic style with environmental projects. If you have any ideas in mind, feel free to hit him up. This article was also published here.