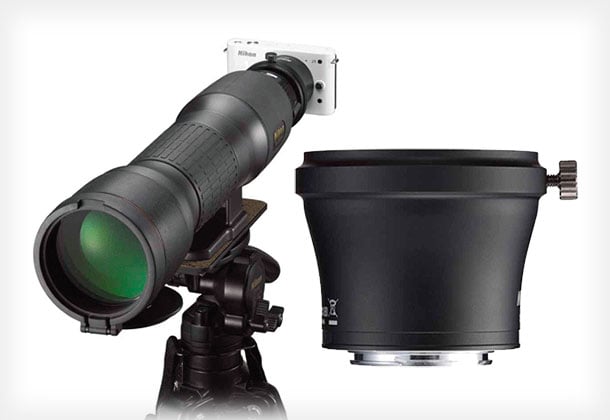 Digiscoping is when a photographer attaches an optical telescope to a digital camera and uses it as a super-telephoto lens. Although the image quality isn’t as good as an actual camera lens with the same focal length, it’s a much cheaper option for people who already own high-powered telescopes — bird photographers, for example. Nikon is no stranger to the digiscoping game, having released adapters for its DSLRs and compact cameras, but today it announced new accessories that bring digiscoping to the 1 Series mirrorless lineup. 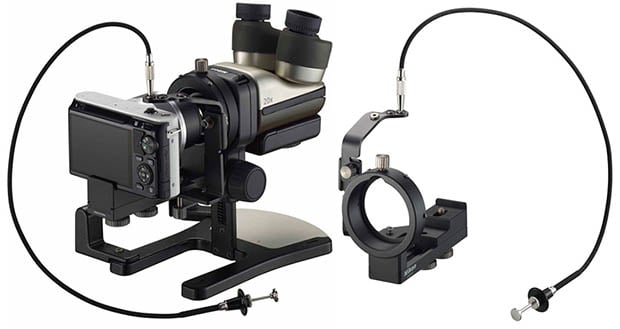 The Adapter and Bracket allow the camera to be attached body-only or with a lens, respectively: 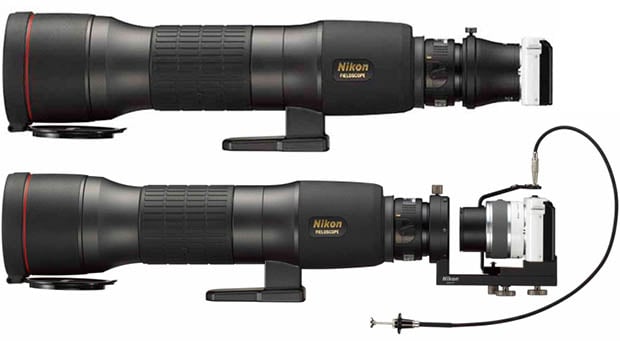 The Adapter is the simpler of the two options, allowing the telescope to be mounted like a standard lens. The Nikon 1 camera’s aperture priority and manual exposure modes can be used with an attached telescope.

If you’d like to snap photos through the eyepiece of the telescope while a lens is mounted to your camera, then the bracket is the way to go. Since this system is prone to vibration/shake, it comes with a cable shutter release to reduce blur. The kit also includes a rubber sheet for blocking out external light from the shot.

You’ll need to have a Nikon Fieldscope in order to take advantage of the accessories, though. The scopes cost from around a thousand dollars to up to around $5,000, and may include built-in vibration reduction.

Pricing and availability for both accessories have yet to be announced.

Analog Instagram: A Brief History of the Lomography Movement