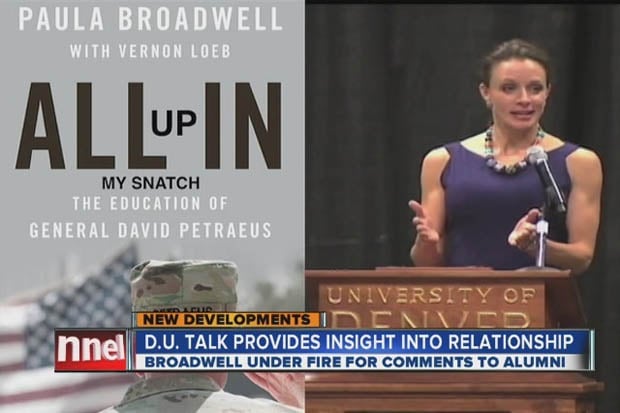 ABC Denver is very apologetic today after learning a hard (and embarrassing) lesson on why you need to be extra careful when sourcing photos from the web. On Monday, the 7NEWS station aired a segment on ex-CIA director David Petraeus and his affair with his biographer Paula Broadwell. When mentioning Bradwells new book, titled “All In,” the station put up a book cover with a lewd title that read, “All Up In My S**tch.”

Here’s a clip showing what aired:

In an apology posted to the news station’s website the next day, 7NEWS news director Jeff Harris states,

It was a mistake. It was a regrettable and an embarrassing error. We are mortified this appeared during our 5 p.m. news broadcast. The editor pulled the image of the book cover from the Internet without realizing it had been doctored. We sincerely regret the error and have corrected the story to avoid any recurrence of its broadcast. We are following up internally as well to avoid a repeat of this inexcusable oversight.

That’s a very plausible explanation, but some people aren’t buying it, saying that the image is very difficult to find through search engines and that you have to go out of your way to locate it.

You can bet the station will now be double- and triple-checking images whenever it turns to Google as a source for photography.