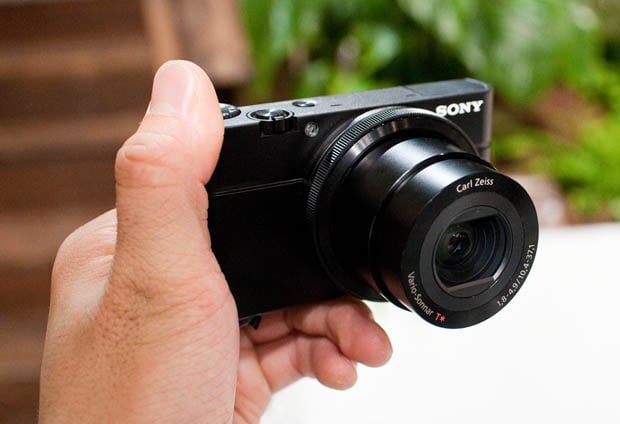 Earlier this year, New York Times gadget columnist David Pogue wrote a glowing review of the Sony RX100 large-sensor compact camera, calling it “best pocket camera ever made” and saying that “No photos this good have ever come from a camera this small.” It seems like his review was on the mark: the camera has since received similarly enthusiastic reviews across the web and was awarded “Advanced Compact Camera Best Product 2012–2013” by the EISA. Now, Time has selected it as one of 2012’s best inventions, saying:

Digital cameras have been getting smaller and more capable every year, but that trend took a huge leap forward in 2012 with the Sony RX100, which bridges the gap between point-and-shoots and pro-quality digital SLRs. Sony’s innovative design and 1-in. (2.5 cm) sensor allow the camera to take flawless photos even though it’s 20% slimmer than your average digital SLR—small enough to fit in your pocket.

Google Glass and a tactical ball camera were two other photo-related inventions that made the list.

(via Time via SAR)