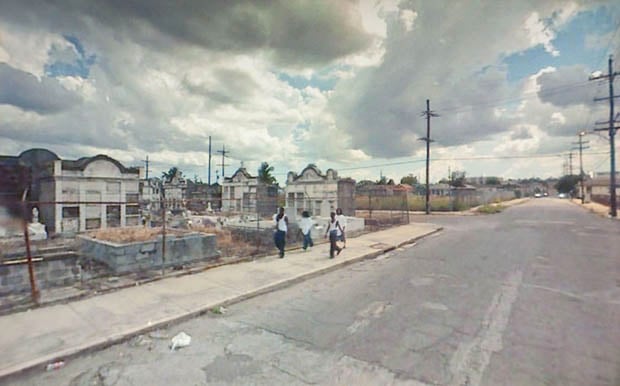 The debate rages on: should appropriated Google Street View photographs be considered art? There are quite a few artists and photographers out there who think it should be. Photographer Michael Wolf was awarded Honorable Mention for his curated screenshots at the World Press Photo 2011. Photographer Aaron Hobson takes screenshots and turns them into gorgeous panoramic photos. Jon Rafman’s screenshots were picked for an exhibition at London’s Saatchi Gallery.

Now here’s another case that might cause a lot more head-scratching: photographer Doug Rickard‘s Street View screenshots have been selected for the permanent collection at the San Francisco Museum of Modern Art.

Here’s a recently-aired PBS segment that takes a look at Rickard’s work:

Photographer Doug Rickard sees artistic possibility in the images of people captured in the photographic drive-bys that make up Google Street View. He has travelled thousands of virtual miles, looking for potential photographs in Google’s maps that have more than just utilitarian purpose. [#]

Acclaimed American photojournalist David Burnett has some strong words regarding Rickard’s work, saying that he takes exception to “treating the work of secondary ‘appropriators’ as ART”:

[…] when serious galleries decide that this kind of “appropriation” is the “art du jour” it denigrates all who think of themselves as artists. Does his work “evoke a connection to the tradition of American street photography, with knowing references to Walker Evans, Robert Frank and Stephen Shore.” Absolutely NOT. Anything that requires nothing more than a LOT of looking at images online, and then photographing them to make prints, is just NOT where any of those actual photographers ever were […] I’m sorry we don’t know the name of the driver of the Google Street car. That’s the guy who should have a major show at a major gallery, though your mileage may vary.

Interestingly enough, Burnett says that he was a member of the World Press Photo jury that originally “‘took note’ of the value of Google Street.”

Here are a couple more Rickard “shots” that caught our eye: 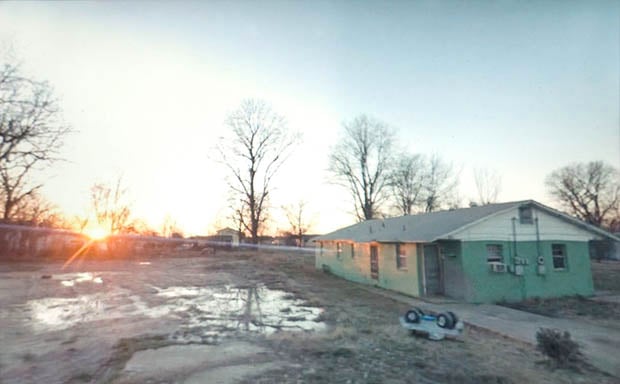 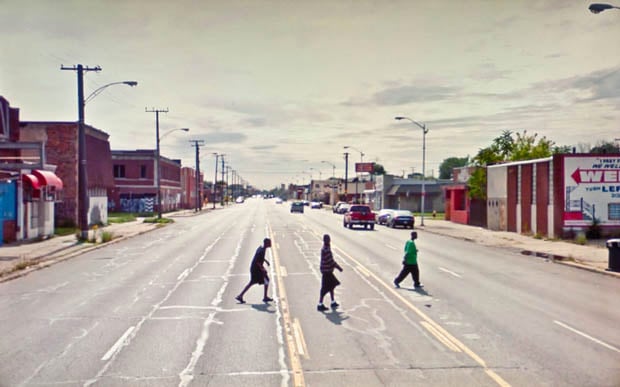 You can check our Rickard’s work for yourself over on his website under “A New American Picture.”

The Big and Empty Apple: A Time-Lapse of New York City Without Humans