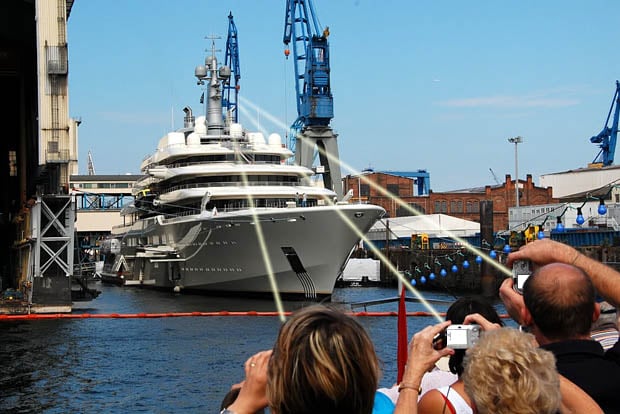 Earlier this month, we featured an upcoming license plate frame that uses bright flashes of light to prevent traffic enforcement photographs. In the article, we mentioned that the concept could potentially be used by the rich and famous to avoid the constant gaze of paparazzi cameras. Turns out the rich and famous are already one step ahead of us.


The system was reportedly installed in the $1B+ ship back in 2009, and uses lasers to scan the surrounding area for digital camera CCD sensors.

When it discovers a camera being pointed at the Eclipse, the system beams a bright light directly into the camera to completely wash out any photograph as it’s being exposed. 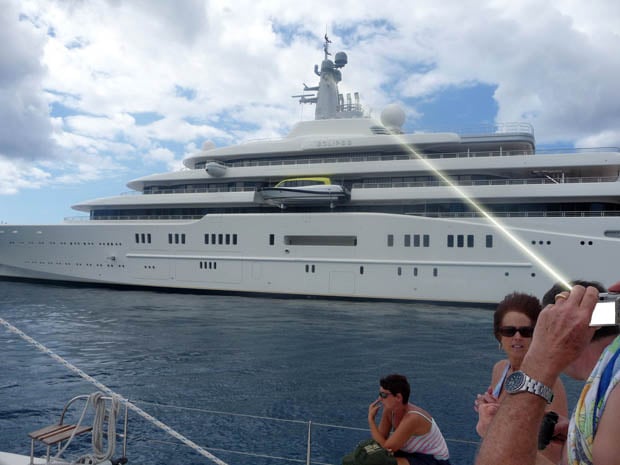 According to The Times, which broke the story at the time, the “shield” can be easily switched off to allow special guests the opportunity to snap personal photographs. Only when paparazzi are spotted is the system flipped on.

After news of the photo-defense system started spreading, Amateur Photographer asked a couple of lawyers about the legality of such a device. While they didn’t arrive at a conclusive answer, the main questions are whether there is a “reasonable expectation of privacy” while floating around in a yacht and whether the shield inflicts any damage upon cameras and/or photographers.

One thing’s for sure, though: Eclipse isn’t going to get ticketed by a traffic enforcement camera anytime soon.

(via Amateur Photographer via Wired)

Image credits: Photo illustrations based on Eclipse by Niels Linneberg and The Eclipse, St Barts by alljengi